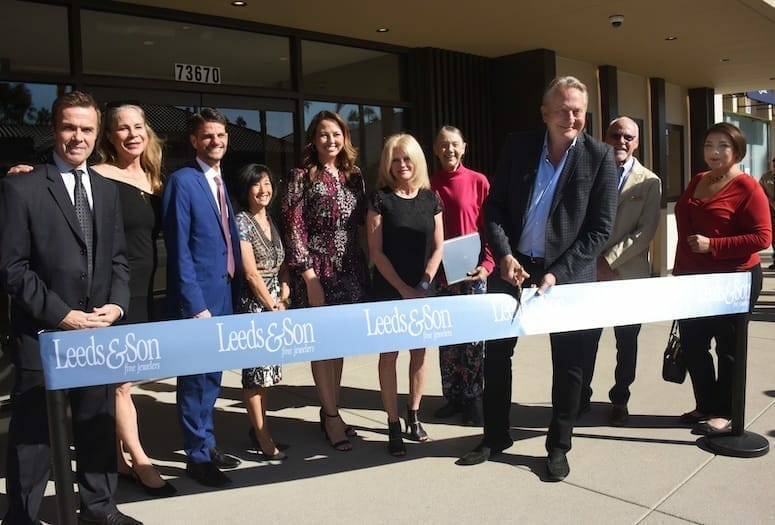 With the recent reopening of its expansive and remodeled store on El Paseo in Palm Desert, Leeds and Son Fine Jewelers has not only distinguished itself locally, but internationally.

No jewelry store in the Coachella Valley has roots as deeply planted as Leeds and Son, beginning in 1947 when Edward and Eleanore Weiner opened their first store in the desert in downtown Indio. Their son, Terry, now CEO and president, has successfully ushered the business through subsequent moves to Palm Springs and then Palm Desert. 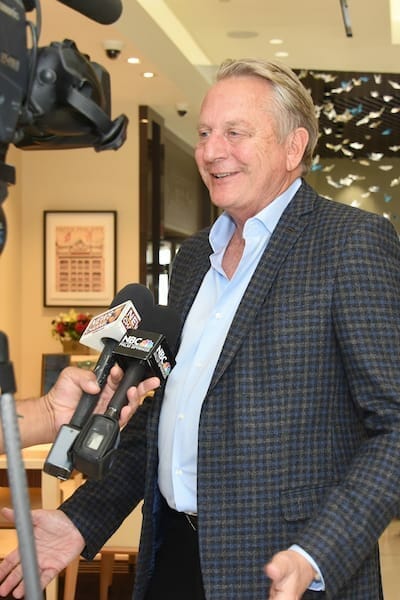 The principles his parents used to guide the business during those early years were passed on to Terry and his sister, Riki Stein, and instilled in their dedicated staff. The legacy the store has built over 75 years did not come simply from a passage of time, but through the many customers they have touched.

“My parents instilled the sense of luxury, integrity, and taking care of your customers,” Terry Weiner says. “They felt that they never wanted to sell a customer one item. They wanted to sell their family jewelry, and their grandchildren, and children, and great grandchildren jewelry. There was a sense of a long-term commitment here to the customers and the community. We've never wavered from that.”

One step into the store and you immediately sense an inviting openness and meticulous attention to detail. Weiner says the effort that went into reimaging the 6,200 square-foot store matches the store’s international reputation.

“We wanted to, over the years, accomplish the success of being a world-class jewelry store, not necessarily, just a local jewelry store,” Weiner says. “I think we achieved that. Leeds and Son is now recognized internationally. I have friends that have jewelry stores in Dubai that know of Leeds and Son. If I'm in Italy, where I have a second home, people have heard of this store. They've heard of Palm Desert.”

Adds Weiner, “The other hope that we wanted to achieve on this project was a customer that does shop internationally, whether it's London, Paris, Rome, or New York, would walk into this store and have that same sense of international feel, the same sense of luxury.” 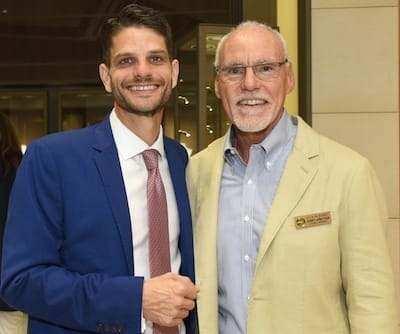 Equally important, Weiner says the furnishings and design touches inside the store mirror what you would find in high-end homes across the Coachella Valley. The resulting experience inside the store from the look to the service is akin to welcoming extended family.

“I noticed that when people go shopping very often, they're in a completely different environment than their environment at home,” Weiner says. “It seems strange to have that. We actually used residential designers (Prest Vuksic Greenwood Architects in Palm Desert) to design the interior, so that we could create a residential feel.

Customers will enjoy the concierge experience and private VIP viewing rooms for Rolex and Patek Philippe. Leeds and Son is the only authorized Rolex Jeweler in the Coachella Valley, and the Swiss-based company’s design team provided invaluable input into the customer experience.

“Brands like Rolex and Patek Philippe view us as a partner, not just a customer,” Weiner says. “It's a working relationship. It's symbiotic, and we do everything we can to uphold their standards, as well. When we conduct our business here, it's very important to us that we do things the Rolex way, or the Patek Philippe way. That's a high standard.” 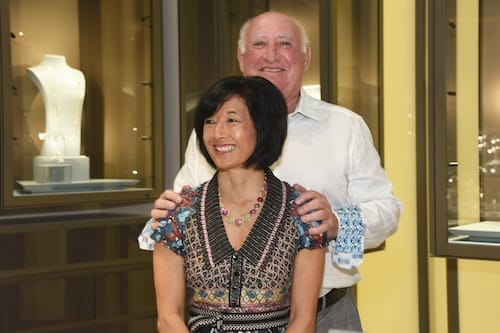 During the construction process, many of the contractors working on the project had bought their engagement rings at Leeds and Son 40 or 50 years ago. Even California State Assembly member, Chad Mayes, representing the 42nd District, shared with those in attendance at the reopening how Leeds and Son was there for him at an important juncture in his life.

“This is where I got my engagement ring,” says Mayes, who presented Weiner with a proclamation from the state assembly recognizing Leeds and Son’s 75 years in the watch, diamond, and fine jewelry business.

“It's fascinating actually the number of the people in the community that I've heard how Leeds has been there for them in important parts of their life. Certainly has been for me,” Mayes says.

Palm Desert Mayor Kathleen Kelly echoed Mayes remarks. “You have achieved your vision,” she says. “As soon as I walked in, I experienced exactly what you described. So the foundation is here for at least another 75 years, and it's a privilege to come in and celebrate this milestone with you.”