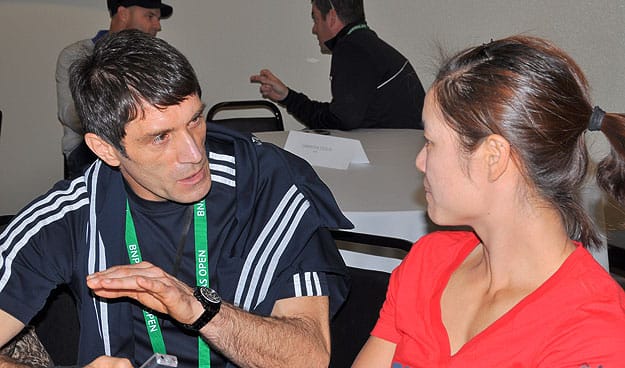 Yet despite all the hoopla in the media, Li Na remains stoic, rather shy, and when dining in the desert chooses to keep a low profile.

“My husband [and coach Jian Shang] and I go for Chinese restaurants,” Li Na told www.palmspringslife.com. “We order our meals in Mandarin, and then we go for ice-cream!”

Her favorite ice cream, she says, is Häagen-Dazs. Not surprising, given her 1$ million endorsement deal with the famed ice cream icon.