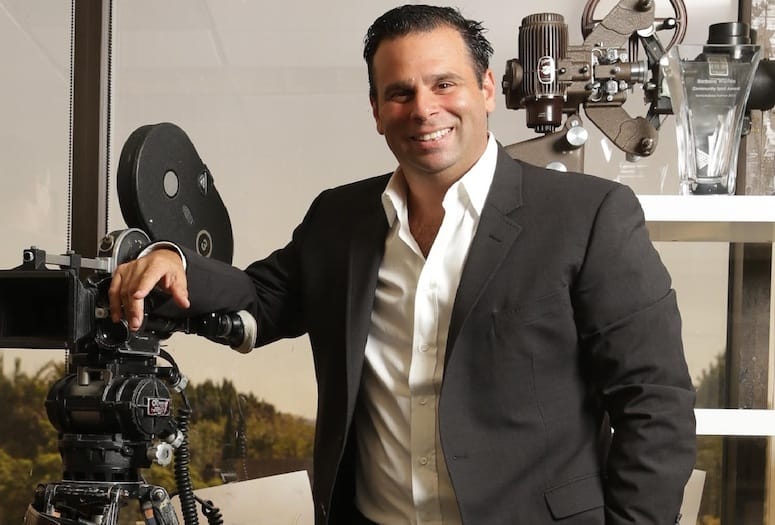 After reading the script and the book for "Lone Survivor", La Quinta producer Randall Emmett had only one question, "How could I not make this movie?"
Photos Courtesy of Colin Fisher Studios

Randall Emmett has produced more than 70 movies, but describes his latest, Lone Survivor, as “life-changing”.

“This movie really did that for me,” says Emmett, who splits his time between La Quinta and Los Angeles. “It changed my life. I take moments out of every day now and think about them, the soldiers that are out there, and say a prayer for them.

“Even when I am at the airport. Any time I see a solider, I thank them for their service. If I see a veteran, I do the same," he adds.  They are my heroes. And it will be lifelong.”

Lone Survivor, which opens nationwide Jan. 10 after select screenings in Los Angeles and New York on Christmas Day, tells the fact-based story of a failed mission in 2005 in which four Navy Seals were sent to capture or kill Taliban leader Ahmad Shah.

Emmett read the script by Peter Berg based on the book by the lone surviving Seal, Marcus Luttrell, after his best friend, actor Mark Wahlberg, called and said he was going to play Luttrell in the film and suggested Emmett produce it.

“Mark told me this is a movie you can’t say no to,” Emmett says. “He doesn’t say that a lot. For him to make a bold statement like that, he really has to believe in the project because of the opportunities he has. I flew through the script and was moved, and then and went and got the book, and I called Mark and told him I was willing to do whatever it took to get this film made.”

Emmett recently spoke to Palm Springs Life after driving to his La Quinta home just after wrapping up shooting of the film, “The Prince” with Bruce Willis. Emmett’s said his next film will be director Martin Scorsese’s “Silence”.

How long have you been coming to La Quinta?

“I first came here 20 years ago with Mark Wahlberg. We both came here, had never been to the La Quinta Resort, we showed up and didn’t leave for two months. He fell in love with golf and the whole desert. I fell in love with the area. I said then that one day when I start to make some money, I’m going to buy a place here.”(He opened an office in La Quinta last year).

What did you find in the story of "Lone Survivor" that hooked you?

“My father was a Marine. I grew up hearing about the Marines and the military, the respect and sacrifices they make. My dad really embraced the military, and it has an affect on you. So I called my Dad and told him about reading the script and book that I was going to make this film for him. This story needs to be told. How could I not make this movie?” You once worked for Mark (Wahlberg) before going off on your own. How has your relationship changed over the years, or has it?

“Mark (pictured at right) is the same person I’ve known for 20 years, and that makes him one of the best people in the business. He’s a real guy. He’s a true friend. Our relationship has stayed the same. The only thing that has changed is more of a mentor role. He’s been in the business longer than me and at a high level. He’s tried to guide me – ‘don’t do this, be careful of this. Try to pick the right projects’. I go to him a lot.”

Production on “Lone Survivor” closed in November, and now you’re involved with a Bruce Willis film. Is it in your personality to multi-task?

“I think as an independent producer, you juggle a lot of different films. I consider myself pretty aggressive. Our company tries to produce and finance five to seven films a year. I consider myself a businessman but also an artist.”

You’ll be working with one of the top directors in Martin Scorsese next. Do you wake up thinking you’ve finally made it?

“My mother asked me that the other day. I thoroughly believe I have not made it.  I don’t think I’ll ever say that. I am definitely proud of the filmmakers I am working with. I never wake up and think I made it. I think if I ever did get to that point, I would retire from the business. I’m so excited and I feel I have so much to learn, and I know that sounds cliché. For me, it’s always a learning curve. I feel lucky to make movies, period.”

I read about a talk you gave to New York Film Academy students about the ups and downs of the film industry. At one point early in your career, you were sleeping on a friend’s couch. What did you take from that experience?

“Oh yeah. My car got repossessed. I was sleeping on my friend’s couch. I didn’t have a nickel to my name, and my friend had to loan me money to eat at Carl’s Jr. every day just to get the combo. When you come from that place, I don’t think you ever forget. I don’t want to ever forget where I came from. The worst is, I can remember going back for the holidays and having to explain to all of my friends and family. I’m a movie producer and you’re living on a couch. That didn’t go very well at the time. I knew it was what I wanted to do. I knew I wasn’t the only story. In my naïveté, I believed it would work out. When I talk to young filmmakers, I tell them if you really love the movies, you can’t give up. It will happen. It’s just a matter of time.”