Immediately south of the main entrance to the mid-Coachella Valley’s hospital, a structure with conspicuous frontage on Bob Hope Drive has drawn attention since it was constructed in the late ’80s. Employing dominant hexagonal shapes in the design, architect E. Stewart Williams steered away from his notable midcentury modernist bent. But the building garnered press coverage for other reasons: One-time Eisenhower Medical Center chief of cardiology Jack Sternlieb, M.D., created within it an elegant aura for a healthcare facility and an oddity known as Heartland, the Museum of the Heart Institute of the Desert.

In 2000, Sternlieb announced plans to move to Florida, leaving a potential problem or opportunity for Eisenhower’s hospital campus. John Curci recounts the story he heard from his father, also named John Curci, about a meeting at The Ritz-Carlton between the late Curci, Eisenhower’s then chairman of the board Harry Goldstein, and Sternlieb.

“My dad took a piece of paper, wrote a number down, and said, ‘This is what we would pay for the building.’” Sternlieb agreed to the sum.

Curci relates that, as Goldstein drove down the hill on which the hotel sits, he said, “‘John, we don’t have authorization from the board to spend that kind of money.’ My dad said, ‘Well, Harry, I guess then you and I will own a building.’

“My dad was a guy who wanted to get things done. He understood the importance of a good medical facility to the desert,” Curci elaborates. “The board agreed, but said, ‘OK, but we will have to go into a fundraising campaign.’ My dad committed enough money to make it happen and named it for my mother, who had passed away [in 1999].”

The Eisenhower Lucy Curci Cancer Center united under one roof oncology services previously provided in fragmented locations (including off the main campus). 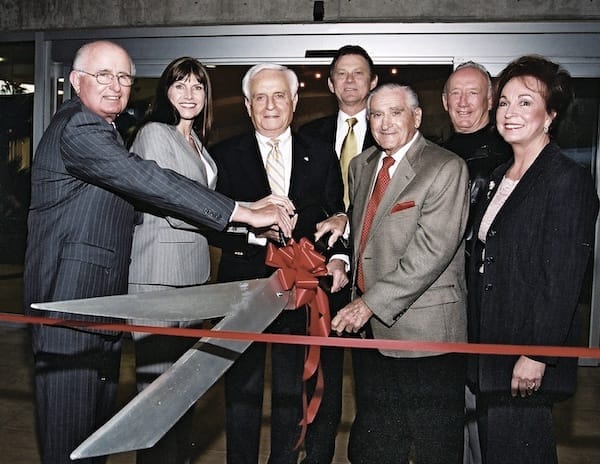 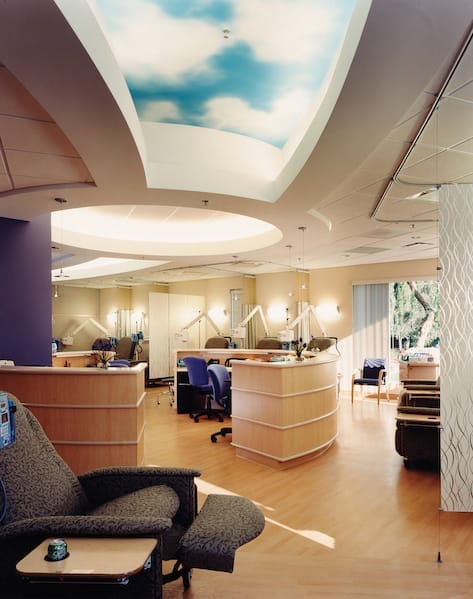 “We had two mature ‘centers of excellence’: orthopedics and cardiovascular,” says G. Aubrey Serfling, Eisenhower’s recently retired president and CEO. “The high incidence of cancer, coupled with big advancements in cancer therapies and treatments, led us to create a third ‘center of excellence.’”

“My dad understood that you have to concentrate services in one place to identify it as a center of excellence. He was there from the beginning and stayed involved up until his death [in 2005].”

Though his primary residence is in Newport Beach, Curci spends as much time as he can in the Coachella Valley, where he owns a home in Indian Wells, and “watches after” the cancer center.

“It takes people making things happen to make the community better,” he says.