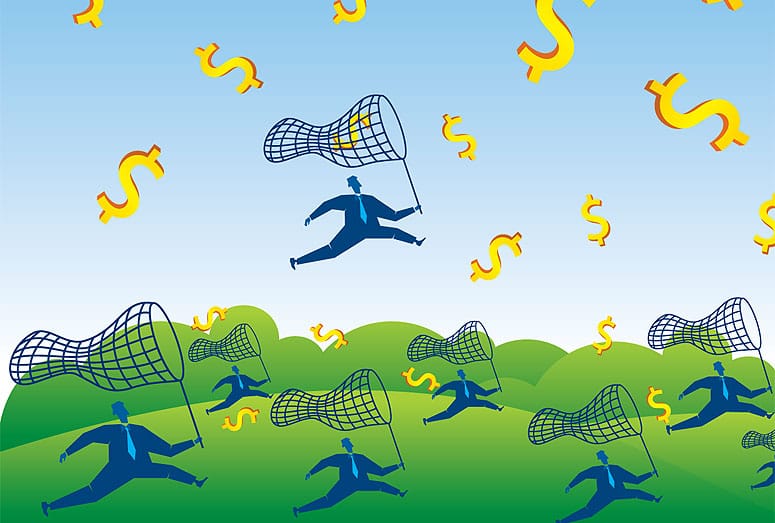 As 2014 begins, there is little doubt that the housing market throughout most of California has fully recovered — at least in regard to housing prices. In areas that avoided the 2002–2006 price bubble, prices are now at or above previous highs. In areas that experienced some of the bubble, prices are approaching previous alltime highs. In the Coachella Valley, which experienced the full force of the bubble and saw prices drop 60 percent in the aftermath, they’ve recovered but are still about 10 to 15 percent shy of full recovery.

While home prices may have recovered, the financial condition of the American homeowner has only half recovered. We say “half ” because between household income and household net worth, one has changed for the good while the other hasn’t. The change that is “good,” however, just so happens to be very positive for valley housing, and it’s the main reason we think the housing market will do well here in 2014.

Personal Income Is Down
The foundation behind homeownership is wages and income. For people to own homes and for prices to go up, incomes must grow over time. However, since 1999, inflation-adjusted real income in America has been declining, and the decline is not small. For people ages 45 to 54, the decline is 15 percent. This puts their standard of living back to 1980s levels (see chart). This is a significant retracement, and the other age brackets show similar declines.

It’s clear, therefore, that the recovery and rise in home prices was not caused by better wages. It was caused solely by the Federal Reserve pushing mortgage rates down to all-time lows. This action by the Fed counteracted the decline in wages by qualifying lower incomes to buy higherpriced homes. With the Fed now starting to phase out its program, this situation will reverse slightly. This means any further housing gains must come from income growth. At this time, it’s not clear when or if this will happen.

But Household Net Worth Is Up
However, the other factor — household net worth — shows a completely different picture. These latest figures compiled by the Federal Reserve show record levels for net worth. The sum of everyone’s 401(k) retirement accounts, IRAs, home equity, stock accounts, etc., currently adds up to $77 trillion. Five years ago, at the bottom of the crisis, it had fallen to $55 trillion. When compared with 1999 — while incomes are down 15 percent — net worth is up 70 percent.

While the decline in income is not good for most local housing markets, the increase in net worth helps our market significantly. That’s because valley housing is driven primarily by retiree migration and second-home buyers, and the decision to migrate or buy primarily depends on net worth, not income. With record levels in net worth, we are expecting a wave of second-home buyers as well as older homeowners who will sell their current homes, take their savings and home equity, and relocate to the valley.