This question is asked to all guests arriving to Marvyn’s Magic Theater, after a quick check-in at the front desk. One  “Abracadabra” later, a secret door is opened and reveals the open space toward the bar and live entertainment where guests wait in anticipation of the upcoming magic show.

Performers from all over the world come to perform at the theater — tucked inside the Washington Park Shopping Center in La Quinta — including guest appearances by performers recognizable from Broadway or TV such as Jeff Hobson, the host himself. 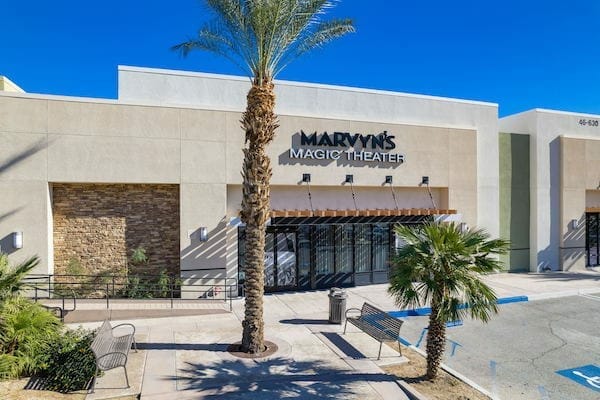 Beginning in 2019, Marvyn’s Magic Theater was only open for a limited time before the pandemic. After closing for an entire year, the magic show returned for guests in August 2021. Hobson, the founder of Marvyn’s Magic Theater, plans to take a risk this year by staying open through the summer.

Patrons are required to be 21 and older due to the selling of alchol, and they can choose from a variety of show options presented on the website including times and the type of show. Guest appearances last as long as two weeks, opening the opportunity to still see a performance before they head out of town.

Hobson chats further with Palm Springs Life about Marvyn’s Magic Theater from its beginnings to what the future holds. 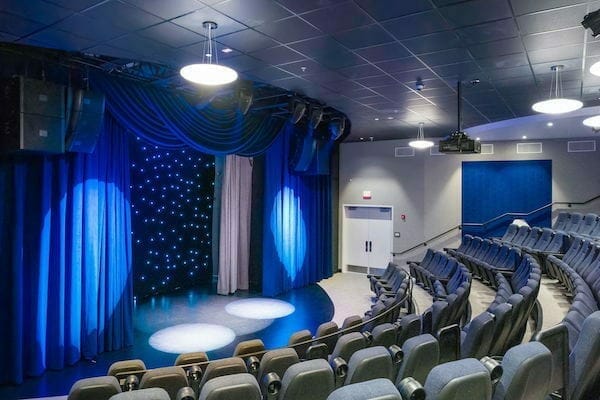 It was sort of started on a dare. I had a friend for many years who lived here in California (Gary and Marcia Beutler) and said if you want to open a theater, let me know. I was busy performing in Vegas and Broadway, so I was finally able to sit down and come to La Quinta. I took a look at it, and I thought there was a lot of people here and not a lot of live entertainment options. Next thing we knew, we were working on this theater together.

How long has Marvyn’s Theater been at this location in La Quinta?

We opened in September of 2019. We shut down in 2020 because of that little thing called a pandemic. We didn’t know when to open until we made the decision in August of 2021 to reopen. We reopened again in September, so now two years later, we are open and things are starting to pan out. People are starting to realize we’re open again. The buzz is spreading a lot faster than I thought. Social media took over our advertising.

Where do you see Marvyn’s theater going in the next few years to come?

I’d like to take a bit of a risk and stay open this summer. The majority of our population does stay in the desert during the summer, normally they don’t. I think we’ll find it turning into a full time thing, no “season” required.

What is your schedule like throughout the week? Are there reocurring shows or is it different each week?

When we first opened in the first season, we put on new shows weekly. I found out that we never had reocurring customers every single week, so it was best for performers to book them for 2 weeks at a time. It’s better for the travel of the performers, and a better chance for our customers to see them. We're trying that out. 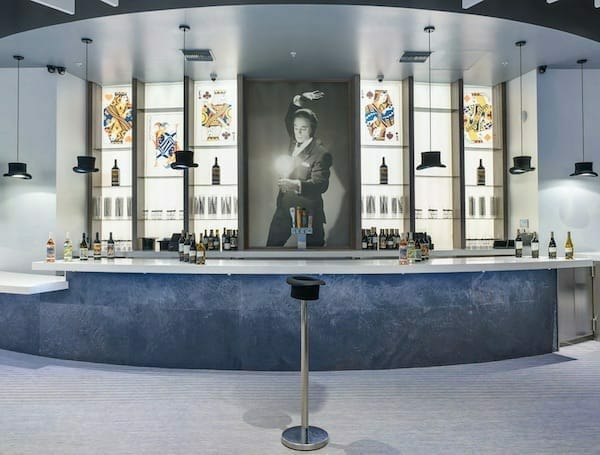 The backdrop to the bar is a photo of Marvyn Roy.

What’s your favorite part of the shows?

It’s fun working with all of these people that I've known my whole life. We’re friends and I just get to play with them. I get new musicians to talk to, I get to call upon my friends and talented  people. It’s my hobby and my profession as well.

What different types of performers do you have?

We’re trying to keep the branding of Marvyn’s Magic Theater, magic, but we are always kind of having comedy involved. People love to laugh, it’s a prerequisite for all performers. We have a “Hypnotic Mayhem Show”, it’s a favorite and our customers demanded another one on March 31. It’s a “see the show or be the show”, as we say. We have a ventriloquist, Jay Johnson. He won a Tony for a show on Broadway called “Two And Only”. April 13, he’s a master ventriloquist and comedian, and I feel that ventriloquism is an illusion of itself. To me, that’s magic.

• READ NEXT: Sharon Gless to Sign Copies of Her Memoir at Rancho Mirage Art Gallery.