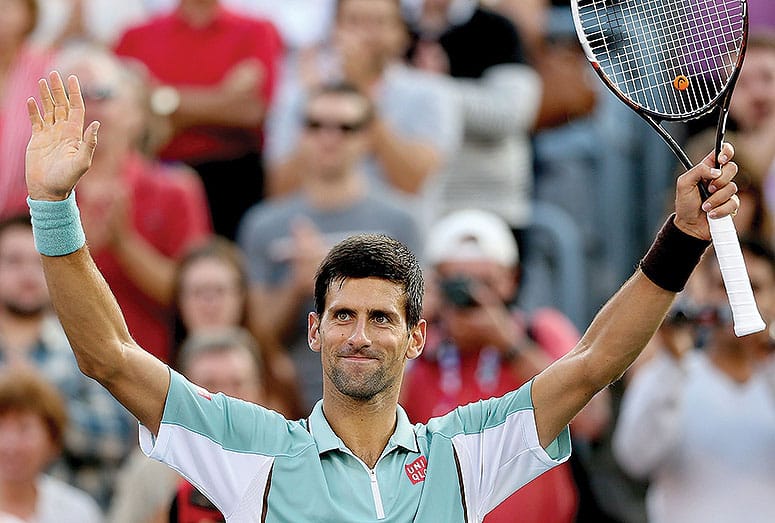 The BNP is one of the few top tournaments combining WTA and ATP World Tour men and women competing in a 96 single draw and 32 double draw for top-ranking points and a prize purse well over $10 million. Last year’s champions, Novak Djokovic and Flavia Pennetta, offered tennis at its finest, and this year’s event, March 9–22, promises to be just as exciting, drawing the sport’s best players and fans from all over the world. With last year’s attendance topping 430,000, 2015’s tournament is set to outdraw that record and keep the Coachella Valley hopping. Here are some strategic tips to help you follow the action and have a ball.

There are plenty of opportunities to get acquainted with the sport and see some of the best players in the world and tomorrow’s champions at their game.

MONDAY AND TUESDAY, MARCH 9–10, 11 A.M.: WOMEN’S QUALIFYING ROUNDS
Don’t miss the Main Draw Ceremony on March 9 at 3 p.m. at the Stadium Plaza — you might be chosen to help make the draw and have your photo taken with a pro player or win prizes.

THURSDAY, MARCH 12: CHAMPIONS NIGHT
Tickets are $15 and benefit The Champions Volunteer Foundation and many other local charities.

The main draw games kick off on Wednesday, March 11, and with your purchased ticket you can take advantage of the many complimentary off-court activities designed by event sponsors. Emirates, Esurance, and Michelob Ultra have planned fan pursuits to enhance your tournament experience with fun promotions and chances to win prizes. Be sure to check the daily draw sheets at various locations including the Tennis Warehouse retail tent for a listing of on-site player autograph signings. Visit www.bnpparibasopen.com for a complete list of events and www.palmspringslife.com and our social media channels for coverage.