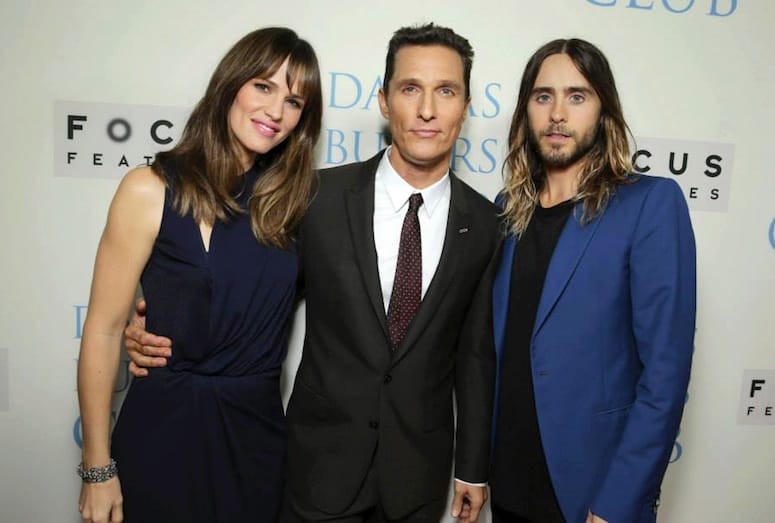 Each year, the festival selects an actor and actress to receive this award. Presented by Cartier and hosted by Mary Hart, the Awards Gala will be held Jan. 4 at the Palm Springs Convention Center. PSIFF runs Jan. 3-14.

“Matthew McConaughey is the rare actor who effortlessly moves between cinematic genres. From drama to thrillers to romantic comedies, he captivates audiences with the depth and range of his performances,” says Harold Matzner, chairman of the Palm Springs International Film Festival.

In Dallas Buyers Club, McConaughey plays real-life cowboy Ron Woodroof, who was diagnosed with HIV in 1985 and given a month to live – but fought for dignity, acceptance, and living life to the fullest. Inspired by true events, "Dallas Buyers Club" is directed by Jean-Marc Vallée from an original screenplay by Craig Borten and Melisa Wallack, and also stars Jennifer Garner and Jared Leto. Focus Features is releasing the movie in select cities this month, with additional cities being added weekly.

McConaughey, a native of Texas, is one of Hollywood’s most sought-after leading men. His film credits include Mud, Dazed and Confused, Magic Mike, Bernie, The Paperboy, Killer Joe, Frailty, The Lincoln Lawyer, Ghosts of Girlfriends Past, Tropic Thunder, We Are Marshall, U-571, EDtv, The Newton Boys, Amistad, Contact, A Time to Kill, and Lone Star.

He next stars opposite Leonardo DiCaprio in Martin Scorsese’s The Wolf of Wall Street, opening Dec. 25, and with Woody Harrelson in the HBO dramatic series, True Detective, which debuts Jan. 12; and he is filming Interstellar, directed by Christopher Nolan, for release in November 2014.