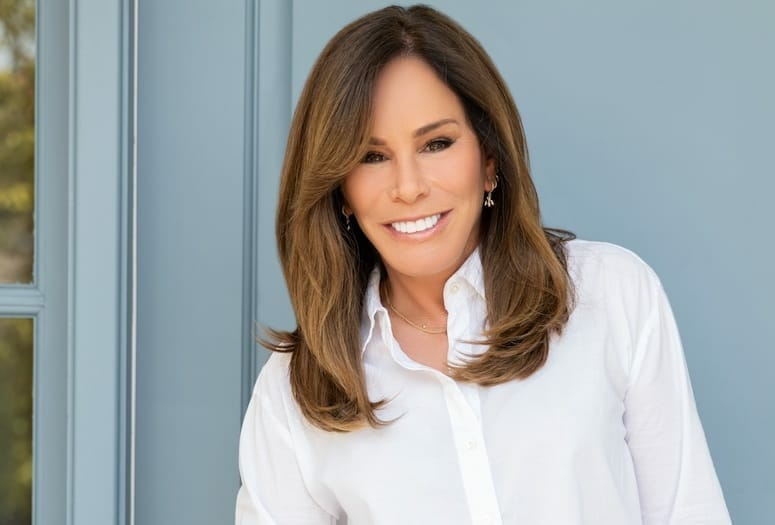 Like her late mother, comedian Joan Rivers, Melissa Rivers found humor at a time when the world didn’t feel like laughing in the middle of a pandemic.

Lies My Mother Told Me: Tall Tales from a Short Woman is an exercise in laughter from beginning to end,.

“This whole book was created in such a dark time that all of us were going through,” says Rivers, “and it literally was an exercise in just laughing. It was just laughing. We had the best time writing this book. We set out to write a funny book and I think that’s what we did.”

Melissa partnered with her mom’s longtime writer, Larry Amorous, in creating the book. In the introduction, Melissa explains the prompt for the book came from being asked over and over, “What would your Mom be saying.”

“And then finally I'm like, ‘Oh God only knows.’ So we just started being silly and we actually started it by writing…We were going to rewrite the history of the world by mother. That's how it started,” Rivers recalls. 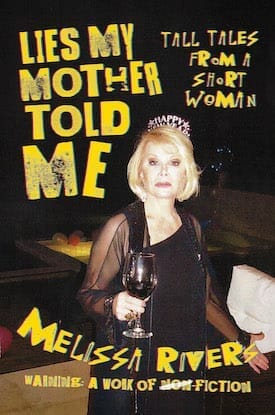 During her rounds of interviews since the book came out in April, she repeatedly was asked if the book was a memoir to her Mom. Short answer. It’s not. But the writing process was an opportunity to think and react to the book’s content in her mom’s voice and tone.

“It was definitely a free for all,” Melissa says. “So we wrote everything as silly and goofy and crazy as we could think of. Writing in her voice and tone is totally second nature. Just like if she tried to write something in my voice and tone, I’m sure she could do it. It would probably be a lot of deep sighs and eye rolling. She would be writing, ‘And then ... But mom, eye roll, deep sigh.’”

The author talks continue through mid-December, while the festival runs Feb. 1-3, 2023. It’s already sold out.

In her conversation with Palm Springs Life prior to her visit, Melissa chats more about the relationship with her famous mom.

Going back to when you first had the opportunity to work with your mom (first on the red carpet for E Network and later on Fashion Police), was there any hesitation on your part such as, "Maybe I should not do this," or did it seem like a good thing to do from the get-go?

Oh no. Of course, there was always trepidation. When we were approached, my mom did a one-off for E Network, and they came back and said, “We think this might work. Would Melissa be interested in doing it with you?” Because I had already done MTV, CBS This Morning and just shot a pilot for my own show. And I guess we were having a bad day. And I don't know if I tell her to do it, she's just going to say no. So they're like, “You'll have to ask her.” Very mother-daughter.

Why did the chemistry with your mom come across so well on TV?

Was it a surprise to see your collaboration meet with success?

I think I was surprised that anyone was really interested in watching people walk into a building. I do remember when we started, no one was doing what we were doing. But it’s not like now, where it’s a normal thing. And back then, it wasn’t normal at all. So the fact that people loved it, that was surprising. The chemistry? I wasn't worried about that or surprised in the sense of, again, when you enjoy doing something, it comes across.

What are the most common questions people ask about your Mom?

What would she be saying now? And would she have bent to all the politically correct cancel culture pressure? Those are the two biggest questions.

How do you think she would respond to a culture where you have to be more careful what you say?

She wouldn't have been herself, that's for sure.

One of the big things was she was just like, “Oh God, we’ve all got to stop taking ourselves so seriously.” And that doesn't take anything away from anything. She was so involved in so many causes. And if people would want to come after her, she would’ve been, “Really?” And be able to rattle off all the things she did to promote all these different things that people are caring about. She was caring about them and our family was caring about these things long before it became a thing to do.

• READ NEXT: 53 Things to do Do in the Desert in October.