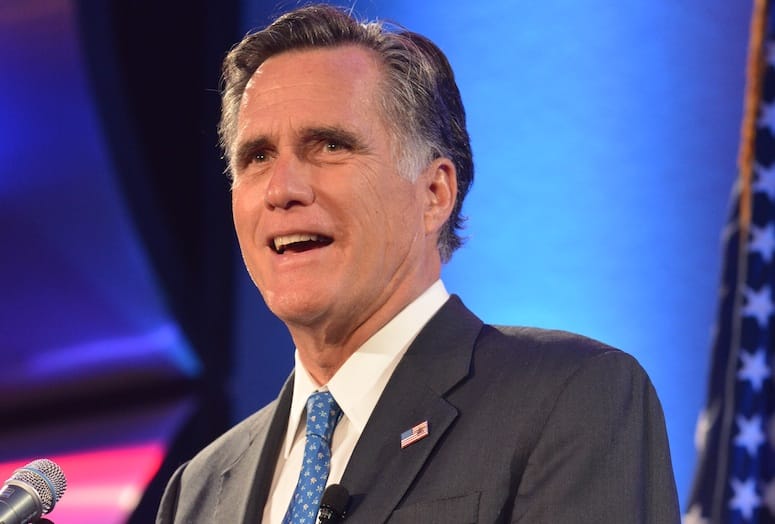 Mitt Romney looked very presidential speaking at the Desert Town Hall on Jan. 19 in Indian Wells, but he hasn't made a formal commitment to run in 2016.
Photos by Mark Cieslikowski

During the first 30 minutes, with the assistance of slides showing graphs and maps, he pointed out that the nation’s leadership has failed to solve these problems. He spoke as if he was already on the 2016 campaign trail, though not declaring if he would run for president again. He stated during the following 30-minute Q-and-A session that “running for office is a personal decision” that he has to make with his wife and sons. He kept his focus on economic and social issues and shared that “higher wages, good jobs, and free enterprise can eliminate poverty.” He mentioned that our nation has to lead the world in education, military forces, and renewable energy.

More questions asked during the Q-and-A gave Romney the opportunity to share many personal details, including the birth of his 23rd grandchild the day before the town hall, the legacy of his parents, his experience as CEO of the Salt Lake Organizing Committee at the 2002 Winter Olympics, his love for the New England Patriots, and his wife, Ann, who he affectionately calls the “Mitt-stabilizer.”

Romney also talked about faith and success — “the great thing about success is that you get to define it yourself. If you define success by how many promotions you get, by how many elections you win, or how much money you make, you may or may not be successful on that measure because there’s a lot of serendipity in those things,” he said. “Success should be defined by things we can control such as our family relationships, your contribution to the community, your relationship with your god and your faith.”