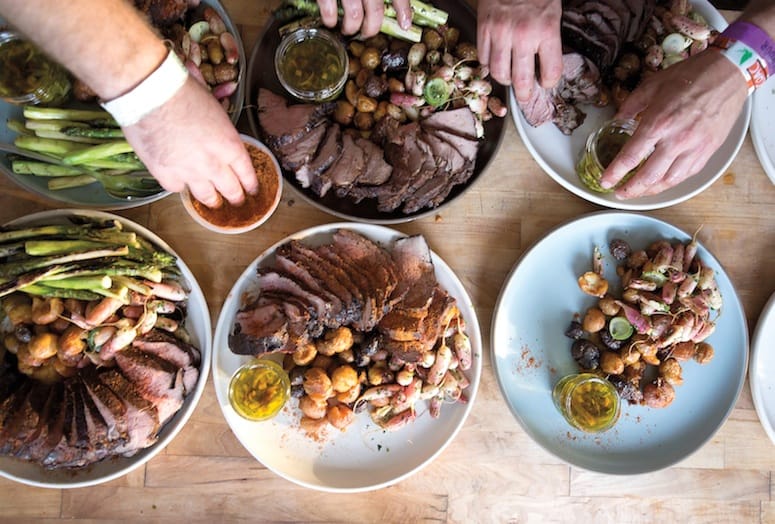 Outstanding in the Field:

Jim Denevan founded his roving outdoor dining experience in 1999, offering farm-to-table eating at farms and vineyards. He brought the communal table experience to Coachella in 2014, set in the VIP area of the festival grounds, with meals prepared by nationally recognized chefs. Denevan says he “didn’t know how rewarding and cool it would be to do Coachella and it is fun that [dining] has become such a successful part of the festival scene.”

The sell-out dinners will be held in an expanded area this year called the Hacienda. Chefs include Neal Fraser, a Los Angeles restaurateur and recent Top Chef Masters competitor, and Jet Tila, known for Thai and Pan-Asian cuisine and recent appearances on Iron Chef America and Chopped.

Two seatings per night each serve 150 guests. Dinners are reservation only and a festival pass is required to attend.

Kindred from San Diego is known for inventive cocktails and innovative vegan fare. Little Sister from L.A. is a heady mix of Balinese-Asian fusion.

Indian “mash-up” cuisine is an L.A. favorite from co-owners Arjun and Nakul Mahendro — the latter will be a chef at Outstanding in the Field. Chili Cheese Nachos or Chicken Tikka Poutine, anyone? 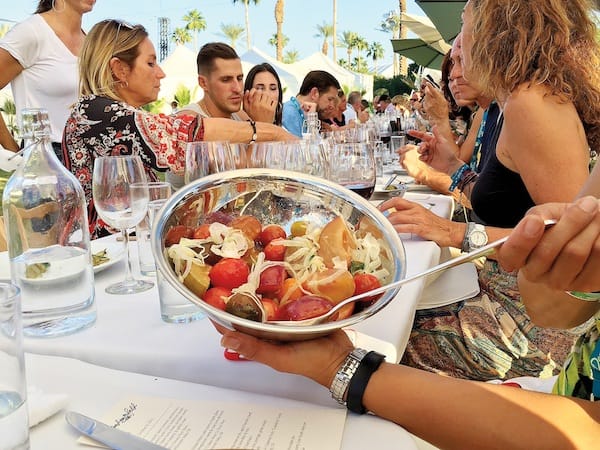 New to Coachella, this concept is under wraps for maximum surprise factor. Rum and tropical juice jammers will play this on repeat.

This bar and casual dining spot from New York is part of the festival’s push for a more national food presence in 2017. NoMad is known for making one of the best veggie burgers in NYC. 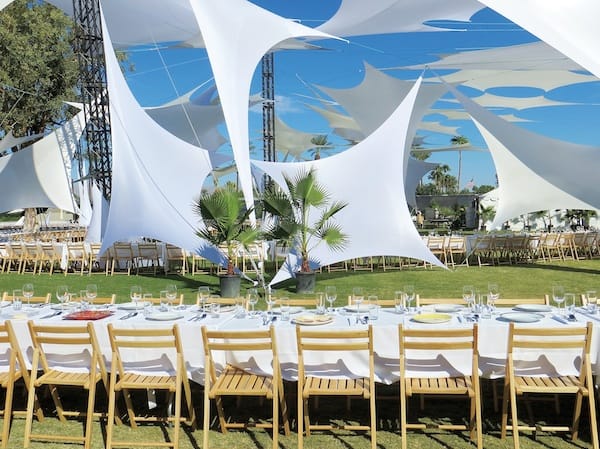 Chef and owner Engin Onural makes his festival debut with signature rolls from his Palm Desert menu. The Venue Roll is a local favorite.

L.A.–based Jimmy Han, curator of the festival’s craft beer program, is back again and more selective than ever. He stockpiles “the rarest of the rare” kegs to debut at the Rare Beer Bar.

Chef Alvin Cailan from Egg Slut will be in attendance with his own activation. Look out for the monster raclette cheese wheel, which is heated up with a torch and then scraped to top potatoes.

“The festival has become more about the food,” says Goldenvoice food and beverage director Nic Adler. 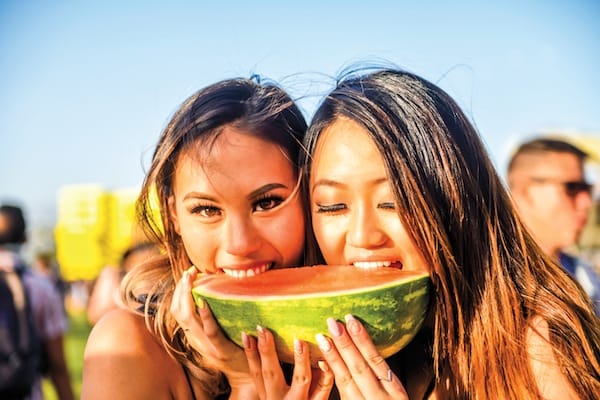 In five years, Coachella has grown from 12 food vendors to 40 curated restaurants. Stagecoach raises  the bar this year with  a few new concepts,  but you can still get  your fix of burgers, barbecue, and beer.

Watch for five to 10 new culinary concepts to be introduced this year, with a slow transition to a more eclectic food scene, on-trend with Coachella.

An annual tradition that celebrates all things chicken, pork, ribs, and brisket. This smoke and grill–fueled annual fixture celebrates the art of barbecue.

It’s a Palm Springs institution for Mexican food and there are no boots required to get your fix of tacos, burritos, and enchiladas between sets.

Burgers and pulled pork sandwiches are sought-after staples for Stagecoach fuel. Beer and something between buns go together like every country song cliché ever written. 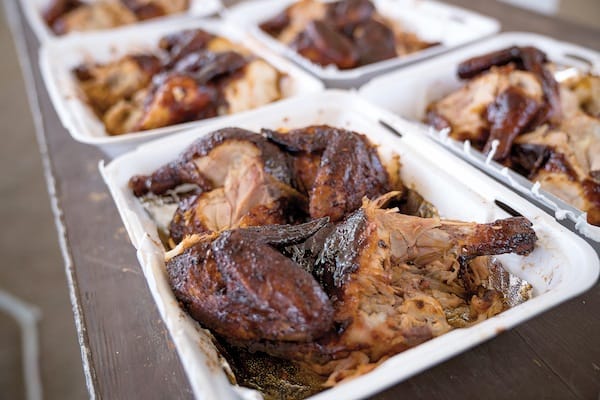