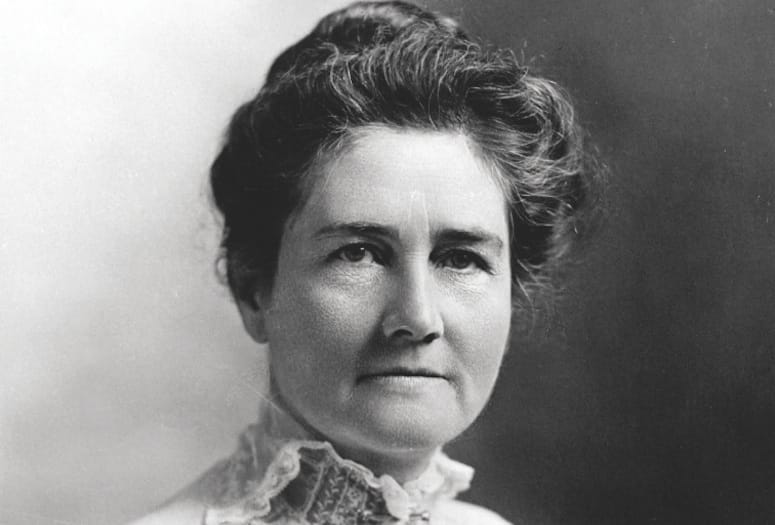 “Go west, young man!” Horace Greeley advised in the 19th century, bolstering the idea of the American frontier as fertile ground for the ambitious, the hard-working, the people who persevere.

Nowhere is that notion more credible than in the Coachella Valley. It boasts a rich history of strong, capable, successful entrepreneurs, artists, and leaders. In our own little corner of the West, Greeley’s quote needs to be tweaked to be gender-inclusive.

From Nellie Coffman, whose 1908 Desert Inn health resort turned a sandy town into a tourist destination, to Ruth Hardy, who opened the Ingleside Inn, an exclusive, invitation-only hotel for international A-listers, this region was shaped, sustained, and reinvented by women. That includes former U.S. Representative Mary Bono, who served in Congress from 1998 to 2013 and has seen firsthand the innovation and tenacity of desert women.

“There is truly an amazing spirit in the desert that celebrates and supports women,” Bono says. “It begins with the encouragement we women give to each other but it also is woven into the entire fabric of our desert culture. We all recognize that we stand on the shoulders of those who have bravely endeavored before us, each success and even failure contributes to the next woman daring to try something new.”

The 2016 Women in Business program, a Palm Springs Life event, honors some of the most dynamic Coachella Valley businesswomen in their fields.

Keynote speaker Laura Schwab is exemplary of the drive to succeed. She’s the woman behind the wheel of Aston Martin’s Americas region, supervising 46 dealerships in the U.S., Canada, Mexico, and South America. She took the helm at Aston Martin after 14 years at Jaguar Land Rover, where she served as marketing director.

Winners for the 2016 Women in Business program have been selected in three categories — entrepreneur, business leader, and corporate leader. All are motivated by a sense of purpose and passion. Barbara Keller carries on the local tradition of giving back.
Photo by Neil Husvar.

There’s no easy way to summarize Barbara Keller. She is a restaurant owner, philanthropist, and everything-doer. But when she whooshes into a coffee shop in the late afternoon, a sliver of free time in between meetings and an evening of work ahead, it feels as though a force of nature has entered the room.

Keller and her husband, Jerry, own the wildly popular LuLu California Bistro in downtown Palm Springs. That’s just the tip of the iceberg. Keller, who says her primary job is that of philanthropist, has leveraged her business, time, and energy for maximum meaningful impact.

She serves on, or has been involved with, just about every board in the Coachella Valley. Just a few of note: She’s the vice chairwoman for the Palm Springs Art Museum, where she was a docent for 18 years. She’s an honorary chairwoman for One Night Only, a production for Jewish Family Services of the Desert, and is involved with Sunshine Circle, which puts Coachella Valley Holocaust survivors in touch with teenagers to impart a strong sense of identity and to ensure the past is not forgotten.

“Philanthropy is the right thing to do,” Keller says. “It feels good. I’ve been inspired by many people, and I think other people are inspired by what I do.”

She served on the board of trustees for the McCallum Theatre, co-chaired several Steve Chase Humanitarian Awards, supports Equality California, the Human Rights Campaign, and donates to almost every local charity that comes knocking. It’s a philosophy that’s made explicit in the Anne Frank quote attached to her email signature: “No one ever became poor by giving.”

The bulk of Keller’s time is committed to Desert AIDS Project, an organization for which she has a special attachment. You wonder why that particular charity resonates with her, if the disease touched someone who was close to her family.

“People ask me that all the time, but I don’t believe you have to have a personal connection to something in order to get involved,” she says. “There are people in desperate need, and that’s the best reason to give my time and energy. This is an organization that saves lives.”

Before she came to the desert 30 years ago, Keller was a union organizer in the entertainment industry, served as a producer, and taught theater arts. It’s in giving, though, where Keller found her purpose.

“With enough giving and kindness, that’s what can really make a difference in a community,” she says. “Life is about the happiness we create, not the money we make.” A relatively new transplant to the desert — Caldwell moved to Palm Springs in 2012 — her days begin before the birds start their chirping and end long after the sun sinks behind the mountains.

“When you work with physicians, sometimes you can’t meet with them until late at night,” she says. “But those are still important meetings to have. You have to meet with medical staff on their schedules.”

The decisions that I make … have the ability to affect more than 2,000 employees, their families, and thousands of patients. To me that’s a heavy burden, and i take it very seriously.”

Caldwell grew up in rural Camp Hill, Alabama, where hard work and diligence forged the rock-solid foundation of her value system.

“I’m an only child, so I think that had something to do with determining my leadership style,” she says. “You have only yourself to depend on.”

Long before she ran hospitals, Caldwell spent 13 years working behind the scenes as a lab technician, bent over microscopes analyzing tissue samples. Eventually Caldwell returned to graduate school to specialize in hospital administration.

“I thought I could have a greater impact if I could move from the lab to the room where actual administration was happening,” she says. “I knew I could do a good job and make a real difference.”

Caldwell has definitely made a difference in the Coachella Valley, where Desert Regional Medical Center: became a leading sponsor of Get Tested Coachella Valley, a regional initiative to make HIV testing free and routine; collaborated with the Clinton Foundation Health Matters initiative; and launched the UC, Riverside School of Medicine residency program in Palm Springs, which brings the next generation of healthcare professionals into the valley.

Although the public generally thinks of hospitals as a place to go to treat illness and injuries, Caldwell wants Desert Regional to expand beyond that perception.

“I want everyone to see us as a healthy part of their community,” she says. “Working with Desert AIDS Project or the Mizell Senior Center, all of these things are so important to overall well-being.”

The role of a CEO is rarely easy, but it’s even more difficult when every decision can create ripples that touch thousands.

“You really have the weight of the entire organization on your shoulders,” Caldwell says. “The decisions that I make, I realize those decisions have the ability to affect more than 2,000 employees, their families, and thousands of patients. To me that’s a heavy burden, and I take it very seriously.” Tracy Worthington was just looking for someone to do her hair.

A native of the Coachella Valley, Worthington left the desert just after graduating from Palm Springs High School. When she returned decades later, Worthington had successfully worked almost every aspect of the beauty industry. She needed a good, local blow-out to make her hair silky and bouncy, and she just couldn’t find it.

“It just wasn’t working for me,” she says. “There’s something special about having your hair done. It changes your whole day.”

Worthington was inspired to open Just Blow Drys on El Paseo in Palm Desert. It’s a hair salon without scissors. The salon specializes in professional hair braiding and bridal hair styling, as well as lots and lots of blow drying. The most popular treatment is the Ultimate Blow Out, in which a stylist spends about an hour shampooing and styling your hair for polished, just-out-of-the-salon perfection.

Worthington has donated to multiple charities in the desert. “That’s my motto in Life,” she says. “you have one hand to help yourself up, and the other one to help others.”

“The desert has really embraced us,” Worthington says. “During the season, when everyone wants to look their best, we’re very busy.”

Worthington is no stranger to the glamorous world of making people look their best. After obtaining a cosmetology license in 1986, Worthington worked in many aspects of the hair and makeup world before opening a bath and body company, Oohlala Beverly Hills. (Worthington also created a line of dog products called Tres Chic Amis, inspired by her own dogs.)

With her eye on lash extensions, Worthington opened Wink Lash & Beauty Bar, a salon for skin treatments, lash extensions, facials, and makeup applications, also on El Paseo. Both salons have an inviting, festive atmosphere with happy stylists and glasses of bubbly. At Just Blow Drys, Grease plays on the TV screens, while hairdryers dangle from the ceiling. It’s like a great big party.

“That’s one of the things I wanted to have for Just Blow Drys, because for me it is about the experience,” she says. “I wanted someplace where I could meet up with my girlfriends and create memories. Most of the fun in going out, after all, is getting ready.”

A film believer in supporting the community, Worthington has donated to multiple charities in the desert and often hosts philanthropic events. She’s particularly active with the Girlfriend Factor, a local nonprofit that offers grants to adult women pursuing higher education.

“That’s my motto in life,” she says. “You have one hand to help yourself up, and the other one to help others.”

Recently, Worthington donated services to Girlfriend Factor grant recipients prior to Fashion Week El Paseo. Her goal was to help the women experience the transformative power of a makeover.

“That’s why I got in the beauty business — the way you can make someone feel,” Worthington says. “What’s on the outside has a huge effect on what’s happening inside. We all know what that’s like. When you’re having a good hair day, all is right.”

Last week, Worthington popped into Just Blow Drys to get a quick blowout before a long day packed with meetings.

“I should have looked at the schedule,” she laughs. “You know what they say about the cobbler’s children having no shoes? Well, everyone in the bar was booked.”