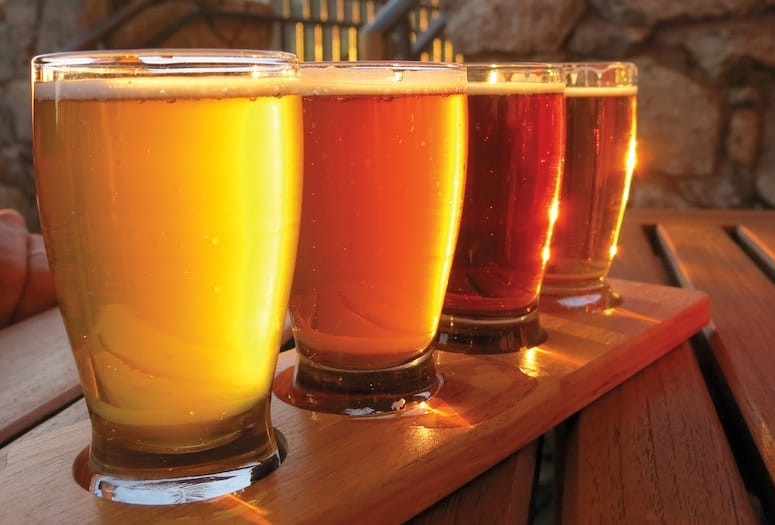 Craft brewers will be offering a variety of beers all weekend at Palm Desert Food & Wine, March 25-26.
PHOTO BY THINKSTOCKPHOTOS.COM

There are two kinds of people: Those who see the pint as half full, and those wondering where half the pint went. But both will be satiated by the beer tastings during Palm Desert Food & Wine, where craft brewers will be pouring some of the truly unique ciders and beers on the planet.

Check out some of the highlights on tap:

Brewery: ACE Premium Craft Ciders
Don’t miss: ACE Pineapple
It’s the world’s first pineapple cider, and it’s kind of like vacation in a bottle. This nectar of the gods invites you to enjoy summertime, all the time.

Brewery: Bootlegger’s Brewery
Don’t miss: Rocco Red Ale  A classic example of an American-style red, Rocco Red Ale has enough caramel malts to stand up to the pungent pine and citrus flavors and aromas from the Chinook, Cascade, and Columbus hops. The malty goodness and balanced bitterness are like a warm, comforting letter from home.

Brewery: Babe’s Brewhouse
Don’t miss: 15th Anniversary Beer
Babe’s celebrates its 15th anniversary in April, but the festivities begin as soon as you taste this celebratory brew. The famous Belgian Vanilla Blonde Ale is kicked up a notch by aging it in chardonnay-soaked French oak casks, giving it a depth rarely  found in a lighter beer.