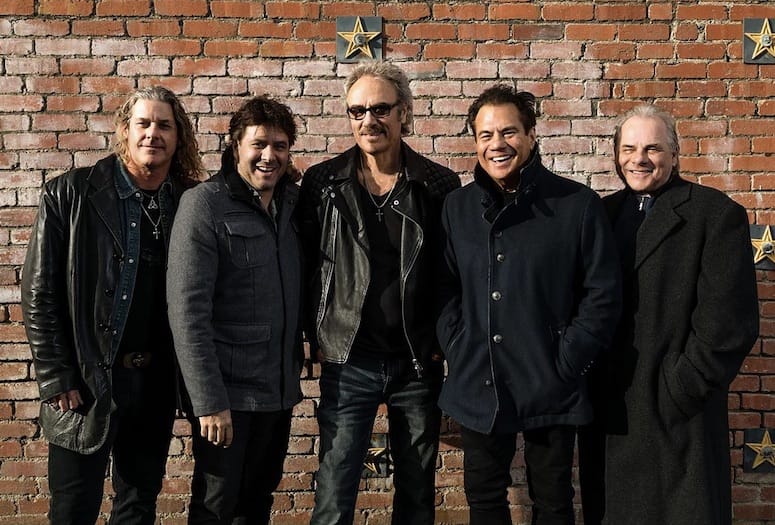 Sometimes it’s good to take a hiatus. Even if it does last 20 years.

It didn’t hurt the popular soft rock band Pablo Cruise. The multi-platinum group that emerged in 1975 and birthed the feel-good anthem "Love Will Find A Way" and "Whatcha Gonna Do When She Says Goodbye?" bowed in the mid-’80s. But when the group reunited in 2005, they hit the road and have been touring consistently ever since.

For Pablo newbies: The genesis of the band’s name has been part of its mystique. Pablo represents “an honest, real, down to earth individual.” Cruise “depicts his fun-loving and easygoing attitude towards life.”

Look for that vibe in abundance when Pablo Cruise returns to Palm Springs on Dec. 1 to headline the first-ever Airstream Palooza at the new Hotel Paseo in Palm Desert. Think: groovy music fest, add classic and refurbished airstream campers in lush hotel surroundings, draw a line under it and the sum equals a “Palooza” unlike any other.

In conversation with Palm Springs Life, Lerios expounds upon his musical legacy.

When we got back together, we realized that there were a lot of people that still wanted to see a show. 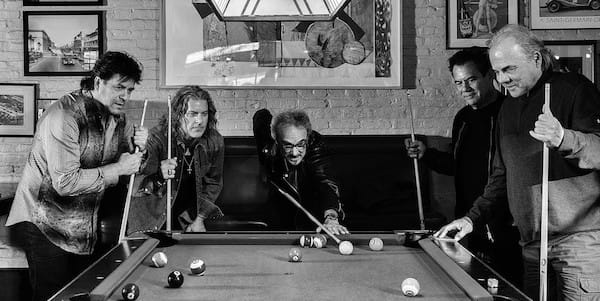 What was challenging about coming back?

When you take so much time off, your fan base doesn’t know if you’re still alive. Certainly a lot bands break up and people go elsewhere, but the spirit in this band today is better than it’s ever been. We’ve worked hard. Word of mouth and social media have helped us build our base again.

You were one of the primary songwriters for the song "Love Will Find A Way". Can you talk about its genesis?

David Jenkins and I had this fun-in-the-sun kind of message. We used to say that we always wanted our songs to be positive and affirmative. That was the core of the message and our repertoire reflected that. That … if you were in turmoil, there was also the other message—what love will soothe your pain; when you’re down and out and things are really tough, love prevails. We dedicate Love Will Find A Way in every show to people who are going through difficulties. It’s a great message and holds up today, more than ever.

Today, there’s huge appreciate for music that emerged from the ’70s and ’80s. Why do you think that is?

There were a lot of great messages back then. Every song had a chorus, a verse, a bridge. Writers back then were socially conscious and wanted to create great pieces of music that made people feel good. We toured with the Doobie Brothers and their message was great. There were a lot of protest songs back then, too. Neil Young—all those guys were writing songs with pretty deep messages.

You also write and produce dramatic scores and theme songs for TV shows. Baywatch, Days of Our Lives, Diagnoses Murder, Max Headroom … back in the day. How is that process?

Fun. It’s a whole different arena, working in television. It’s deadline after deadline. We were making an album every two years and getting out a song when we felt like getting at it. But TV is right there—always on your shoulder in terms of deadlines.

A little more pressure? But you’re good at it.

I’ve been doing it a long time. There’s not a lot of applause when you’re in a studio writing cues [Laughs]. It’s way different than getting up on stage and having people love your songs and playing an hour-and-a-half and you’re done. Writing for TV has helped me with my songwriting because you become more like a minuteman. You look at a scene, you create a vibe for that scene and move that scene with the music, and get in and out real quick. I’m working on Baywatch again now.

What do you love most about creating music with the band?

That it’s infinite. There’s something wonderful about not knowing what’s going to come out in the course of a day. It’s a double-edge sword, too. You wake up in the morning and start writing and think it’s the best thing in the world. A few hours later, you think it’s the worst thing in the world. It continues until you get it. It’s like a big piece of clay. You keep pushing it around.

Pablo Cruise performs at the first-ever Airstream Palooza from 3-9 p.m. Dec. 1 at Hotel Paseo, 45400 Larkspur Lane in Palm Desert. The event is free. To learn more, or for a chance to win a free two-night stay in the 1950 Airstream Cruiser, dinner for two at AC3, two hour-long spa treatments at Spa Le Lé, a live evening concert, and more, visit airsteampalooza.com.