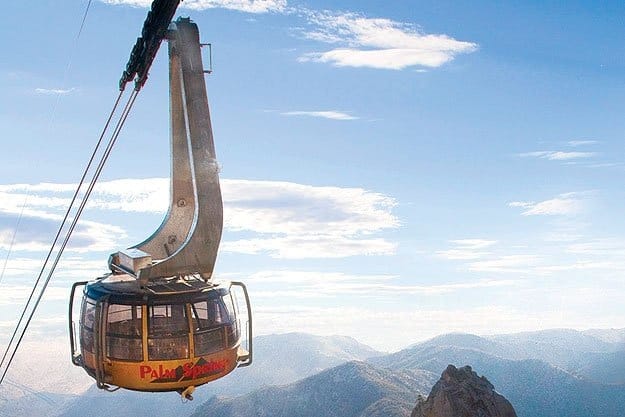 However, the city's most talked-about attraction has rewritten its record books, serving 54,913 customers in March – the biggest month in the tram's 50-year history. The number also represents an 8 percent increase over March 2012, according to Lena Zimmerschied, public affairs manager for Palm Springs Aerial Tramway.

Previously, the highest ridership mark was 52,595 passengers set in December 2012. December is traditionally the tram's busiest month, according to Zimmerschied.

Zimmerschied reasoned the rise of March as the record-setting month may be tied to several factors.

“I believe the increase in our ridership can be attributed to an early Easter with schools taking spring breaks over a course of a few weeks," she said. "The economy also has helped us because people are looking to take vacations closer to home. Our advertising efforts have been concentrated within the day trip area markets."

Summer passes are currently for sale and valid through Aug. 9 as part of the ride's 50th anniversary promotion. For more information, visit the Palm Springs Aerial Tramway website.