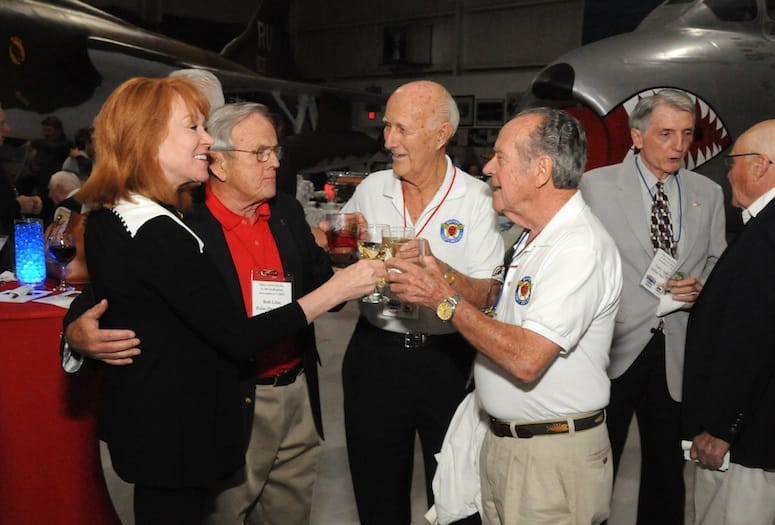 (From left) Karen Miles, Bob Lilac, Jim Kelm, Ed Lloyd with Larry Spicer and Capt. Al Dempsey to the right of the foursome at the Palm Springs Air Museum's sneak preview of the F-100 Super Sabre.
Photos by Sherri Breyer

The Palm Springs Air Museum hosted a reception and sneak preview of the F-100 Super Sabre.

Honoree Capt. Al Dempsey and the late Major General Ken Miles had both flown a Super Sabre during the Vietnam War. The event was the first of a series of fundraisers for the new Major General Kenneth P. Miles hangar, slated to break ground in June 2016. (From left) Arthur and Patty Newman with Ray Smith. (From left) “Fire Can” Dan Walsh, Col. Gordon Jenkins, Marguerita and current chairman of the board Dan Gilbertson.