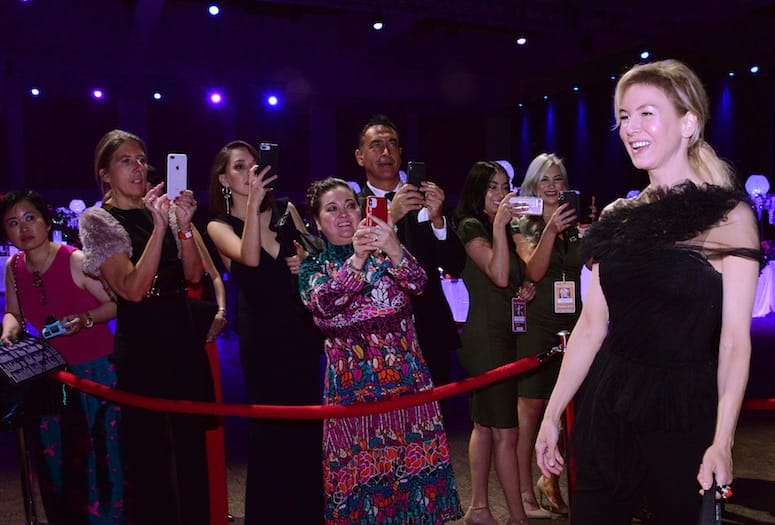 The 31st Annual Palm Springs International Film Festival Awards Gala launched the film award season with superstar power as the red carpet was rolled out to 2,500 guests and a multitude of notables in the film industry.

The Awards Gala, held at the Palm Springs Convention Center honors films, writers, directors, and actors who are often nominees and winners of the forthcoming Golden Globes and Oscars. This year the Film Festival presented 191 movies with 422 screenings shown throughout the 14 days of the PSIFF.

Mary Hart, who hosted Entertainment Tonight for 29 years, served as emcee for the evening and showed her star mettle as she entertained and informed gala guests and welcomed presenters and nominees throughout the evening.

Matzner mentioned that $250,000 has been raised for the event with help from the power-team of underwriters that included Helene Galen, Patti and Jack Grundhofer, JoAnn and Sean McGrath, Arlene and Jordan Schnitzer, and Matzner. These funds will be used for film society operations and placed into the Film Foundation to be used for educational programs. Matzner also thanked all sponsors, which included Presenting Sponsor American Express along with Entertainment Tonight, and AT&T.