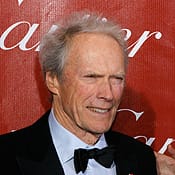 The Palm Springs International Film Festival kicked off last night in grand style at the Palm Springs Convention Center. The festival Awards Gala, presented by Cartier and hosted by Entertainment Tonight’s Mary Hart in a strapless blue gown, honored actors and directors for their achievements over the past year and over their careers. Up in the Air producer Ivan Reitman presented Anna Kendrick with the Rising Star Award for her role in his film. Morgan Freeman presented Helen Mirren with the Career Achievement Award and received his own Career Achievement Award from Clint Eastwood. Diablo Cody presented Quentin Tarantino with the Sonny Bono Visionary Award. Other celebrities who took the stage included honorees Maria Carey, Jeff Bridges, and Marion Cotillard.

The audiovisual crew watched banks of screens backstage while celebrities were ushered to interview and photo ops, including the Cartier “room.”

Meanwhile, distinguished guests in tuxes and gowns filled 145 round tables dressed in gold and featuring floral centerpieces that included gardenias floating in water atop a light box. Three massive screens — almost 2,500 square feet — and a camera on a jib boom added to the thrill of star power.  Film festival chairman Harold Matzner announced that the gala raised more than a million dollars.

After the red-carpet arrivals, cocktail hour, dinner, and awards, guests and celebrities moved to Parker Palm Springs for a celebratory after-party.