Palm Springs International Film Festival Off to a Rave Start 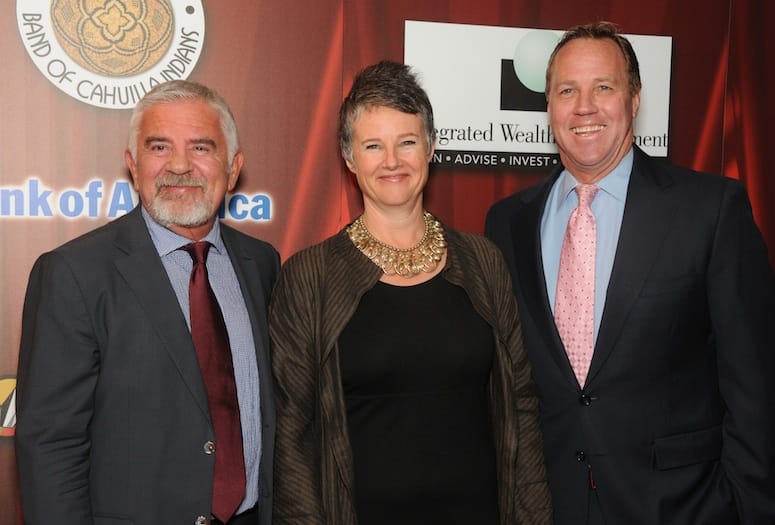 Opening night of the 25th Annual Palm Springs International Film Festival sponsored by Wells Fargo and Gunthy-Renker reflected the independent and international nature of what is one of the premier U.S. film festivals.

The opening night film Belle wowed the sold out audience of 1,100 at the Palm Springs High School auditorium. Marking her second feature film, director/writer Amma Assante spoke eloquently about the journey to make the film and thanked Fox Searchlight Pictures for their help.

The buzz at the after party at the Palm Springs Art Museum was all praise for this moving portrait based on the life of Dido Elizabeth Belle (1761-1804). Festival Chairman Harold Matzner thanked everyone for coming and remarked on how far the Film Festival has come in only 10 years.

“Ten years ago we had trouble getting two people from Hollywood, but at this Saturday’s Gala, we’ll have 200, including most studio heads,” Matzner says.

Sony even chartered an extra airplane to bring stars to walk the red carpet, even if they are not being honored – because of The Red Carpet exposure to the international media.

Of special note was Matzner’s mention of the late Agua Caliente Tribal Chief Richard Milanovich, one of this year’s Honorary Chairs.

Seen at the film and at the after party at Palm Springs Art Museum were Festival Board members JoAnn McGrath, Donna MacMillan, Patrick Mundt, Fritz Frauchiger and Sidney Craig.