The Palm Springs Jewish Film Festival returns to the big screens, giving audiences a chance to interact in person with the films and each other starting March 6 through the 9th. Films will be screened at Temple Isaiah, the Palm Springs Cultural Center, and one special screening at Oscar’s Café.

The audience can also engage in a discussion about the history of the Catholic Church and Jews during World War II following the screening of Syndrome K on March 7. Rabbi Rosenberg will moderate the chat. In addition, the festival will bring its “Lobby Conversation”, which was created during the virtual fests, to life in the lobby during lunch on March 8 after the screening of Ganef and Rose. 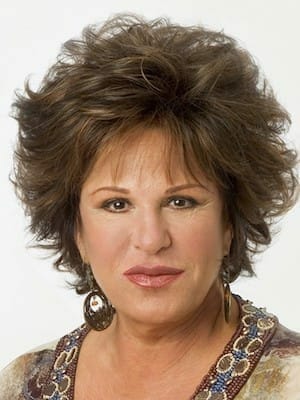 “We found out that people really enjoy getting together and talk about the movies,” says Doug Morton, festival chair. The audience is welcome to join this event and either bring their own lunch or purchase one at the theater.

Comedian Howie Mandel will share his thoughts on his documentary, “Howie Mandel: But Enough About Me” in an interview taped specifically for the fest. The interview will be shown March 9 after the documentary.

Lynn Roth, known for The Little Traitor, will be there for a Q & A after the Palm Springs premiere of Shepherd: The Story of the Jewish Dog set for closing night.

“I am very excited,” says Morton, “to announce that we will have the world premiere of the documentary Fiddler's Journey to the Big Screen at our festival. The film is narrated by no one less than Jeff Goldblum.” The film captures the humor and drama of director Norman Jewison’s quest to recreate the lost world of Jewish life in Tsarist, Russia, and re-envision the beloved stage hit as a wide-screen epic in Fiddler on the Roof.

Palm Springs Life further chatted with Morton about the festival, his favorite films to watch, and why this festival is important to the Coachella Valley.

Fiddler's Journey to the Big Screen - Official Trailer from Adama Films on Vimeo.

What kind of audience input have you received in the past that helps guide you in the films you pick, the events you schedule, the length of the film fest, etc…

The crowd typically enjoys and loves the documentaries. They love the true stories, and they love things that are based on facts. The other thing that our audiences always enjoy is anything that has to do with Hollywood. They like to hear about the issues, talk about the film, or meet the directors.

Why is it important to have a Jewish Film Festival in the Coachella Valley?

A Jewish Film Festival gives the Jews in the valley the ability to have self-identity. It helps to understand their issues and be respectful. As a community people come together and look at cultural and educational issues that affects them.

It's good for the non-Jewish population to join us. It helps people to learn about our issues, and they understand what's going on. That's critical. It's important to keep the identity and to remember what's happened. It is also important that people can see all the beautiful things that are happening with our religion and our world today.

How many films were submitted this year, and how difficult was it to choose which ones will be screened?

We have taken on a new course. Instead of just blindly searching for movies, we are looking what other film festivals are doing. We have made friends with other festivals which made it very tough because we had so many movies to choose from. We had each committee member go out and pick two or three movies. At the end we would choose from those the films for our festival based on those selections. This year came together beautifully. I think it's going to be one of the best film festivals we've ever had, honestly.

What are your favorite films at the festival?

The diversity of the movies is very special this year. We have the documentaries, the fun movies, the serious movies, the movies regarding World War II, The Fiddler’s Journey to the Big Screen world premiere and three other premieres in Palm Springs. I think this is the most incredible lineup we've ever had.

Tango Shabbat is fun. I love this film. It is about a Tango dancer and a rabbi developing a plan to enter a dance competition without sacrificing his orthodox beliefs. Family, tolerance, and community are tested one dazzling dance step at a time.

My favorite is clearly Shepherd: The Story of a Jewish Dog. It's really cool because it's about a family that had a German Shepherd. The boy, of course, bonded with his dog. They got deported and the dog was taken away from the Nazis. When the family got off the trains at Auschwitz, the boy and the dog reconnect. The dog noticed the boy right away. What happens is incredible.

Another favorite of mine is Sublet. It is our LGBT section. This year, Oscar's Café is sponsoring the movie, and they are actually going to screen it there. Sublet is a gay movie about a New York Times travel writer who comes to Tel Aviv after suffering a tragedy.

There's a movie that I just couldn't stop thinking about. It's called Persian Lessons. It’s fiction. It's about a Jewish man who went to a concentration camp. He pretends to be Iranian to avoid being persecuted. The commandant wants to learn Persian, that is how the man survived. He used the last names of people that were being killed to make up the language. That's how he'd remember the names when he went to the trials in Nuremberg to testify. He would tell them, "these are the people that were killed in this camp."

There's another movie that is incredible. It's called Outremont, and the Hasidim. It's a documentary about the Hasidim. Their community is growing in a city called Outremont in Canada. They're living with the non-Jewish population. Thanks to unprecedented access to this self-isolated community, the film lifts the veil on its practices, traditions, music, and life.