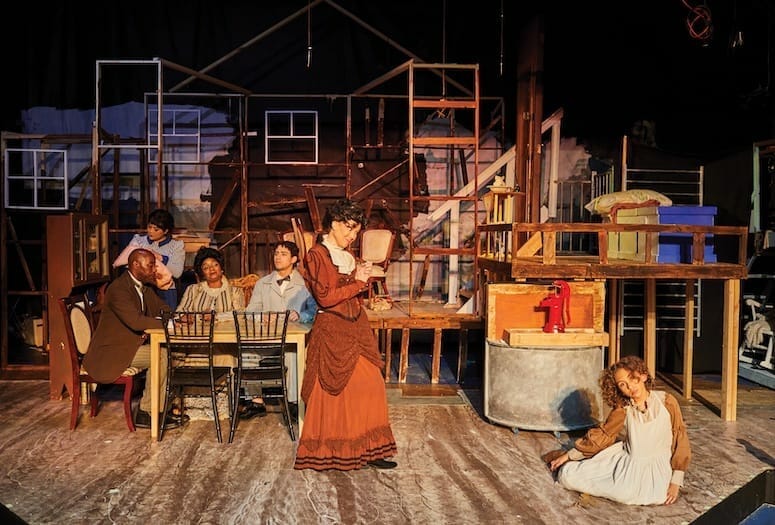 Some 2,600 miles from Broadway, the curtain is rising on the Coachella Valley theater season, even as the effects of the pandemic continue to impact some local troupes. (The LGBTQ-oriented Desert Rose Playhouse announced over the summer that it was ceasing operations.) Against the backdrop of the San Jacinto and Santa Rosa mountains, the artform is thriving again, thanks to a committed community of companies offering something for everyone. (Well, almost. If you expect a Waiting for Guffman moment, the laugh is on you.)

If professional theater presented in an intimate space is what you’re after, take a seat at Coachella Valley Repertory, aka CVRep. Under the direction of recently named executive artistic director Adam Karsten, the 208-seat house — designated a small professional theater by Actor’s Equity Association — will present three plays and two musicals. All Tony Award winners or nominees, the lineup includes The Humans, Fun Home, Dirty Blonde, Once, and Hand to God. 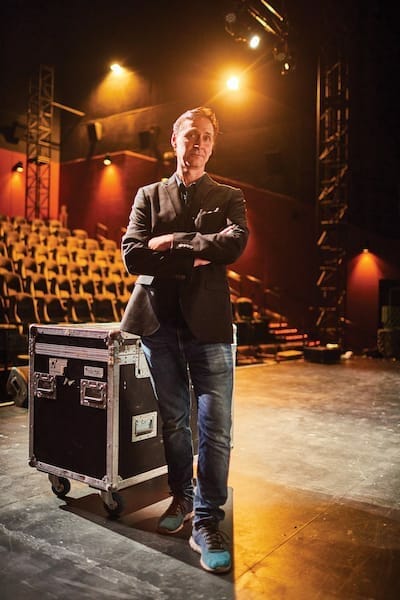 “The characters in all those pieces are faced with challenges that they have to make decisions about and overcome,” Karsten says of the choices for his inaugural season, whose theme is “creativity takes courage.” “Not everybody has heard of [the plays], but they’re all commercial fare with a track record of success.” Looking ahead, Karsten is most excited about a new works development program that will see CVRep participate in the building of a Broadway show.

Dezart Performs, the only other small professional Equity theater in the Coachella Valley, started in an art gallery in 2008. When the gallery closed, the company moved to Pearl McManus Theater at the historic Palm Springs Woman’s Club, where it has since been presenting thought-provoking shows. Subscribers make up almost 50 percent of the audience, according to artistic director Michael Shaw, who knows what interests them: “Imaginative and often-surprising work dealing with the challenges that communities face — what our country’s been through and what the world’s going through.”

It’s different from the tried-and-true “chestnuts” that many local companies rely on to fill seats. “That’s the draw,” Shaw says. “We’ve created a niche market.” Word gets around. The company’s growing patronage can anticipate a season featuring Tony-nominated Choir Boy, A Bright New Boise, A Funny Thing Happened on the Way to the Gynecologic Oncology Unit at Memorial Sloan Kettering Cancer Center of New York City, and The Garbologists. 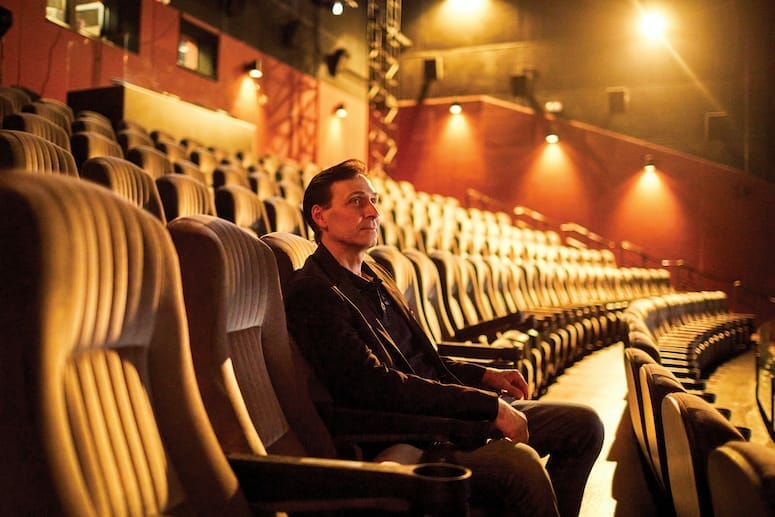 Adam Karsten, the new executive artistic director at CVRep, has given his first season a theme: “Creativity takes courage.”

You can satisfy your intellectual curiosity at Desert Ensemble Theatre, now in residence at the Palm Springs Cultural Center. Committed to intimate works that deal with issues that are important to people’s everyday lives and that will spark post-performance conversations, the troupe’s 12th season features plays by West Coast playwrights, including the world premiere of Do Not Remove Label, along with Kill the Editor, Kafka’s Joke, and Future Thinking.

If you’re fond of original works, Script2Stage2Screen presents staged readings of new scripts at Rancho Mirage’s Unitarian Universalist Church. “It’s a workshop,” says Steven Fisher, the group’s artistic director, “a chance for people who love the theater to be a part of the birth of a script.” Providing playwrights with a place to hear their works read aloud, the company has expanded to include plays from around the world. Presenting full-fledged, on-book productions with costumes, props, and stage sets, Script2Stage2Screen follows every performance with a Q&A with the director, actors, and oftentimes the playwrights. At only $10 a ticket, this immersive theatrical experience can’t be beat. The season includes Widow’s Waltz, All About Moonbeams, Cozy Murder, Prepping for Widowhood, After Another, Altruism, and Room 5 Motel 6. 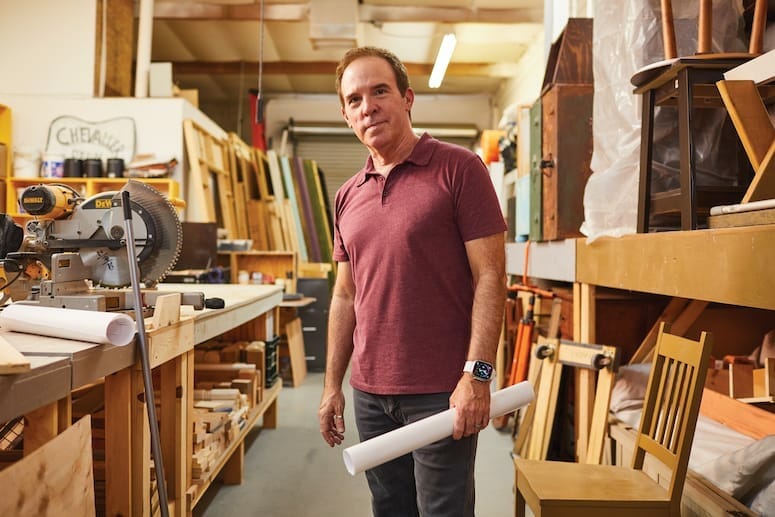 The granddaddy of all Palm Springs theater companies is Palm Canyon Theatre, now in its 26th season. Founded by William Layne, his wife, Sylvia, and their set-designing son, J.W., this is a family affair in the grandest sense. Made up of a loyal troupe of actors, behind-the-scenes volunteers, and the Layne’s daughter, Se, who in addition to starring in many of the company’s productions (Mame, Camelot, Guys and Dolls, and Hello, Dolly, among others) often serves as director, costume designer, and choreographer. This season’s robust schedule includes Nunsensations!, Palm Springs Getaway, The Scarlet Pimpernel, Daddy’s Dyin’, Little Women the Musical, She Loves Me, and Hair. 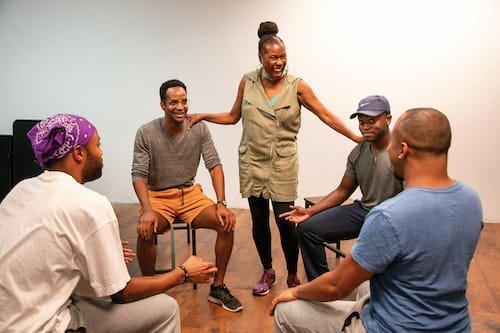 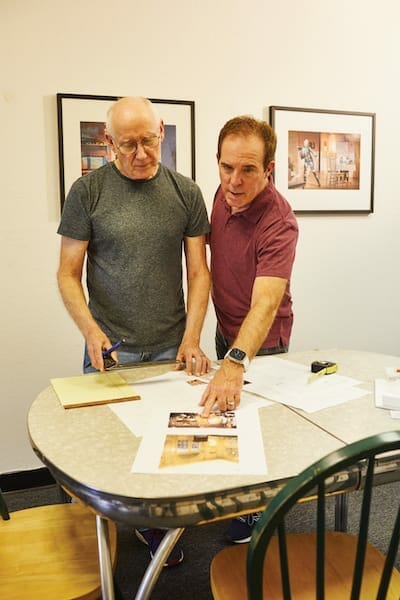 Ron Phillips, CEO of Indio-based Desert TheatreWorks, describes his company as “an all-hands-on-deck community experience” and a member of the American Association of Community Theatres. “If someone tries out, we put them in the show,” Phillips says. “We have people that are retired Broadway actors and people who have never been onstage before” — a risky mix that for better or worse is always entertaining. This year’s must-see offerings include A Gentlemen’s Guide to Love and Murder, Neil Simon’s Barefoot in the Park, Irving Berlin’s White Christmas, Nunsense, Agatha Christie’s The Mousetrap, Jimmy Buffet’s Escape to Margaritaville, The Play That Goes Wrong, and The Last Five Years. 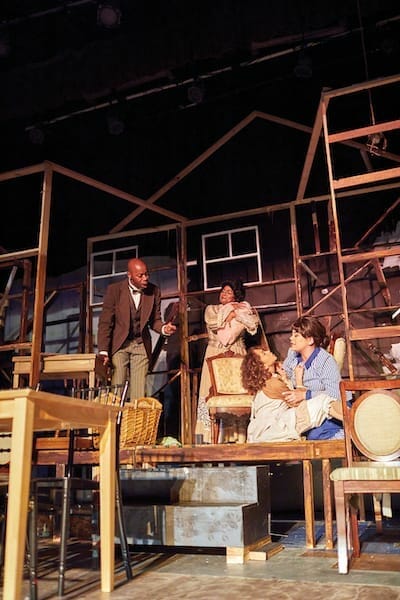 Sometimes your past catches up with you in the most fortuitous way. Just ask Josh Carr (musical director/choreographer) and Ray Limon (director/choreographer) of Desert Theatricals. They had just moved to the desert when Rancho Mirage Mayor Charlie Townsend called. “Are you the Welk guys?” Townsend asked, referring to their years at the Theatre at the Welk in Escondido. He asked them to take a look at the Rancho Mirage Amphitheater.

Two weeks later, they were pitching a season to the City Council, and the rest is history. Rain or shine, the company will present dinner theater and general admission seating under the stars for three musicals: Rogers and Hammerstein’s South Pacific, Beauty and the Beast, and Joseph and the Amazing Technicolor Dreamcoat. Additional programming includes the youth program’s productions of Disney’s Aladdin Jr., Willy Wonka, Charlotte’s Web, and a Christmas show.

Named for the room where actors wait before going onstage, the Green Room Theatre Company takes its productions to where audiences are. That can mean performing readings at Barnes & Nobles, churches, or California State University, San Bernardino’s Palm Desert Campus. Artistic director David Catanzarite is scouting venues for the company’s spring 2023 productions of Novio Boy, Tony and Tico’s Wedding (an LGBTQ+ take on Tony and Tina’s Wedding, and Shakespeare’s Othello. 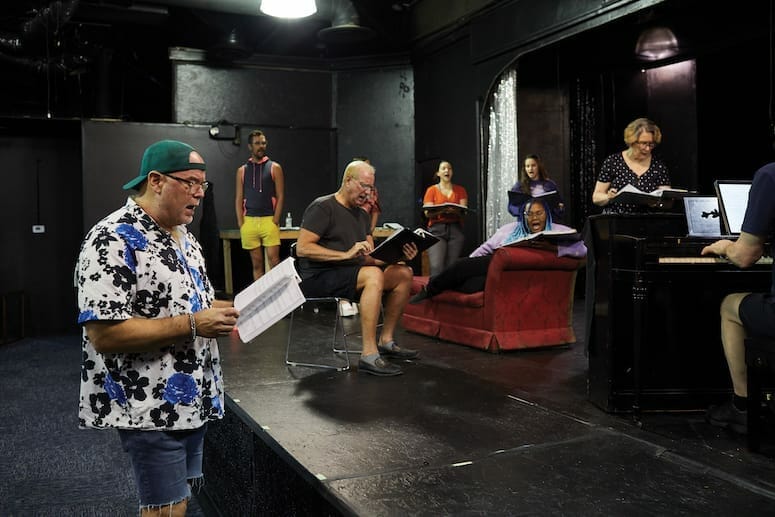 Finally, Musical Theatre University, part of the Palm Springs Unified School District, is a free-of-charge, after-school conservatory of the arts designed to meet the needs of students from grades 9 to 12 who aspire to careers in professional theater. It’s the brainchild of David Green, who has spent three decades as the wind beneath the dreams of young Broadway hopefuls including Glee’s Matthew Morrison and Tony winners Stephanie J. Block and Lindsay Mendez.

In residence at Rancho Mirage High School, 90 percent of MTU faculty are Broadway veterans who teach voice, acting, Shakespeare, ballet, and jazz. Every one of the group’s performances features Broadway professionals as the primary adult actors, as well as live instrumentation. The results are astounding. This season includes Sunset Boulevard, A Chorus Line, Coming Home – 10th Anniversary Broadway in Concert, and Something Rotten. 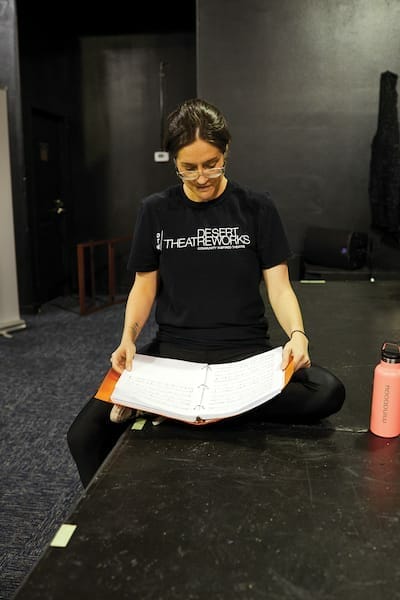 With such an embarrassment of local theatrical riches, you might think you’ve stepped into an episode of Apple TV’s Schmigadoon. But rather than be tempted to join the cast, heed legendary actress Tallulah Bankhead’s advice: “If you really want to help the American theater, don’t be an actress, darling. Be an audience.” 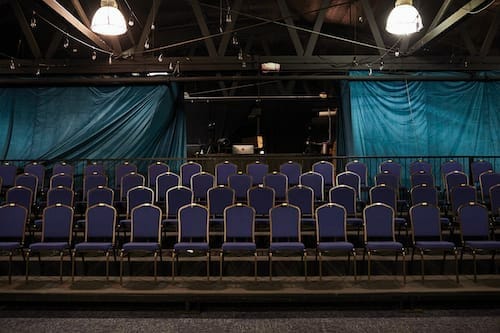 • READ NEXT: Michael Childers Aligns Stars for "One Night Only."