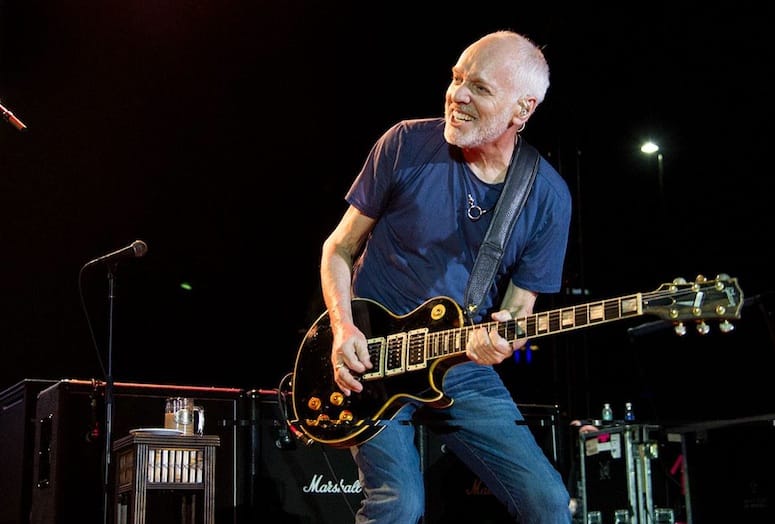 TAKE ME TO THE MOVIES

Palm Springs Gay & Lesbian Film Festival
The largest selection of feature films in the festival's seven-year history – nearly 40, plus more than 30 shorts, running all day today (Sept. 19) Sept. 20 and 21 at the Camelot Theatres. Saturday night showing of The Dark Place may include an appearance by co-star Sean Paul Lockhart

Peter Frampton
No, Peter Frampton doesn't have the signature golden locks of the 1970s, but he still has the chops to belt out many of those hits Sept. 19 at Agua Caliente Resort Casino in Rancho Mirage. Diana Ross
Speaking of icons, there is no underscoring Diana Ross' influence on the music industry. Even at 70, she still has firepower. 8 p.m. Sept. 20 at Fantasy Springs Resort Casino in Indio.

"Top Rock" Dares You to Sing Along
The songs you still remember the words to is exactly what you'll hear when you go see "Top Rock" at the Hard Rock Hotel Palm Springs, running Friday and Saturday nights through September. The interactive musical tribute show really spans six decades of music, but most of it is from the 1980s and '90s. Watch VIDEO Highlights.

Charles Busch
He says his biggest influence was Charles Ludlam, so you know his female impersonation with the flair of Old Hollywood types like Bette Davis, Joan Crawford and Rosalind Russell will be dead on. Sept. 19-20 at Copa Palm Springs. Eileen Fisher Marks 30th Anniversary
The El Paseo shop in Palm Desert will donate 10 percent of its proceeds Sept. 20 to the Young Women Leaders Program of the Women Leader Forum of the Coachella Valley. Check out the new ICON collection.

Shelagh Ratner, Matthew Moore
See this duo perform as part of the Purple Room Restaurant & Stage's continuing series of Comedy Nights. You may recognize Ratner at first by her voice. She's done a ton of voiceovers for TV ads.

6 Ways to Indulge Santa Barbara, California
From Your Appetite to expanding the horizons of Your Mind, we've suggested six ways to explore Santa Barbara.