Patti LaBelle Delivers for Stepping Out for College of the Desert 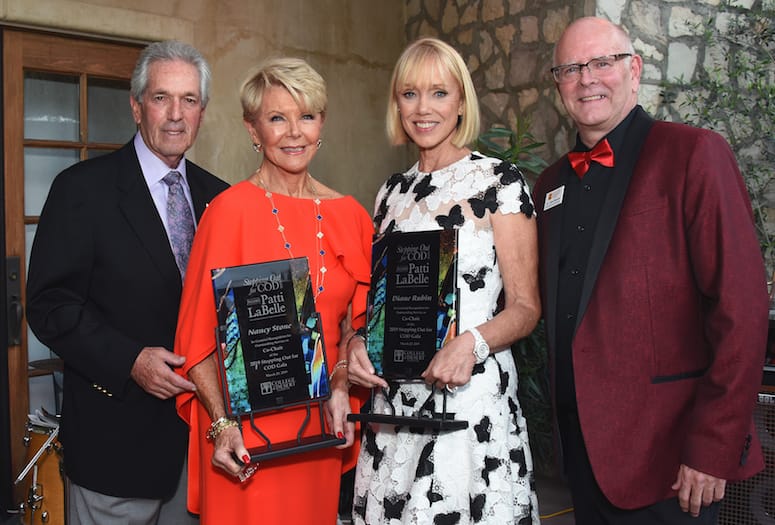 Stepping Out for College of the Desert Committee co-chairs Diane Rubin and Nancy Stone, aided by committee members Bill S. Chunowitz, Dominique Shwe, Barbara Foster Monachino, and Madeline Zuckerman, delivered a terrific show that had the entire audience on its feet, waving its arms and singing along at the McCallum Theatre.

The 100-minute show delivered non-stop rhythm and blues/rock infused jazz led by the “Godmother of Soul”, Patti LaBelle. The audience responded to the sentimental favorite “Over the Rainbow” and a stunning tribute in memory to fallen singers and LaBelle’s immediate family rounded out the emotional wallop.

As in years past, Chancellor Level Stepping Out Sponsors Alan and Helen Greene with son Jim and spouse Jessica Greene from The David and Alan Greene Family Foundation enjoyed the festivities. Other major donors were Sherrie Auen and Catharine Reed from The Auen Foundation, Nancy Harris of the Coeta and Donald Barker Foundation and Joel Smilow. COD musicians provided entertainment.