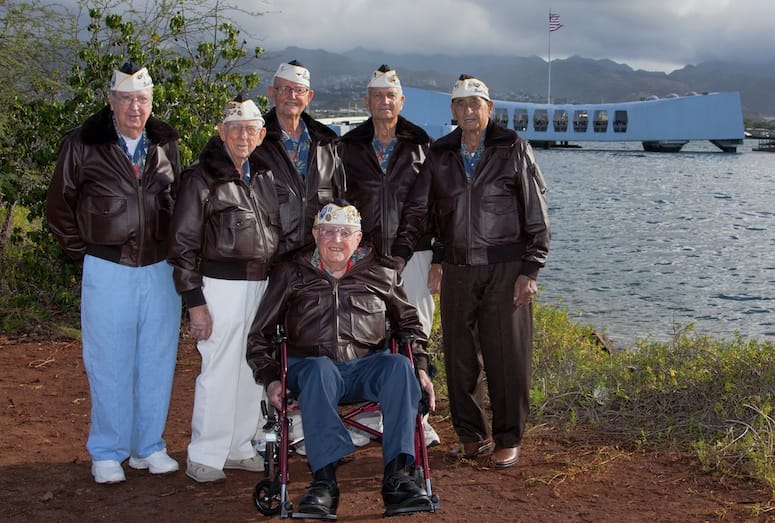 With nearly 1,000 World War II veterans dying each day, the living history of the infamous attack on Pearl Harbor on Dec. 7, 1941 is fading.

In 2011, however, Liz Watkins worked with Holly Shelton and retired Lt. Colonel Bill Phillips to organize and raise funds so that six Pensacola, Fla., area Pearl Harbor survivors could return to mark the 70th anniversary of the attack by Japanese forces.

Their trip is chronicled in the documentary, Pearl Harbor: One Last Goodbye, which will screen at 1 p.m. March 16 at the Palm Springs Air Museum.

Watkins, the documentary's executive producer, will be present to answer questions. The program is included with regular admission to the museum, and free to members.

Along with 12 support personnel, Watkins Productions accompanied the six men and documented the entire trip, including sit down interviews to document the compelling stories of these veterans of that fateful day.