Plaza Theatre Reopens in 1936 for Premiere of Film "Camille" 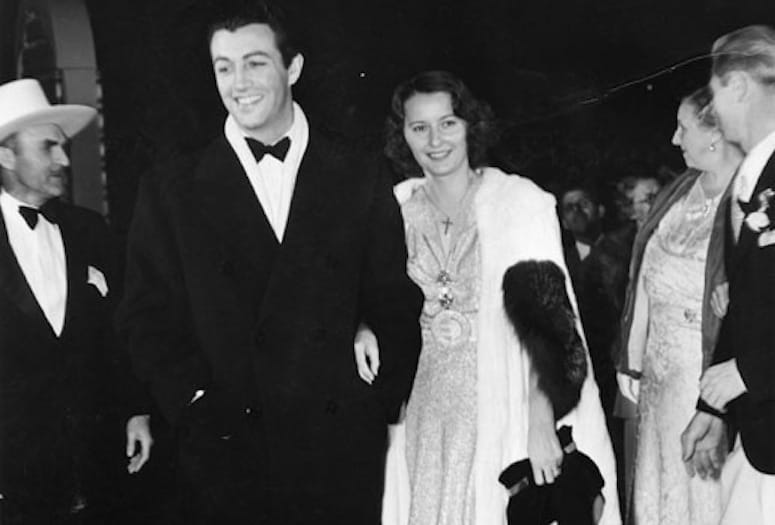 With the support of local film celebrities Charlie Farrell and Ralph Bellamy — who reached out to friends at Metro-Goldwyn-Mayer – Earle Strebe opened the Plaza Theatre on Dec. 12, 1936 for the world premiere of Camille.

Adoring fans lined Palm Canyon Drive waiting for the stars to arrive and were thrilled when the movie’s leading man, Robert Taylor, arrived with his wife, Barbara Stanwyck, via a red carpet stretching from the street to the front of the theatre, while (according to local lore) the leading lady, reclusive Greta Garbo, slipped in through a side door as the opening credits rolled, wearing dark glasses and a scarf that covered her hair so she could remain incognito seated in the last row.

A seat for Camille, a romantic drama film directed by George Cukor, went for $10 each. Garbo’s performance as Marguerite is regarded as one of her best screen performances. She was nominated for an Academy Award in the Best Actress category.

Only a couple of months after the grand opening, manager Earle Strebe announced that the Plaza Theatre would be closing indefinitely due to the fact that he could not book a sufficient number of first-rate films for the two theatres in downtown Palm Springs.
Strebe managed the Plaza Theatre, but he also owned the competing Palm Springs Theatre, located just a couple of blocks north at the intersection of Andreas Road and North Palm Canyon Drive.

Looking out for “everyone’s” interests, Strebe explained in a Jan. 29, 1937 Desert Sun article that he needed to book seven top-notch films per week in order to change the program at the Palm Springs Theatre four times per week and at the Plaza Theatre three times.

Strebe claimed that he was unable to secure such a weekly variety of A-list films, which were needed, according to him, because “the discriminating theatregoers in Palm Springs were only interested in the best movies that were out.”

Fast forward to today, the City of Palm Springs owns the aging structure and has launched a capital campaign to raise funds to fully restore this iconic building back to its former glory. The city recently engaged the international architectural firm Gensler and historic preservation consultants Chattel to develop a comprehensive restoration and rehabilitation plan.

To learn more about this important restoration project, visit: SaveThePlazaTheatrePS.com

There is a multitude of ways to Explore Palm Springs, which turns 81 in 2019. One of the more intriguing methods is by exploring Palm Springs history. The Palm Springs Historical Society will share a story whose time and place often corresponds with today.