Daniel D’Agostini - Into the Earth: A Wine Cave Renaissance 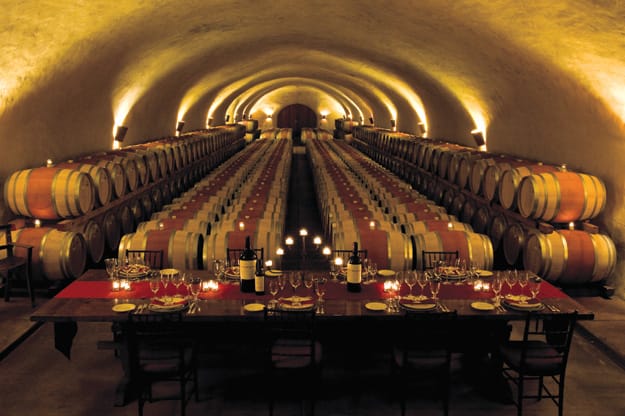 Daniel D’Agostini recalls “the cool air scented by wine and oak and sometimes tinged with curing cement. Stillness, followed by echoes of the shutter.”

D’Agostini has been photographing wine caves since 1996 — sometimes documenting their construction. At Ironstone Vineyards in the Sierra Foothills, he came upon cave doors made from staves of barrels once full of his family’s wine. On March 13, he will share his experiences at the KCET wine auction in Rancho Mirage. He will sign copies of Into the Earth: A Wine Cave Renaissance, a coffee-table book covering 30 wine caves, and during the auction will describe the cave at Spring Mountain Vineyard in St. Helena, which has donated a private VIP tour and wine-cave dinner for six.

In its second year, the fundraiser — chaired by winemaker/importer Anthony Terlato of Chicago and Indian Wells — has attracted the crème de la crème of California wineries to pour their wines during the dinner and auction led by Bonhams & Butterfields. Information: 1-760-200-8684.