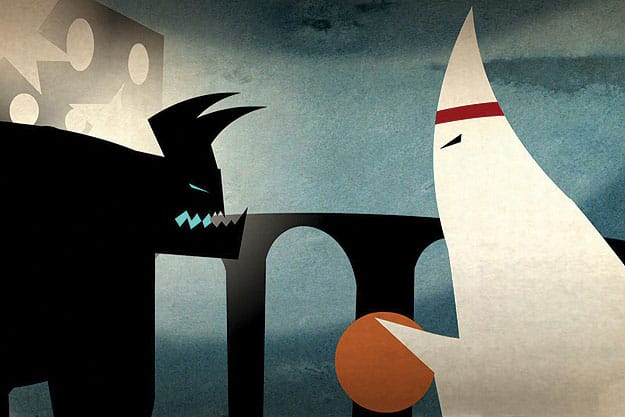 The Basketball Game is one of the films included in a ShortFest program for kids.
COURTESY PALM SPRINGS INTERNATIONAL SHORTFEST

After 17 years of building an appreciative audience for short films, Palm Springs International ShortFest organizers plan to cultivate a new demographic: 8- to 12-year-olds. This year’s festival (June 19-25) introduces a mix of live action and animated shorts in a program specifically for kids.

“They are films that parents can appreciate too, but they don’t have to worry about [their children being subjected to] violence, sex, and foul language,” says Darryl Macdonald, executive director.

Another new element of this year’s festival comes courtesy of a $20,000 grant from the Academy of Motion Picture Arts and Sciences.

“The grant was meant to underwrite adding workshops and, even more specifically, doing something we’ve never done before,” Macdonald says, explaining that filmmakers can apply for “table meetings” with industry professionals in small groups. Further aiding accessibility for filmmakers, the festival will simulcast panel discussions to the filmmakers’ lounge.

Last year, the festival introduced ShortFest Online, screening 10 short films on its website and allowing the public to vote for their favorites. “These are films that may have been on the Internet,” Macdonald says, explaining that festival rules preclude a theater screening of any film that has been shown in Palm Springs, on television, or online. “Last year, we got a number of films, some with name cast members that were just flat out terrific that we wanted to put in ShortFest and then discovered they had appeared online somewhere. So we thought, ‘Why not start ShortFest Online and have films we would have been proud to put into the festival proper?’”

While ShortFest officials conceivably could alter the rules to reflect the changing landscape, Macdonald says, “We are, to a certain sense, holding back the dam.” The message to filmmakers is this: “Do key festivals first, and then go online.” A just-finished-editing web presence not only hurts their chances of getting their films into a festival, but also their chances of getting distribution. As Macdonald points out, “Exclusivity is everything.”

ShortFest Online films will be posted June 5 to July 30, though the voting window will be shorter so the festival can announce the winning filmmaker(s) at the award ceremony on the closing night of the festival.

Macdonald also is excited about this year’s return of the Shooting Stars program. Famous actors working in front of and behind the camera in shorts among the 320 screenings scheduled include Charlotte Rampling, Judi Dench, Julia Louis-Dreyfus, Michael Fassbinder, and Matthew Modine (the first to confirm his appearance at the Palm Springs festival).