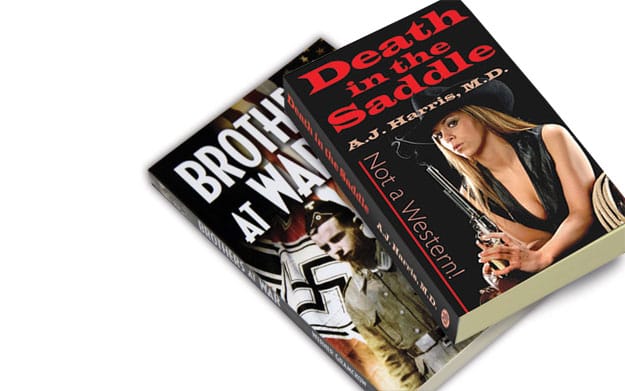 WERNER GRAMCKOW of Indian Wells has published his memoir, “Brothers at War” (CreateSpace). As a boy raised in Germany, Gramckow cared only about soccer and going to America. His brother moved there 10 years before the start of World War II and became an Army intelligence officer. When Gramckow was drafted, the brothers ended up fighting on opposite sides. A reluctant soldier in Hitler’s army, Gramckow served in a cavalry that chased battles around Europe on bicycles and survived the Russian front.

ALVIN J. HARRIS, a retired orthopedic surgeon living in Palm Desert, has released his fourth mystery, “Death in the Saddle (Not a Western)” (Murder Mystery Press). Set in the Coachella Valley, the novel is about the murder of a much-despised billionaire real estate developer. The biggest challenge for the two detectives assigned to the case is finding someone who is not a likely suspect and doing it in the face of increasing political pressure.