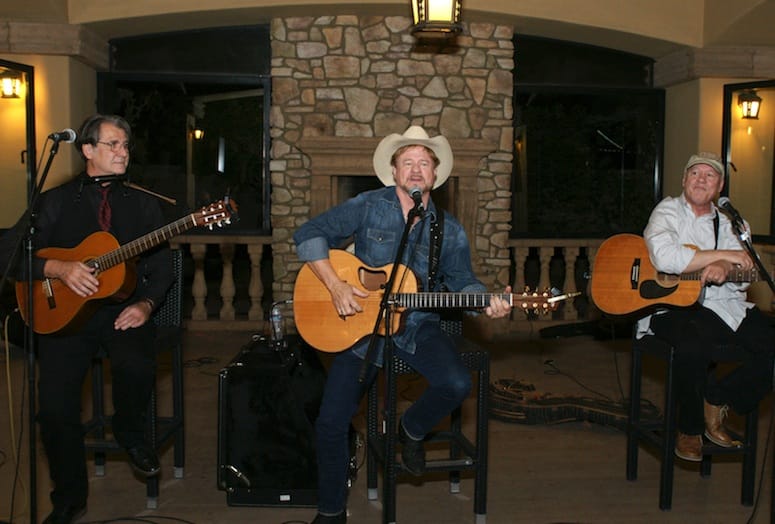 Two members of the Nashville Songwriters Hall of Fame, Richard Leigh and Paul Overstreet, were joined by fellow songwriter Billy Aerts, who has had songs recorded by Joe Cocker and Miley Cyrus among others, during a musical celebratory thank you on behalf of Raymond James to Eisenhower Medical Center and The McCallum Theatre.

The Oct. 12 event began with a memorable dinner at La Spiga Ristorante in Palm Desert, on their beautiful outdoor patio.

The musical entertainment included a ‘who’s who’ of music legends. Leigh, who has had his songs sung by Ray Charles, Connie Francis, Anne Murray and Perry Como, is a Grammy Award winner and a member of the Nashville Songwriters Hall of Fame. Overstreet, who has been also inducted into the Nashville Songwriters Hall of Fame, is a two-time Grammy winner, has won two Country Music Awards, and five BMI Songwriter of the Year honors. Aerts is an original member of the rock group, Lobo, and has written and produced soundtracks used in movies, television, and commercials.