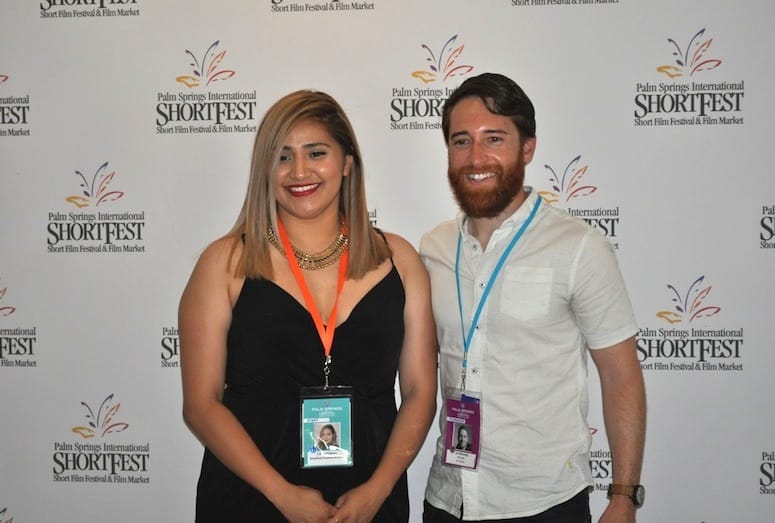 Watching movies as a kid were more than a form of escape for Lily Rodriguez.

It turned out to shape her career path.

Rodriguez, who grew up in Indio and graduated from Coachella High School, describes herself as an “indoor kid” who would watch movies from morning to bedtime. “So, my parents were kind of very protective parents,” Rodriguez says. “I didn’t go out to many of my friends’ houses, but I would spend all summer watching movies.”

“I remember one of my earliest memories is watching The Exorcist with my parents,” she adds, laughing. “ I have very liberal parents.”

“I never thought I would wind up with this type of position,” Rodriguez says. “I loved it so much, I had to be involved more and more. And they’ve been so good to me.”

At the opening of this year’s ShortFest, Festival Chairman Harold Matzner spoke in glowing terms of Rodriguez and projected big things from her. “She is going to be a superstar. You wait and see,” Matzner said.

Rodriguez says the last four years have prepared her for this more demanding, public role. “I’ve worked with all the different artistic directors,” she says. “I kind of knew what to expect. I knew the workload. I knew how to prepare for it. The staff knows what they need to be doing. It’s like a well-oiled machine. So, it was really helpful having that constant, too.”

Compared to the Palm Springs International Film Festival in January which prides itself on attracting big films and bigger stars, ShortFest is geared for young filmmakers and creating educational opportunities by giving their films a spot before audiences — often for the first time — along with participation in panels and networking with their peers.

“The whole thing, from the screenings to the parties, it really is a learning experience for filmmakers,” Rodriguez says. “So really, every part of ShortFest is so that they get to learn from it. Even the parties. And I swear, a lot of learning happens at these parties.”

In fact, one of Rodriguez’s favorite stories came from an email she received a few years ago from a filmmaker who was returning to attend the Palm Springs International ShortFest to show his film.

“He wrote, ‘I met the writer and producer at ShortFest at a party and now we’re working together,’” Rodriguez recalls. “I love this story.”