Reign of Terroir - Terroir is a useful concept. But it really starts to get meaningful when you get down to a single, individual vineyard. 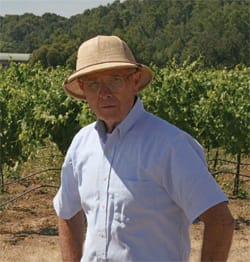 After almost 150 years and the opening of more than 300 wineries, Napa Valley finally earned the respect of the European Union. In May, the Northern California wine region won Geographic Indication status — the first such recognition of an American wine appellation.

Warning: In your belated congratulatory note, don’t write, “I always knew the French — with their Bordeaux, Champagne, Côtes du Rhône, and other appellations — would one day realize that Napa Valley’s terroir is just as good.”

“People in the United States tend to define ‘terroir’ as if it’s a physical address, which misses the point,” says Dirk Hampson, director of winemaking for Nickel & Nickel in Oakville. “True terroir only comes with a relationship over time with the land.”

But, not so fast if you think he means the dirt on which the winemaker stands.

“The unfortunate thing about the word ‘terroir’ is people think it means the ground,” Hampson says. “But the way it’s used in the French language is much more a philosophical concept of personality of place.”

Don’t worry if you’re scratching your head at this point. Ask five people to define “terroir” and you’ll get five definitions. Its nebulousness, however, is one of the things that make wine so interesting. There’s a lot of interpreting going on.

And as far as George Hendry is concerned, people are even using “appellation” incorrectly. The owner of Hendry Ranch in Napa says American appellations “embrace too many different conditions of soil and climate to be very significant.

“We’ve got one good one,” Hendry says. “Carneros is the only one a customer learns anything about when he reads it on the bottle. The soil is more uniform. You can buy a bottle of Carneros pinot noir and its variation will be in a recognizable group.” The same cannot be said of the Napa Valley, according to Hendry. “The people that it’s meaningful to are marketers, because they spin it,” he says.

On the other hand, Hendry says, “Terroir is a useful concept. But it really starts to get meaningful when you get down to a single, individual vineyard.”

For an example of how terroir affects grapes, Hendry points to adjacent blocks in his own vineyards. “I was selling pinot noir to Robert Mondavi and getting half as much from Block 3 than Block 4,” he says. Block 3 produces a lighter wine than Block 4, which produces grapes for “serious, dark, rich, reserve pinot.”

Hendry defines terroir as “everything that the site brings to the bottle.” That includes not only soil factors, but also climate, slope, drainage, and how it reflects heat.

A former cyclotron (particle accelerator) physicist who grew up on the ranch that sold zinfandel grapes to the Christian Brothers winery, Hendry embraces the science of winemaking. “We have some tricks for helping the vineyard tell us what’s going on,” he says. “For example, we measure the trunk diameter of the vine and plot it on a matrix. But the things that are important are not easy to measure.

“There’s another thing [about terroir] that’s a much more esoteric concept,” he continues. “It’s also the guy that owns [the vineyard] and makes the wine.”

Jean-Noël Formeaux, owner of Napa’s Chateau Potelle Winery, holds an opinion on the subject that reflects his French background: that “terroir” has had little meaning in the United States.

“It’s a mass-production country. Everything is quantity and uniformity, and that is why you have fast-food chains,” he says. However, there has been a revolution over the past 25 years as domestic wines have reached a greater nobility, says Formeaux, who perhaps not coincidentally immigrated to California 24 years ago. “Suddenly food and wine doesn’t become a process anymore when you reach a certain quality,” he says. “That’s where the word ‘terroir’ in the United States is starting to take its full dimension. Before, terroir was, according to the big producers, a French word just to sell wine.”

At Nickel & Nickel, winemaker Darice Spinelli takes a light hand, letting the personality of each vineyard shine. Focusing on 100 percent varietal, single-vineyard wines, the winery offers an elucidating “terroir tasting” of five of its cabernet sauvignons from the same vintage. Hampson says understanding how to capitalize on the strengths and counteract any weaknesses of any particular plot of ground takes time. “You can have all of these ideas,” he says. “Until you finally work with the vineyard — and working with a vineyard is a multiyear process — you really don’t know.”

“It isn’t magic. It is complex,” Hendry says. “If you are patient, you can begin to unravel this incredibly interesting, rich tapestry of stuff.”

To read how the 150-year-old Buena Vista winery in Carneros is refocusing on terroir, click here.