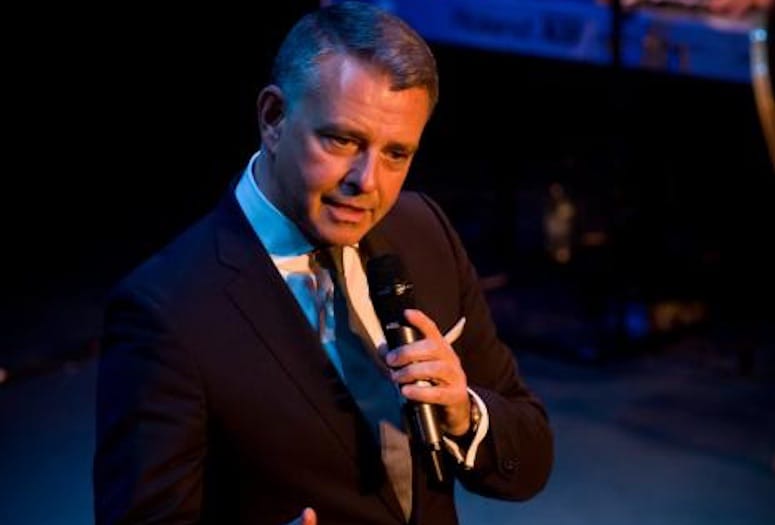 Richard Shelton: "I lean into the truth of what (Frank) Sinatra sang and performed."
PHOTOGRAPHS COURTESY RICHARD SHELTON

It’s fitting that Richard Shelton headlines his enigmatic hit stage show, “Sinatra and Me,” at The Purple Room at the Club Trinidad Hotel in Palm Springs. After all, back in the 1960s, Sinatra, Dean Martin, Sammy Davis, Jr. and other Rat Pack pals romped around in that fiery portal.

But that’s just one of many in a string of synchronicities for Shelton when it comes to Sinatra — the first, and perhaps most obvious, is that Shelton remarkably resembles the famous crooner. And then … there’s Shelton’s voice. Sublime.

“Sinatra and Me” generated raves in the U.K. for how well it explores a number of surreal similarities between Shelton and Sinatra, something the singer candidly discusses on stage. While he’s best known in the U.K. for his role in the popular TV series, Emmerdale, Shelton was nominated for Best Actor for his portrayal of Sinatra in the hit West End drama Rat Pack Confidential.

Why do you think we are still so intrigued with Sinatra?
Because he told the truth. So, I lean into the truth of what Sinatra sang and performed. But undoubtedly, he had one of the greatest voices God ever gave anybody on Earth. I think it’s the truth you hear in his songs. That’s what is so enduring. 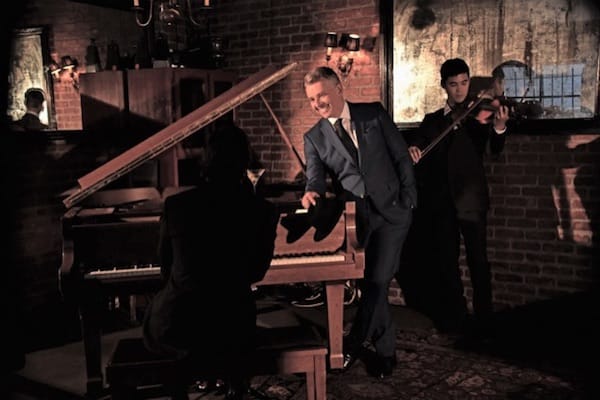 Richard Shelton: ...“It’s a such a thrill and an honor to be able to stand on that stage [The Purple Room] where Sinatra and those men performed."

When did you know that you wanted to morph into Sinatra and embody him on stage?
I was 7 when I first saw a photograph of him in a magazine. This was in a small town in the middle of England. I asked my mother: “Who is this man, Frank Sinatra?” I told her: “Look, this could be me.” And then my father bought a Frank Sinatra cassette — do you remember those? I played that and sang along. It just fit like hand-in-glove. I thought: “There’s nothing I have to try here. The shape of his voice, his phrasing. It was as natural to me as breathing in air. It was an immediate hit. When I started a singing career, independent of acting, many people kept telling me that I looked and sounded like him. When I portrayed him on stage, when I was 40 years old, that’s when it really came together.

How does it feel for you — being Sinatra onstage?
The only way I can answer that is that it comes from the inside. He would use or nod his head in a certain way, use his mouth in a certain way. And I have a philosophy about that. There was a great femininity about his mouth.

Really?
It’s ironic. Because he was an incredibly masculine man. But he was feminine, too. And the most sensuous place on anybody’s body is their mouth. When he opened his mouth, he could manipulate sounds. But for me, to perform Sinatra, I let it take over me as opposed to me imitating him. To be honest: I can’t imitate him. It’s a different skill. It’s an evocation rather a personation. 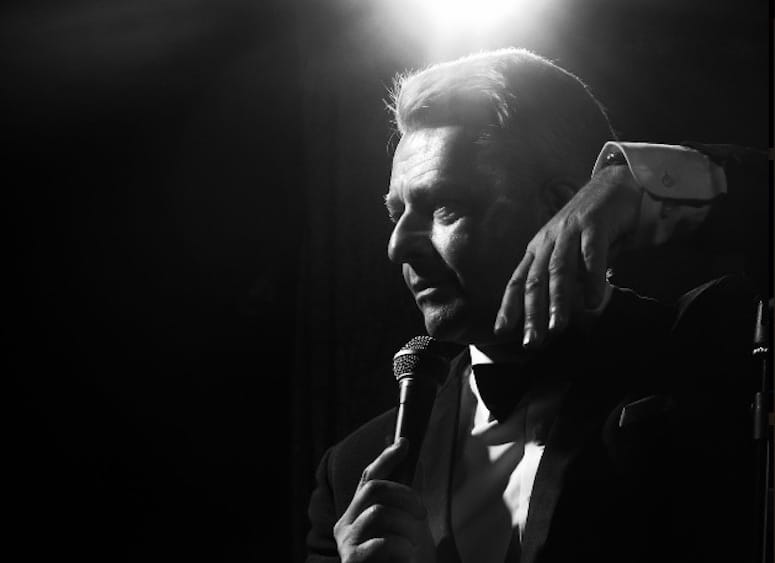 Richard Shelton: "And I don’t want to sound nuts, but there are too many synchronicities and too many strange coincidences [between he and Sinatra]."

It’s like you are tuning into a frequency that is the essence of Frank Sinatra.
Frequency is a good word. I think to have this lifelong, bizarre frequency that resonates between the two of us is unique. And I don’t want to sound nuts, but there are too many synchronicities and too many strange coincidences. His famous tuxedo literally walked into my life. I was recording at Capitol Records and somebody walked in saying they were doing a Frank Sinatra special and they were looking for a home for his tuxedo. It was the strangest thing. Later, I was writing a play about him, and part of it was him performing at The Purple Room after his retirement and I happened to turn the telephone on, and music from the BBC Channel came on — and it was Frank Sinatra. And it goes on and on. There are many stories. And I love it.

You act, too, but is there one medium you prefer over the other? Singing or acting.
Music is my life. I can’t imagine my life without music. It’s always what I wanted to do. I do it for what I can give. It has to be free of ego — that’s how it works. If you hold onto ego, you will fail. That’s why it’s a such a thrill and an honor to be able to stand on that stage [The Purple Room] where Sinatra and those men performed.

What Sinatra song best epitomizes you?
That’s Life. I so relate to being up and down, and over and out. How does it go: “I've been a puppet, a pauper, a pirate, a poet, a pawn and a king. I've been up and down and over and out. And I know one thing. Each time I find myself flat on my face, I pick myself up and get back in the race.”