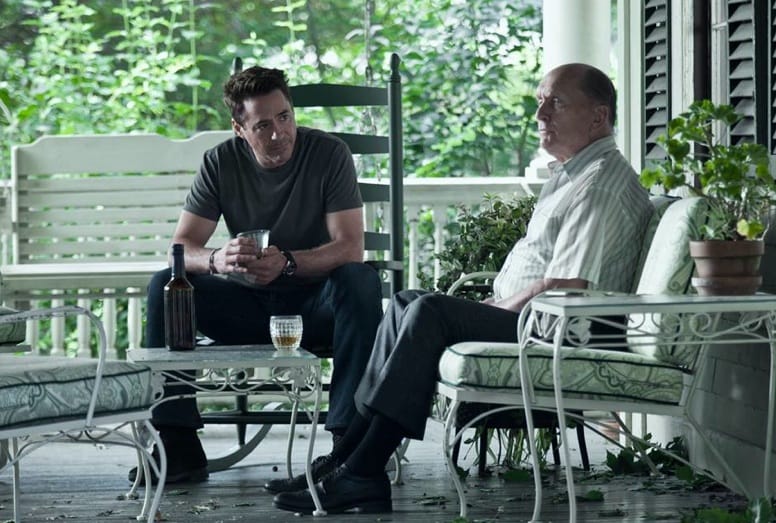 Robert Duvall stars in "The Judge" with Robert Downey Jr.
Photo courtesy of The Judge on Facebook

Academy Award-winning actor Robert Duvall will receive the Icon Award and Academy Award-nominee Alejandro G. Iñárritu will be presented with the Director of the Year Award for Birdman at the 26th annual Palm Springs International Film Festival's annual Awards Gala on Jan. 3 at the Palm Springs Convention Center.

Duvall received the festival’s Career Achievement Award in 2011. Past recipients of the Icon Award include Michael Douglas and Meryl Streep.

Duvall stars in The Judge where he is paired with Robert Downey Jr. in this poignant drama from Warner Bros. Pictures and Village Roadshow Pictures.  Big city lawyer Hank Palmer (Downey) returns to his childhood home where his estranged father, the town’s judge (Duvall), is suspected of murder. Hank sets out to discover the truth and along the way reconnects with the family he walked away from years before. The film is directed by David Dobkin and produced by Susan Downey, Dobkin and David Gambino.

Duvall’s other film credits include To Kill a Mockingbird, True Grit, Joe Kidd, M*A*S*H, The Conversation, Network, The Natural, Colors, Days Of Thunder, Rambling Rose, Wrestling Ernest Hemingway, A Civil Action, Get Low, Crazy Heart and Jack Reacher, among many others.  As a filmmaker, he directed, produced, wrote and starred in The Apostle and Assassination Tango.

Iñárritu received the festival’s Director of the Year Award in 2007 for Babel and the FIPRESCI prize in 2001 for Amores Perros. Past recipients of the award include Steve McQueen (12 Years a Slave), Robert Zemeckis (Flight), Stephen Daldry (Extremely Loud & Incredibly Close), David O. Russell (The Fighter), Jason Reitman (Up in the Air), Sean Penn (Into the Wild) and Alexander Payne (Sideways).

Birdman is a black comedy that tells the story of an actor – famous for portraying an iconic superhero – as he struggles to mount a Broadway play. In the days leading up to opening night, he battles his ego and attempts to recover his family, his career, and himself. The Fox Searchlight Pictures and Regency Enterprises film stars Michael Keaton, Zach Galifianakis, Edward Norton, Andrea Riseborough, Amy Ryan, Emma Stone, Naomi Watts, Lindsay Duncan, Merritt Wever, Jeremy Shamos, Bill Camp and Damian Young.

Iñárritu’s feature films, including Amores Perros, 21 Grams, Babel and Biutiful, have garnered critical acclaim worldwide, receiving a total of 12 Oscar nominations in different categories, including Best Picture and Best Director; a Best Picture Golden Globe; and a BAFTA Award for Best Foreign Film.  Iñárritu’s next film will be The Revenant, which stars Leonardo DiCaprio, Tom Hardy, and Will Poulter