Rocky Lang Book Reveals Letters by Hollywood Stars of the Past 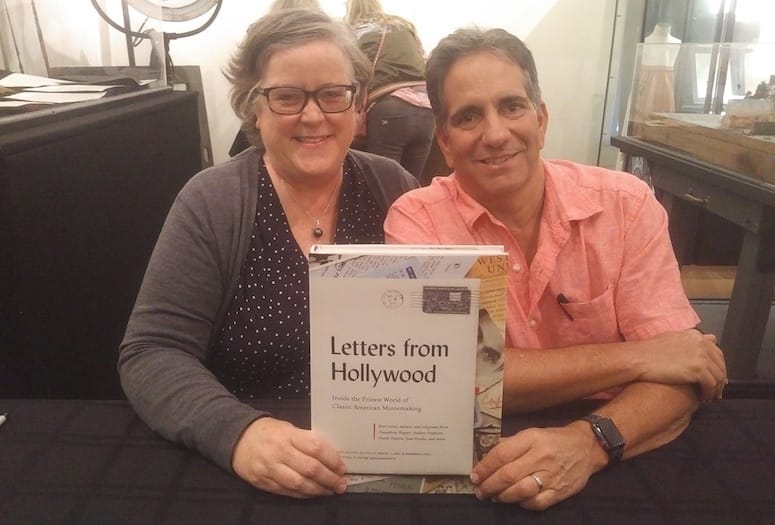 Rocky Lang may have grown up in Hollywood and had a mega-mogul pop — Jennings Lang (Slaughterhouse-Five, Play Misty For Me, Earthquake, Airport 1975) — but he was downright taken aback when he began unearthing a slew of old letters written in the Silent and Golden Ages.

Lang, a prolific author and filmmaker himself, collaborated with archivist Barbara Hall to bring Letters From Hollywood to life. The fascinating new book has heart, humor and plenty of candidness from the likes of Greta Garbo, Alfred Hitchcock, Katherine Hepburn, Marlon Brando, Elia Kazan, Cary Grant, Francis Ford Coppola, Tom Hanks, and so many others.

Lang hits Just Fabulous in Palm Springs for a book signing Dec. 7. He’ll chat up the book and expound upon these rare correspondences between some of the history’s most talented film industry icons.

You have a great connection to Palm Springs.

I do. I pretty much grew up at the Palm Springs Racquet Club over the seasonal months. My parents would take me down there and there was always this Hollywood connection. James Garner’s daughter and I were friends. Jamie Lee Curtis and I were friends. 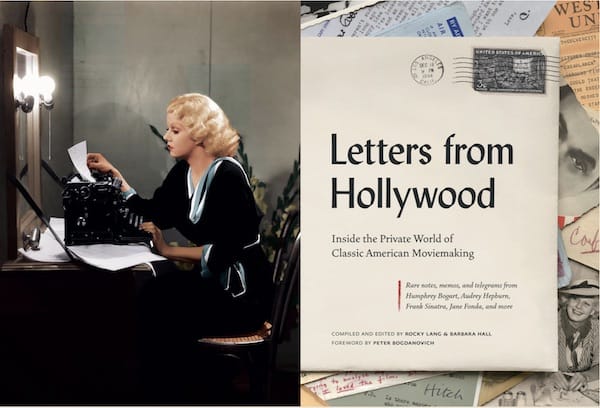 I had huge crushes on them. Dinah Shore was there with Burt Reynolds. [Talent agent] Lew Wasserman was there. He and I actually made a bet together when I was 14 where I played a tennis match against Bobby Riggs. My uncle Marlo [Lewis], who created The Ed Sullivan Show, settled in Palm Springs, too, and was very connected with the Eisenhower Medical Center. It was my home away from home for a long time. I go down every year for the BNP [Paribas Open].

Let’s talk about the evolution of the book.

It all started quite innocently when I came home one day and there was a letter from the Academy of Motion Pictures Arts and Sciences, and a man who was the assistant librarian of the American Film Institute when I was a fellow in 1980. He told me he was now the acquisitions archivist of the Academy’s library and said there was a letter that might interest me. He included a letter that my father wrote in 1939 to H.N. Swanson, a famous agent. My father had $50 in his pocket and was asking for a job. In this letter, I saw my father’s entire personality ahead of him. I saw his life. I saw his soul. His humor. His ballsiness. It was so moving and touching to me. I went to the archives and saw many things and was inspired so much that I called my agent and said, “I want to do a book called Letters From Hollywood.”

What challenges did you face bringing it to life?

I realized as much as I knew about film, I knew nothing about archival material on a deep level. I was introduced to Barbara Hall, who for 30 years was a film historian and an archivist and would know where all the bodies were buried, so to speak. We teamed up and she was amazing. The search for the letters became significantly easier with Barbara. She would say, “Oh Joan Crawford? She’s in the archives at Boston University. She just knew where all these archives were.

How did diving deep into this rich history affect you?

The journey for me was the most emotional component in it. Having grown up in the business, my dad being a legendary producer and agent, representing Joan Crawford and Humphrey Bogart, and other people. The copyright of the letter rested in the writer not the receiver, so I had to find these people, some of them with a private detective. I had to make contact with some of these people about their letters and there was some emotion there. When Danny Selznick saw a telegram that his father, David O. Selznick wrote to Hal B. Wallis about Casablanca, which wasn’t even his movie, he could hear his dad’s voice in that letter. This happened time and time again. This sort of fraternity of children and grandchildren came together in this process, which became really life-changing for me.

What are some things that really stood out for you in your research?

One of the letters that was striking to me was a letter written by writer Robert Sherwood to Sam Goldwyn. The letter is about whether or not to continue making The Best Years of our Lives [in 1946], which was a multiple Academy Award-winner and a hopeful film for those coming out of World War II. The letter is from writer Sherwood to producer Goldwyn, pleading him not to make him write the script. He gave all these reasons why the movie should not be made — the war was over, the boys are back, and we’re moving on. He had a number of issues around it. The result was that Sherwood eventually won an Oscar for having done it. That letter really resonated with me. Other ones stood out. I mean, there’s a cute little letter where United Artists thought they could get somebody better than Sean Connery to play James Bond; Henry Fonda to William Wyler when Jane Fonda was born but written in Jane’s words: “Dear Mr. Wilder, my name is Jane Seymour Fonda and I weigh 8 pounds and I was born seven minutes ago and I intend on being an actress.” It’s an interesting telegram in a way, because we’ve known Fonda to have been a “cold” father and yet this shows great warmth and affection.

Why is this part or era of Hollywood so intriguing to us, still?

We’re still fascinated by this era, but I am a little worried. I met a young man about 26 years old, a friend of one of my kids, and we were talking about John Wayne. And he turned to us and said, “Oh, isn’t that the guy who had his d*** cut off?” He was thinking of John Wayne Bobbitt. Some of it, I think, is that this younger generation has not been trained with patience with storytelling. Everything now is branded content. The original idea — the writer who comes up with an idea that was never presented before — is pretty much gone in the world today. The idea that somebody could write All About Eve, a character-driven story, that was the Hollywood of old. It even went into the ’70s. What we’re seeing more today is “event” movies. I think the patience of watching characters and watching plot development is taxing to people now. Now, everything is immediate and there’s no room for breath. It’s no longer about the work. It’s about the package.