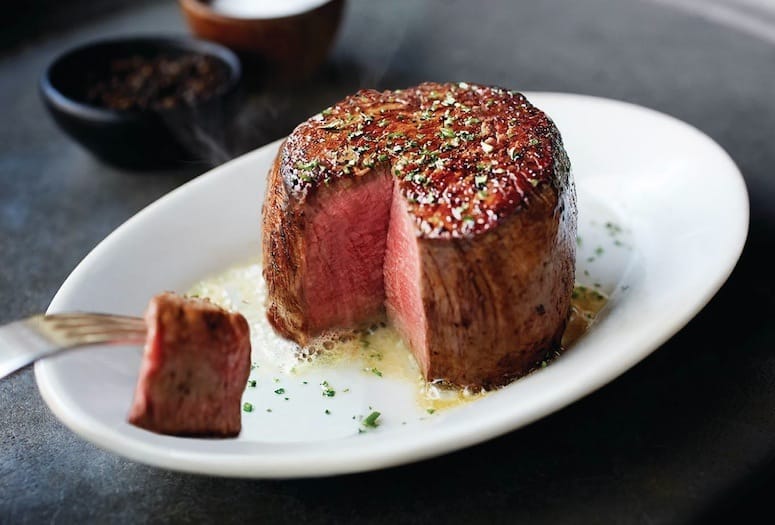 There is something to be said for consistency in excellence.

Fifty years in business certainly attests to its value at Ruth’s Chris, which will recognize its golden anniversary with a special dining event on June 11 at the Palm Desert location. Ruth's Chris restaurants across the country will be simultaneously holding these special dinners on the same day.

“We have 142 restaurants worldwide, not just in the United States but worldwide, and the consistency from one restaurant to another is something that our guests can go around the country, around the world, and know they can come to Ruth’s Chris and expect the same thing,” says Palm Desert General Manager Dale Brandsberg.

Ruth Fertel laid that foundation in the 1960s when she opened the first Ruth’s Chris in New Orleans. Her legacy continues to guide so many traditions that customers have come to expect when they dine at a Ruth’s Chris. Ruth Fertel opened one of the first Ruth's Chris in New Orleans.

“Our entrees come out on 500-degree plates, so when we add butter to the plate you can hear that sizzle throughout the whole restaurant,” says Brandsberg. “I think that was a trademark that Ruth had. She started out as a chemist, that's what she went to school for, and then she went into the restaurant business. She helped create an oven that cooks at 1,800 degrees, which is one of the patents that she had for the oven that we use today.”

The anniversary dinner will feature many of Fertel’s favorite foods, according to Anita Owens-Decuir, sales manager at the Palm Desert restaurant.

The soup will be a French Onion, while the main course is naturally steak, a New York Strip, with au gratin potatoes and creamed spinach. A Crème Brule dessert caps the meal, and each course is paired with a wine. There will also be a special anniversary cake that evening for all Ruth’s Chris guests to enjoy.

“We're going to celebrate Ruth and her amazing career, the restaurant that she has successfully put together, and that we're lucky enough to be a part of,” says Owens-Decuir. “It's a pleasure to work to carry on her heritage.”

Ruth’s Chris also offers a special wine or cocktail dinner nearly every month. The next one is a Stone Beer Dinner on June 25 featuring six courses with Stone Brewing Co. products paired with each.