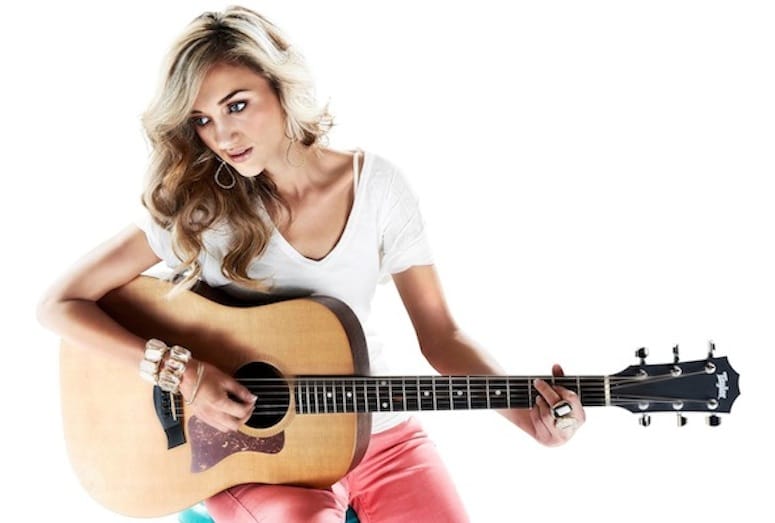 On her first trip to Paris, France, Sarah Darling fell in love with the city, it’s fashion, French culture, and French foods. She also began a love affair with the art of making French macarons.

“They are the most difficult food item I’ve ever made,” she says. “I took classes in Paris and studied ‘French macarooning.’ I brought (the skill) back to Nashville.  I make French handmade macarons.”

Her company, Sweet Darling Patisserie, has been a hit…much like her music.

Darling is a singer, songwriter, and true darling of the country music scene. Known for such songs as “Home to Me” and “Little Umbrellas,” she has also performed a duet of “Whiskey Lullaby” with none other than country superstar, Brad Paisley.

Darling brings her act to the desert Sept. 25 at Copa Palm Springs.

Her creative energy doesn’t stop with her music and “French macarooning” businesses. She’s also recently partnered with Durango to design a line of western style boots, and she’s about to record a new album.

In fact, Darling’s appetite for cultivating and exploring the things she loves holds no bounds. “It’s great for artists to do other things and have other passions that make them who they are,” she says. “I write about things I love and growing all the things that you love.”

Darling took time out from her busy schedule to speak with PalmSpringsLife.com. Satah Darling: “It’s great for artists to do other things and have other passions that make them who they are.”

“I grew up in Iowa and my grandpa was into Johnny Cash and Patsy Cline…both amazing vocalists and storytellers. I also grew up listening to Tom Petty, Alison Krauss, and the Eagles. I’m a huge Coldplay and U2 fan.  Good music is good music.”

“I would consider myself just an amazing artist that has reach in country music and Americana… but I like all music.”

“I’ve actually never been to Palm Springs before. I have a fasciation with the midcentury look and vibe. It seems very cool California. I’ve heard nifty things about Copa.”

On her playing large and small gigs:

“I’ve played (over 60) times at the Grand Ole Opry. Yet, I really love intimate settings. My favorite places to play are places I can tell stories behind the songs. I am a songwriter and write most of the material I play. The Copa will be a cool size for me. I feel like I shine the most in this type of setting…with an acoustic guitar and a beautiful vibe.”