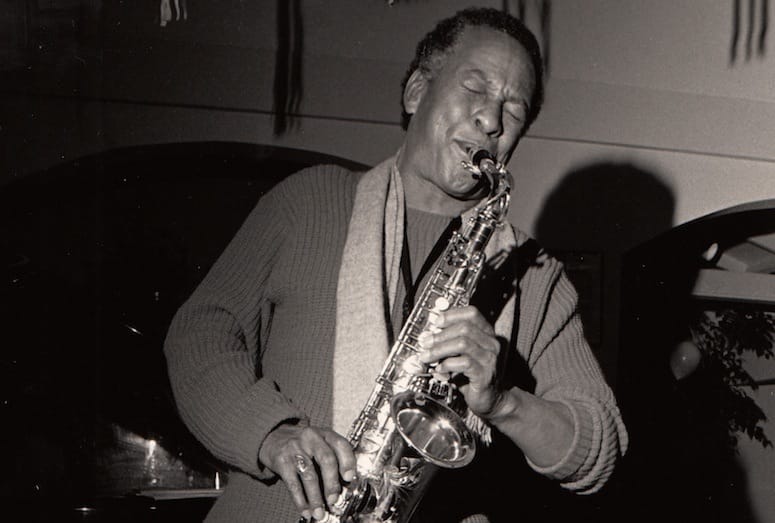 As a screenwriting instructor at the University of Southern California School of Cinematic Arts, Palm Springs resident James Egan will often tell his students to pen a lead character with flaws.

That advice came back to help the teacher as a producer for the documentary, Sound of Redemption: The Frank Morgan Story, which makes its world premiere June 14 at the Los Angeles Film Festival.

“Our hero has enough flaws for several characters,” Egan says. “I had to follow my own advice and see how important those flaws were to how interesting the story is. If he had been normal and successful, it wouldn’t have been a documentary; it would have been a tribute.” The film profiles Morgan, a gifted saxophone player who became a protégée of Charlie Parker in the early 1950’s and whose talents attracted an offer from Duke Ellington to tour when he was just a teen. But all that talent couldn’t stop Morgan from falling prey to the lure of heroin, which led to jail stints over a 30-year period.

Most of his jail time was spent at San Quentin, which comes back to anchor the film to reveal how Morgan formed a big band in the prison called The San Quentin All Stars featuring other jazz greats who were serving time. Director NC Heikin brings the viewer back to San Quentin to witness a tribute concert to Morgan.

Egan hopes to bring the film to the Palm Springs International Film Festival in January. It wouldn’t be the first time. Egan produced Angels in the Dust, which showed at PSIFF in 2008, and Wild About Harry, which won “Best of the Fest” in 2009.

His collaboration with Heikin on the Morgan piece came from their partnership in 2009 on Kimjongilia, a documentary that unearthed children captive at North Korea prisoner camps. The film won the 2010 One World Best Human Rights Documentary Film Award from the Human Rights & Democracy Network.

What made you commit to making this documentary about Frank Morgan?
“Author Michael Connelly (The Lincoln Lawyer, Blood Work) gave us money for the North Korea documentary, and he asked to meet NC and myself in LA. He pitched to us this story about Frank Morgan. I was like, ‘I don’t know’. It’s a tough story. Frank got into a lot of trouble. He stole people’s saxophones and hocked them. Michael says this is a story about redemption. So we started this journey and he helped finance the beginning of it.”

How much did you know about the West Coast jazz scene?
“I realized I had a lot to learn. I felt I had discovered things about the West Coast that I had no idea existed at all. We interviewed Clora Bryant, the first female jazz musician (trumpet player). Dizzy Gillespie hired her. She was asked to take care of Frank when he came to LA. Here we are in her tiny apartment, it was breathtaking, so much jazz history all over the walls, and behind her stove you see a photo of Duke Ellington with her. I had no idea who she was until this film started.”

Frank Morgan died in 2007. Was it difficult to make the film without him?
“The fortunate thing is that his wife/girlfriend Rosalinda Kolb had done all of these recordings of him, interviewed him so we had all of this great oral history. Then Steve Isoardi, a great jazz critic, also interviewed Frank and that was part of the UCLA Library, and I didn’t know that existed. And NBC did a special on him going back to Sing Sing prison, so as a result of that, we found this interview with his mother.”

What was the advantage of working with NC Heikin again?
NC is a visionary. She takes risks as a filmmaker. She’s not a trained filmmaker. Her background is in the musical theatre. Because there is so much music involved in this, she brings almost a theatrical quality to documentary filmmaking. We got some of the great legends of jazz that knew Frank.”