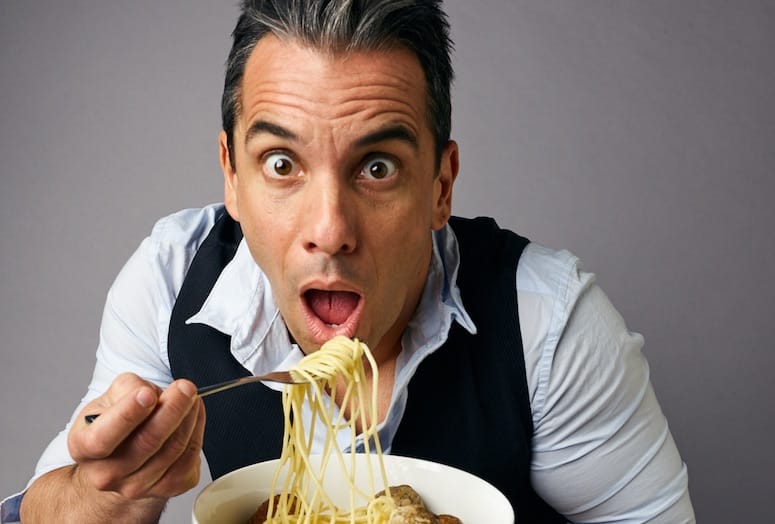 One of the biggest names in entertainment today, Sebastian Maniscalco will bring his comedic talents to the desert Aug. 16. Tickets for his Stay Hungry Tour go on sale Feb. 22.

Vulture recently said of the multi-hyphenate entertainer’s journey to success, “Maniscalco, without a breakout TV or film role, built a tremendous fan base the old-fashioned way: one joke at a time, one audience at the time.”

Although he may not have started his career in film, Maniscalco’s loyal fans will continue to see more acting roles from him in 2019 with a performance opposite Robert DeNiro, Al Pacino and Joe Pesci in Martin Scorcese’s The Irishman.

Over the weekend Maniscalco attended the Writer’s Guild Awards as a presenter and in support of his role in the Golden Globe-winning film Green Book, which was nominated for Best Original Screenplay. Sunday, he will attend the 91st Annual Academy Awards where the film is nominated for multiple Oscars including Best Picture.

Dubbed “comedy’s new superstar” in a recent profile by NBC Nightly News with Lester Holt, Maniscalco made Forbes’ list of “The World’s Highest Paid Comedians” for the second consecutive year and was a nominee for Best Comedy Tour at the 30th annual Pollstar Awards last week.

Distinguished by The New York Times as having his “own kind of panache,” Maniscalco’s live performances have become critically-acclaimed events “embraced with thundering applause and tear-inducing laughter,” according to a recent Billboard review which described his sold-out Greek Theatre performance as “devastatingly full-force comedy.”   With a string of record-breaking sold-out comedy appearances, a best-selling memoir Stay Hungry and a role in the award-winning Green Book, 2018 was a milestone year that culminated in Maniscalco receiving Billboard’s inaugural Comedian of the Year award.