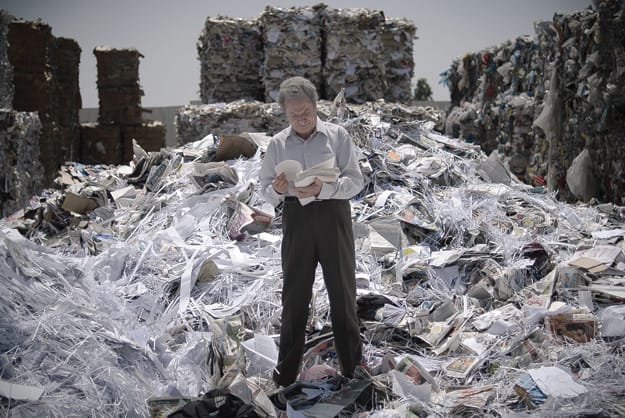 Film fanatics chatter enthusiastically in the winter sunshine. Their excited murmur floats through the desert air. The velvet rope drops and volunteers guide the crowd through a theater lobby rich with the smell of buttered popcorn.

After a few announcements, including some from the director, followed by the introduction of one or more stars in attendance, the lights dim and the magic of the Palm Springs International Film Festival begins.

Celebrating its 23rd year, this prestigious event screens films from all over the world. The festival has always had a special emphasis on foreign language films, most of which go on for consideration in the Academy Awards’ Best Foreign Language Film category. But over the last few years, a determined focus on documentaries has developed.

“It’s just a really exciting arena of film right now,” says Darryl Macdonald, festival director. “We’ve made some changes in our programming thrust to reflect this. As recently as five or six years ago, we were screening at most 20 documentary films. That’s burgeoned to around 30. That’s a direct reflection of the improved quality of documentary filmmaking.”

Beyond screenings, the biggest event is the annual awards gala (Jan. 7) at the Palm Springs Convention Center. This high-profile gathering is a magnet for national and international media attention, reinforcing Palm Springs’ reputation as a town that attracts major stars.

“We have an incredibly strong track record in that regard,” Macdonald says. “Over the past four years, every one of our honorees for the Desert Palm Achievement Award for acting has gone on to win the Oscar for Best Actor, and three of our last four actress honorees went on to win the Oscar. Hollywood is definitely paying attention to that, and that notice is reflected in the number and caliber of stars at our awards gala.”

Another nonfilm highlight at this year’s festival is an exhibition of Marilyn Monroe photographs. “The art exhibit is something I’ve wanted to do for quite a while,” Macdonald explains. “We’re always looking for ways to expand the festival experience, and this one finally came together.”

The show is based on the new book Marilyn: Intimate Exposures, which is filled with photos by Bruno Bernard, the photographer credited with discovering Marilyn in 1946 and introducing her to her first agent, thereby jump-starting her meteoric career. The images will be displayed in stores and restaurants throughout Palm Springs’ Uptown Design District for the duration of the festival.

Every year, festival programmers stage the most comprehensive film festival possible. “We’re interested in providing something for everyone instead of everything for someone,” Macdonald says. “It’s about bringing together a really broad range of genres, filmmaking styles, film-going events, and creating a celebration of cinema on every level and in every way.”

The Recommendations
Festival Director and lead programmer Darryl Macdonald recommends a trio of film offerings this year, calling them “catnip for any true movie lover.”

The Story of Film, directed by Mark Cousins (UK), is a 15-hour documentary odyssey (and yes, the film is that long). A riveting journey through the history of film, this work incorporates iconic clips from landmark movies and interviews with some of the world’s foremost filmmakers.

Macdonald’s other recommendations (both of which are standard movie length) are Footnote and A Simple Life.

Footnote, directed by Joseph Cedar (Israel), traces the lives of a father and son engaged in a fierce rivalry over their different approaches to Talmudic studies. A wry script and effortlessly engaging performances make this an entertaining movie and an engrossing exploration of family dysfunction.

Gala Film Parties
These are film screenings with special guests. You can purchase tickets for the screening and reception or only the screening.