Temperatures of up to 116 degrees didn’t stop John Halbach and Kit Williamson from filming an episode of their popular EastSiders Netflix series in Palm Springs in August. Billed as, “The American road trip just got a lot gayer,” Season 3 of the series features a couple towing a 1960s trailer from New York to Los Angeles, with a car breakdown near the infamous windmills in Palm Springs.

“Our drag queen actor’s high heels fell apart because of the heat,” writer/director Williamson said of their August shoot. “The glue melted. We didn’t have any problem getting him to realistically play the scene. He didn’t speak to me for a month afterward. But everything’s good now.”

“We’ve always had to make the show on a relatively miniscule budget,” Halbach added. “Everybody has to have a can-do attitude. We’re pretty scrappy.”

The former Broadway actors both perform in the dark comedy series about love, life, and making rent in East Los Angeles. After its 2013 debut on YouTube, the show went viral, earning the couple two 2016 Emmy nominations, plus distribution on Netflix, Amazon, Logo, Hulu and other outlets. It has been translated into 12 languages.

Some of the Palm Springs episode last month was filmed at The Burton House, a midcentury modern boomerang-shaped home in Sunrise Park. Halbach and Williamson said they are “obsessed with Palm Springs.” They married in Joshua Tree last year and had their reception in the city.

They are unfazed by the challenges that come with their job. “I love the work,” Williamson said. “I think it’s important to tell LGBT stories and to do stories that major networks wouldn’t produce.” 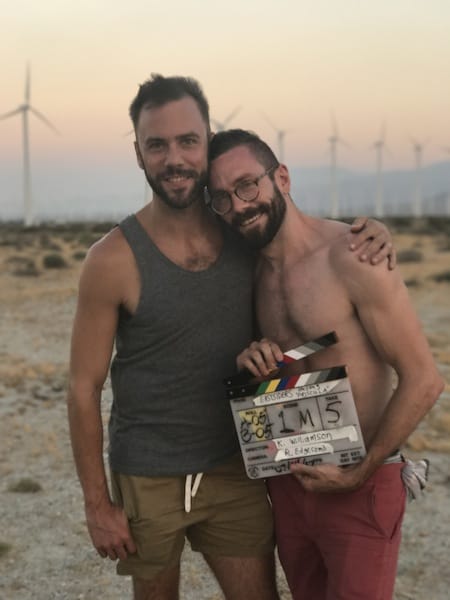 Cinema Diverse, marking its 10th year, highlights historical contributions of groundbreaking LGBT moviemakers, as well as problems the community has faced around the world. This year’s festival topics run the gamut from a forbidden gay love story in the Mexican jungle, to a historical Havana sanatorium for HIV patients, to U.S. lesbian and gay government employees forced out of jobs during the Cold War, plus an Icelandic thriller, and transgender Muslims in South Africa. There are also touches of nostalgia, romance, and comedy sprinkled among the offerings.

Opening Night will feature a screening of The Untold Tales of Armistead Maupin by Jennifer Kroot. Prolific novelist Maupin (“Tales of the City”) will be there for a Q&A afterward. “Tales of the City” became a highly-acclaimed PBS-TV miniseries, later on Showtime, and was developed into a movie and musical. Maupin’s movies include the psychological thriller, Night Listener and his narration for the documentary, The Celluloid Closet, about Hollywood’s depiction of gays in the 20th Century.

Cinema Diverse is a program of the Palm Springs Cultural Center. For information about tickets and the schedule, visit cinemadiverse.org 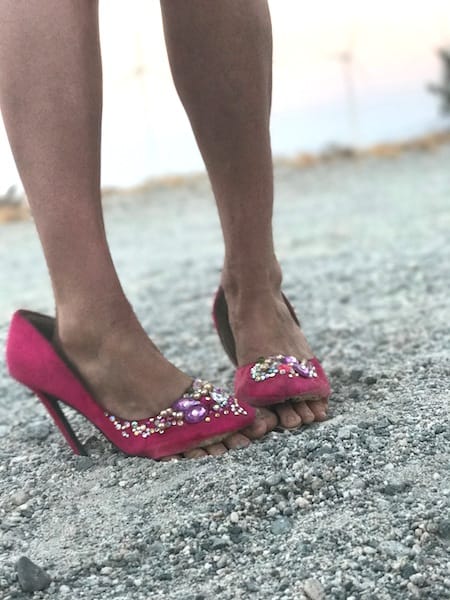 PHOTO BY KIT WILLIAMSON
Willam Belli’s shoes after a day shooting in and around Palm Springs.