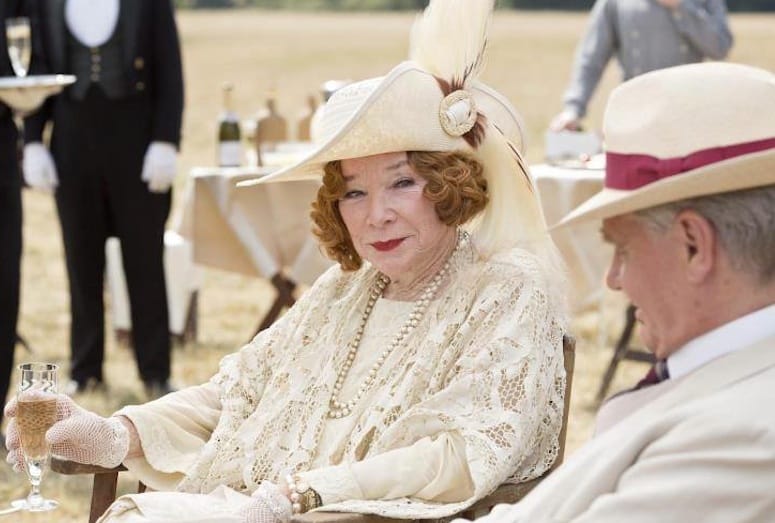 Shirley MacLaine was struck by the way Frank Sinatra would build his homes in the Palm Springs area.

“There are others that were less famous and less wealthy who would build much grander places,” MacLaine says. “I was always fascinated with how Frank was more toned down, actually liked it to be homey.”

Sinatra may have been less extravagant in the houses he built, MacLaine believes, out of a sense of blending in and being able to retreat from his very public life.

But when they toured together, Sinatra naturally gravitated toward the spotlight.

“I opened for him in these big arenas, and he loved to show up in a town as though he was the Pope with the lights blaring and the ring-a-dings going on and all of that, and you wonder, Jesus, who did just drive up and walk in that restaurant, and it was Frank,” she says. “Maybe, he had a great and very sophisticated sense of publicity, and he knew when to knock out some journalist at an airport and when not to.”

MacLaine will share similar anecdotes when she appears Jan. 19 at the McCallum Theatre in Palm Desert. The show features a film of MacLaine’s career, which she interrupts to explain what the picture doesn’t show.

“I tell them stories that, frankly, nobody knew about, and now, there's nobody around to sue me, so I can tell the truth,” she says. “When I look back on my life myself, it's really, really been, how shall I say, colorful.”

MacLaine, who just came out with a new book tackling the question, “What If…”, recently spoke with Palm Springs Life about her “colorful” life.

The fourth season of “Downton Abbey” is underway, and you’re slated to appear again. How is being a part of that show been for you? I mean, was this something that just kind of fell in your lap, or had you been following the show before you got involved in it?
“No, I had never heard of it, and I was at my hairdresser's, and the women were all talking about it, and I thought, "What is this?" and that day, I got a script sent to me from my agent and it said they want you to be in “Downton Abbey.” The ladies at the hairdresser told me, and then I read it, and then ran a bunch of the shows and thought, ‘Wait a minute. This is brilliant,’ and so, I did it, and my God, I love it. I love working with Maggie Smith (Violet Crawley) and Michelle Dockery (Lady Mary Crawley). You know, she's a dancer and a singer, so I keep showing her (Bob) Fosse moves, and she's there in her period wardrobe being all stuffy English, and then, she breaks down into this Fosse where she just shimmers and shakes and all that sex stuff he loved to do. I loved watching her do Fosse in the period Downton Abbey wardrobe.”

What did you like about this character that made you want to play it?
“Well, I thought I would hate it … I hate being made up and hair and stuff, but then, I realized it's a history lesson every morning. I saw where the class system came from, although I don't which came first, the wardrobe or the class system, because you cannot get dressed in the morning in that wardrobe without at least one servant. Here we are depicting history. That's very important. No way could I put those little buttons together in the back, the corsets and the little tiny zippers. No way. I learned to like wardrobe. Of course, I made it so they could just slap the wig on my head and I wouldn't have to sit in the chair very long, and also with the makeup, so we got it down to 20 minutes, but the transformation is so incredible that I thought, ‘Hmm, I should've paid more attention to this my whole life.’ I never did.”

Why do you think the series is so popular? I mean, you actually kind of touched on one aspect of it. It's obviously historically based, but what do you think else makes it so popular to people?
“I have a theory about this, and I don't know if I'm right or wrong, and I've told this to (creator) Julian (Fellow). He did ‘Gosford Park’, if you remember, and this is just like a television episodic of Gosford Park. I think what he's done is he's clued in on the Internet generation mentality. In other words, lots of characters and you don't have to spend too much time with any of them, but have what they do really mean something, and come back to it. Like the old Saturday serials, remember how they used to be and you couldn't wait to get back to theater the next week to see if such and such died or left the person? I think he's melded his craft into the expectations of what the Internet generation wants and expects and will tolerate.

Will you be back for Season 5?
“I don't know if they'll ask me to go back or not. I would if they did, but where are these people going in their lives?”

You were recently recognized at the Kennedy Centers Honors program. This is one of those award programs where you get to sit back and take it all in. What will stay with you from that experience?
“I loved meeting with and spending some time with President Obama and Michelle. I was very impressed by how outgoing he really did seem to be, especially given the 'honors horribles' that he's been through in the last year. I liked seeing all my old friends from my political days before the show went on. That was really good, to see John Kerry and a bunch of the guys I've known for a long time. I grew up in Arlington, Va. Right across the river, so I was in Washington, D.C. at my dance studio every day of my life, and that's where I developed my work ethic and my sense of discipline, and then, I played the Kennedy Center a couple of times with my song and dance show when I could still do all that stuff, so it felt like I was coming home and being honored with a lifetime achievement. I went to my old house where I lived and saw the people. I've done that before, just wanted to check on the house, and I went to my old dancing school and met with all the young kids there and gave them some advice. It was like going home but also contributing back to what I've learned since I left.”