'Something More Beautiful' in Store for Beth Orton Fans 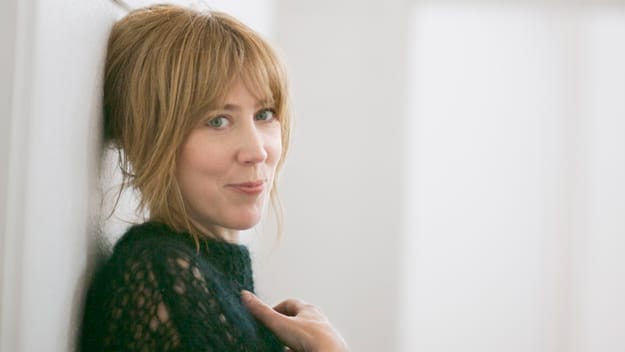 The British Invasion is an ongoing presence in American music.

From the Beatles in the 1960s, to the Brit pop stars of the 1990s, fans just can’t get enough. With each new swarm of U.K. stars to triumph on U.S. soil (most recently, Ellie Goulding; Ed Sheeran; Mumford & Sons; Laura Marling), there are some names that remain a constant source of excitement to those who hear them.

One of those names is Beth Orton.

As tastes shifted from rave culture to a time when the singer-songwriter was once again king – or in this case, queen – Orton, found herself reaping the rewards. Her contributions included the hit, “She Cries Your Name” and a cover of  “I Wish I Never Saw the Sunshine,” as well as electronic music collaborations with William Orbit, and The Chemical Brothers.

Orton’s bluesy folk vocals catapulted her into the spotlight alongside contemporaries including David Gray, Dido, and Coldplay. In 2000, she won the BRIT award (Britain’s version of the Grammy) and released several records thereafter.

Soon, life caught up to Orton: She had two children, got married to American musician Sam Amidon, and took a six-year hiatus from recording. Her return was marked in late 2012 with the release of Sugaring Season.

“I think I’ve been wanting to make this record forever,” Orton said of her latest effort. “It’s just taken me a long time to get to the point to make the record that I made. It’s been great to get it out of my system.”

Much of Sugaring Season was recorded in the ultra-hip grounds of Portland, Ore. Orton has spent a lot of time nurturing her creativity stateside. She’s also not averse to the rigors of touring, admitting that her children often accompany her on the road. Since Sugaring Season’s release, the singer has played dates in San Francisco, Auckland, New Zealand, and Denver, Colo.

Orton looks forward to arriving in the Greater Palm Springs area for her June 14 show in Pioneertown.

“I love the desert,” she said. “I think I’m really excited to play Pappy & Harriet’s. Every time I mention it, people just sort of explode with enthusiasm. So I’m very excited for the gig. I feel like I want to go for a midnight walk in the desert – to sort of meander.”

Pappy & Harriet’s regulars, as well as fans of Orton’s latest, might be surprised to learn that one song, in particular, has walked away with her heart. “Actually ‘Something More Beautiful’ is one of the ones that I really enjoy playing. I play it on guitar – getting back to the way I wrote it,” she confessed.

Orton stamps the ballad (co-written by M. Ward) with her signature blend of poetic lyrics and delicate musical composition. Still, the most amazing feat that a performer of Orton’s stature can manage is the ability to come across as normal and nice as one of those adoring fans eagerly clutching tickets to her show in their hands.

Orton giggles like a nervous schoolgirl; she speaks frankly, but second-guesses herself, and chats with you – not at you. She’s everything one might imagine her to be … cool and dreamy — just like her music.

Listen to Beth talk about performing at Pappy & Harriet's.