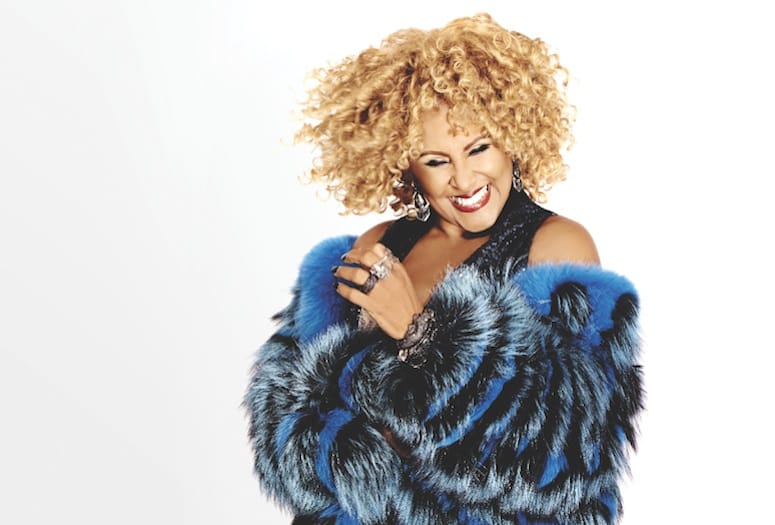 Darlene Love will perform at the AIDS Assistance Program’s Evening Under the Stars on May 9 at the O’Donnell Golf Club in Palm Springs.
Photo courtesy of O'Bayley Communications

Mere days after Darlene Love accepted an Oscar in 2014 for the documentary 20 Feet From Stardom — stealing the show with her spontaneous, joyful rendition of  “His Eye Is on the Sparrow” — the singer kicked off a two-month run to close the Fabulous Palm Springs Follies. Now, one year and a Grammy later, Love returns to the Coachella Valley on May 9 to perform at Evening Under the Stars, AIDS Assistance Program’s annual benefit.

After decades of singing backup for such legends as Elvis Presley, Dionne Warwick, Marvin Gaye, The Righteous Brothers, and Tom Jones, Rock and Roll Hall of Famer Love — now 73 — is busier than ever, kickboxing daily, touring, and wrapping a new solo album with E Street Band veteran (and Sopranos star) Steven Van Zandt. A biopic starring Toni Braxton is also in the works.

Your acceptance speech at the Academy Awards last year brought the audience to its feet. What was that like?
Truly amazing, because I didn’t know I was going to do that until the night before, and then I wasn’t sure it was going to come off. They wanted me to go up and represent the ladies that were in the film. … Whenever I’m in trouble and need something right away, I bow my head and say, “OK, Lord, give me a song,” and just as quickly as I asked him, he gave me “His Eye Is on the Sparrow” and “because I’m happy.” I started the song right there at that verse. For the audience to reciprocate with a standing ovation was mind-blowing to me.

How did it feel up there in front of millions of people at home?
The most important thing was not to think about how many people were watching. I didn’t know it was going to carry on to the next morning and go viral. It ended up being a great night; half of us didn’t even get home till 4 or 5 o’clock in the morning. It’s a moment in time that can never be recaptured. Music producer Phil Spector (left) with Darlene Love and Sonny Bono during a recording session for Spector’s compilation album titled A Christmas Gift for You in 1963 at Gold Star Studios in Los Angeles.

What was the culture like when you first started performing?
When I first started out working in this business just as a background singer, it was a lot of fun. I really did enjoy it with my group The Blossoms, because we were the first black background singers. We got to meet a lot of the stars just as regular people. They didn’t come into the studio being Mr. So-and-So or Ms. So-and-So; they came in to record, and they treated us royally. They were just as excited to have me on their record as I was doing them. I went out on the road with Tom Jones and Elvis Presley, so I got to know these people very well. They’re not stars after they come offstage. They’re just regular people.

What are some of your favorite memories from the road?
We worked with The Righteous Brothers, who were the “blue-eyed soul” brothers. It was fun to work with them because it was always like we thought we were working with two black men, but they were really white [laughter]. They were great singers. There were always practical jokes and things going on with them. I learned a lot from everybody that I ever worked with. Tom Jones had his own private plane that he leased from United Airlines, which was something that we’d never heard of before. Plus he had his own band with him. We traveled with a huge orchestra and the singers. He had a comedian that opened his show; it was like a party every night. We were traveling first class and actually getting to see the world on Tom Jones’ dime.

Which songs will you perform during the AIDS Assistance Program event?
I’ll probably do some of the songs that I’m known for: “He’s a Rebel,” “Da Doo Ron Ron,” and “He’s Sure the Boy I Love.” But I also do gospel, medleys, and sing some of my favorite songs by my favorite singer, Marvin Gaye. I have a gospel number that I do, “Marvelous,” that’s very meaningful. It really touches the heart. That’s what I’m really about: touching people’s spirit, lifting them up no matter what their cares are and what their woes are for the day. I’m so happy and excited to come back. I’m really looking forward to doing the show there.