Riverside County and the Coachella Valley cultivate a beautiful relationship 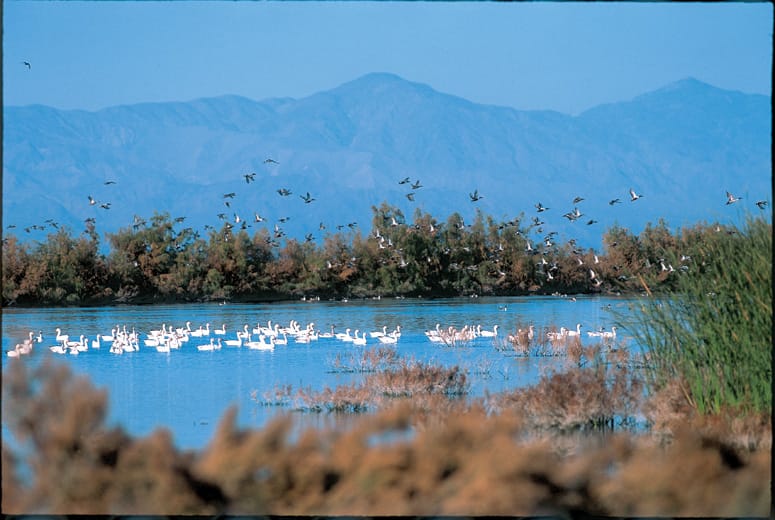 Riverside is California’s fourth-largest county, and the Coachella Valley is vital to its steady economic recovery.

“The regional economy of the Coachella Valley is extraordinarily important to the county as a whole,” says Robert Field, the Economic Development Agency’s assistant county executive officer. “It puts us on the map globally as a tourism destination and as an agricultural exporting region.” The county’s support of the area translates into workforce development, marketing of the Riverside County Fair & National Date Festival, robust foreign trade initiatives, and investments in public works and infrastructure.

In Indio alone, the county is investing $350 million to demolish the County Administration Building and replace it with an expanded, modernized detention center and LEED-certified county administration-law building next to the Larson Justice Center courthouse. “This means more and higher-paying jobs for downtown, as well as increased foot traffic, which are all attractive to developers,” says Indio City Manager Dan Martinez.

The county also invested millions into public facilities this year, including renovation of the Palm Desert Library, a new Coachella Valley Volunteers in Medicine clinic, an expanded and modernized Mecca Fire Station, and a new fire station in Thermal.

At the county-owned Jacqueline Cochran Regional Airport in Thermal, the county’s aviation division invested in a new runway and airport fire station, improved a taxiway, and established a new Economic Development Agency office.

“Riverside County has made great strides to cement its reputation as a business-friendly destination,” Field says, adding that the county helps businesses connect with qualified workers and participate in expanding foreign trade opportunities.

The annual Jacqueline Cochran Air Show is one of the Economic Development Agency’s biggest events, bringing tens of thousands out to watch stunts and browse vendors.

Foreign trade is increasingly important to the county, bringing in $11.7 billion in exports last year. In 2009, the county was the nation’s 47th-largest exporter. By 2012, it was No. 24. In Riverside County, business owners represent 39 nations and employ thousands of workers.

Additionally, Freeman says, “The U.S. Trade and Development Agency has signed a partnership agreement with the county to increase exports to emerging nations. The coming year will see trade missions to the Philippines, aimed at helping local business owners open new markets for products made and produced here.”

The Board of Supervisors’ College of Foreign Trade is a free, seven-week program that introduces business owners to international trade basics and the logistics of exporting. Last spring, the program expanded to Palm Springs, which hosted four nuts-and-bolts seminars.

The Coachella Valley is the agriculture powerhouse of Riverside County, and Freeman notes that ag exports this past year helped the county create a significant trade surplus, with China and Japan purchasing almost half of all the exported products.

The sea remains a vital migration stop on the Pacific Flyway. Two thirds of the continent’s bird species gather here in populations so massive that only the Florida Everglades has more, says Phil Rosentrater of the Salton Sea Authority.

The sea relies on agricultural runoff water from the New and Alamo rivers. But without a waterway to move this water along, salt and other minerals have amassed for more than 100 years, leaving the sea more than 30 percent saltier than the ocean. As water diverts to thirsty urban areas, the shoreline has eroded, only a few fish species remain, and tourism has dried up.

“Restoration of the Salton Sea is the single most pivotal challenge facing the future of the Coachella Valley,” Rosentrater says. “Leaders in Riverside County and the Coachella Valley are gearing up for a battle to revitalize California’s largest inland sea in a manner that could, if successful, serve as California’s biggest economic boom and environmental success story.”

The sea, he says, is on the verge of either environmental disaster or recreational renaissance. He’s betting on the latter, with about $5 million in state bond money available for habitat projects and feasibility studies.

WORKFORCE DEVELOPMENT
Riverside County’s Workforce Development Center in Indio helped reduce unemployment and strengthen the economy over the past year:

DID YOU KNOW?
The Riverside County Fair & National Date Festival celebrates its 68th year in 2014. An economic, social, and cultural treasure, this family event continues to set attendance records, with four of the last seven years seeing a record number of people come through the gates during the 10 days of the festival. The 2013 fair drew more than 282,334 people, and took in more than $3 million.