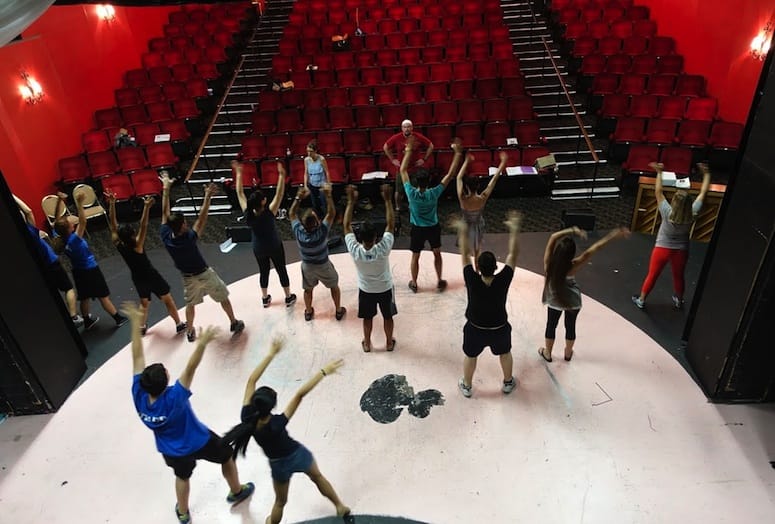 Not only is he braving the heat during Palm Springs’ summer months, he’s directing the Palm Canyon Theatre’s upcoming production, Hot Mikado, which opens July 10 for a seven-day run.

“I love the area. I really, really, do,” says Quillin. “It’s a beautiful, gorgeous area, and the people are so hospitable. It’s a lot hotter than I’m used to but it’s not the kind of humid heat from the South.”

Quillin has been working with Palm Canyon Theatre for the past few years, sending theatre student graduates out west for internships. The Missouri resident is a classically trained professional actor and assistant professor of theatre and cinema at Missouri Western State University.

With Hot Mikado, he’s poised to sizzle with his Coachella Valley directorial debut of this modern interpretation of an age-old comedic opera. According to Quillin, the tale of the “Mikado” has been around for 100 plus years, or so, with the original story written by W.S. Gilbert and Arthur Sullivan. The script and lyrics were written with flexibility and the story has gone through several revisions through the years, changing with the times and incorporating a variety of musical styles made popular in the 1930s, ‘40s, ‘50s and beyond.

“Hot Mikado is a fun little story and the plot line is simple and lighthearted,” Quillin says. “It has lots of musical turns including big band numbers, swing, pop, and rock. The characters are so funny.” • The original “Mikado” is set in Imperial Japan and all the character names remain the same in the modern version of “Hot Mikado”.

• The set will still have a Japanese feel but will introduce an art deco influence…reminiscent of the nightclub feel from the film Indiana Jones and the Temple of Doom.

• Liberties are being taken with costuming which will be geared toward the songs presented.

“Palm Springs can expect comedy, slap-stick, singing, dancing and a fun, family oriented show designed to entertain,” he says. “Come expecting to check your brain at the door and have a great time!”