Suzanne Somers Cheers on Women Who Lead Honorees at Ritz-Carlton 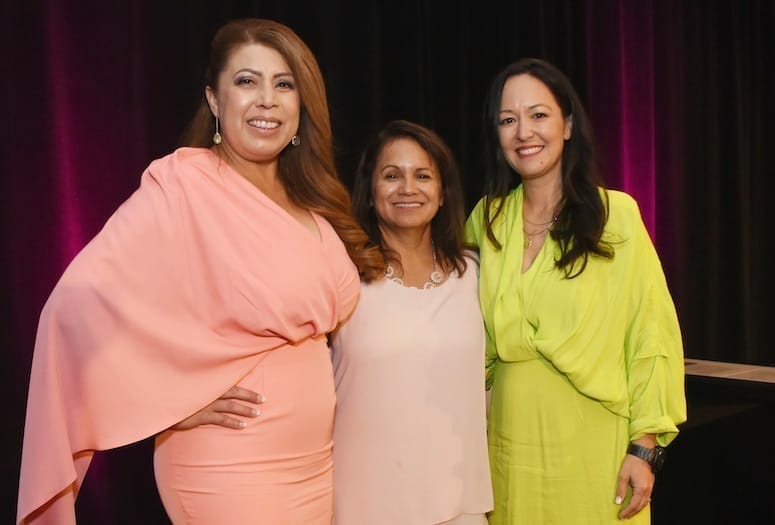 Women Who Lead honorees (from left) Martha Garcia, Leticia de Lara, and Tara Lazar were recognized May 25 with a luncheon at The Ritz-Carlton Rancho Mirage.
PHOTOGRAPHY BY LORETTA VLACH

The inspiration was not lost on keynote speaker Suzanne Somers.

After watching Tara Lazar, Martha Garcia, and Leticia de Lara be honored at the recent Women Who Lead Luncheon, the former Three’s Company star and entrepreneur had no trouble finding the common thread that led each of the trio to the stage at The Ritz-Carlton Rancho Mirage.

“If you want it in life, you can get it. There's no such thing as, I can’t,” Somers says. “You're all so impressive.”

For the 10th year, Palm Springs Life has honored three Coachella Valley women in business and in life for their accomplishments and leadership. Each has carved out a record of remarkable breakthroughs in their professional life and used those experiences to impact others following in their footsteps. The luncheon was presented by SBEMP Attorneys and sponsored by Raymond James, The Ritz-Carlton Rancho Mirage, and Valkyrie Selections. 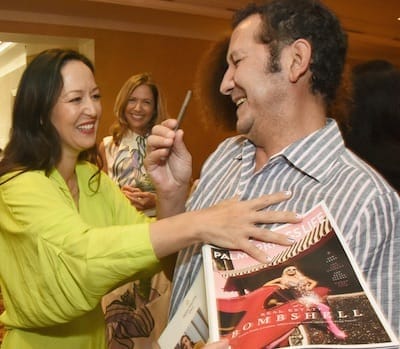 Tara Lazar signs a copy of the May 2022 issue of Palm Springs Life, which contained a story about the Women Who Lead award winners.
Lazar, a Palm Springs native, was honored as Business Leader for the restaurant and hotel group she has forged under the F10 Creative umbrella that she founded. Garcia, who received the Rising Star award, was hired less than a year ago to direct College of the Desert through one of its most ambitious expansion periods as president and CEO. de Lara, who is CEO of Regional Access Project Foundation, earned the Community/NonProfit Leader award for heading an organization that works collaboratively with other nonprofits in the areas of health, mental health, and juvenile interventions in eastern Riverside County.
Somers, who has lived in Palm Springs for more than 40 years, made her mark first in the entertainment arena as an actress and singer, and then took those tools to fuel her passion in alternative medicines as an author and spokesperson. Somers spoke to the Women Who Lead audience about finding her voice as an entrepreneur. 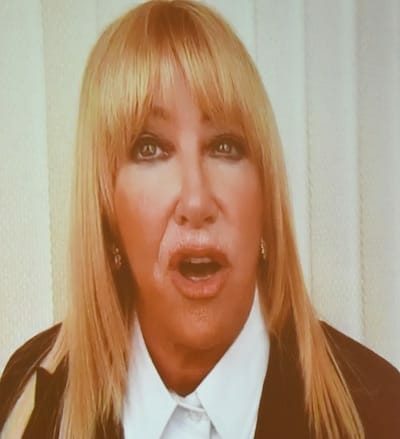 Suzanne Somers spoke from her home via livestream.

What is your overarching mission as an entrepreneur?

I tell you that because I remember sitting in my living room. It was a dark, cloudy day. And I was asking myself, "Why?" And then I heard a voice. And you know, we all hear voices. We don't always listen, but we hear them all the time. We call it gut instinct. Those are voices just for you. And this voice said, "Why are you focused on what you don't have? Why don't you focus on what you do have?" Now I'm talking to the voice. I go, "What do I have?" And the voice said, "You have an enormous visibility. Everybody in this country in most parts of the world knows your name. That's valuable." And I thought to myself, that is valuable.”

And then why did I get fired? I think it was all in the plan. The big plan from above. I think you can't get mad at things that happen in your life. You have to sit back and say, "What am I supposed to learn from this? How am I supposed to grow?" And I've done that with every single problem. 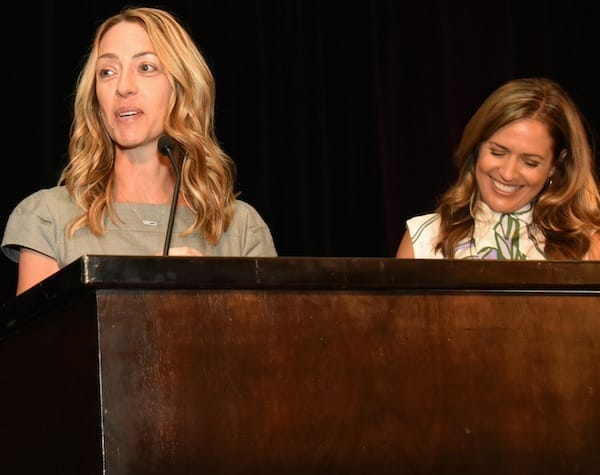 Is there some additional advice that today, as a very young 75 year old, you would give to your 21-year-old self?

Quit being so hard on yourself. I just never thought I ever measured up. When I went to Three's Company, I thought I was bringing nothing to the table. I said to them, "I don't have any acting experience, but I learn real fast.” I deserved to be there as much as them, and I did learn real fast as the public found out. And it was a trajectory I never expected to happen.

I sell my problems. My problems are my opportunity, as all of yours are. Your problems in life become your opportunity to figure out how to hear your messages and how to turn the trajectory of your life.

Don't let anybody turn your lights out. My father used to tell me, "You are stupid. You are hopeless. You are worthless. You are nothing." And then he'd go, "You are big zero." For a long time, I believed him. I believed him until my son at 5 years old was run over by a car. And then I had to take him to therapy to figure out how to get him over all these terrible nightmares he had. After a year the therapist said,  "He's fine. I want you to come." I said, "Why?" She said, "You have the lowest self esteem of anyone I've ever met. You apologize for who you are, what you are, where you come from, et cetera."

And it took me three years. One day, she said, "Where did you get the feeling you were worth so little? I said, "I don't know. I just always thought I was stupid and hopeless and worthless, and nothing and a big zero." And she said, "Where'd you hear that?" And that's when I put it all together, that it wasn't my fault and that I had something to bring to the world. And that's what I want to tell all of you. Don't let what others have told you define who you are. Do the work in your life. What is it you love? Don't work to make money. Money will come if you love what you do. If you have an idea, believe in it.

What do you tell people who ask how you became famous?

From the time I was a little girl hiding in a closet, I had a fantasy. And my fantasy was that I was on a big stage. I guess it was a baby stage, and my mother would be sitting in the front row, proud, and finally happy." It happened. Was that dream, was that fantasy, that potent? I think they are. So dream big. Dream your biggest dream. Be your grandest version of the greatest vision of yourself. Believe in it and never take your eye off that ball. Always keep your eye on that ball. And you'll get there. You'll get there.

• READ NEXT: Will Annette Morales Roe’s Plan to Import Water to the Salton Sea Sink or Swim?