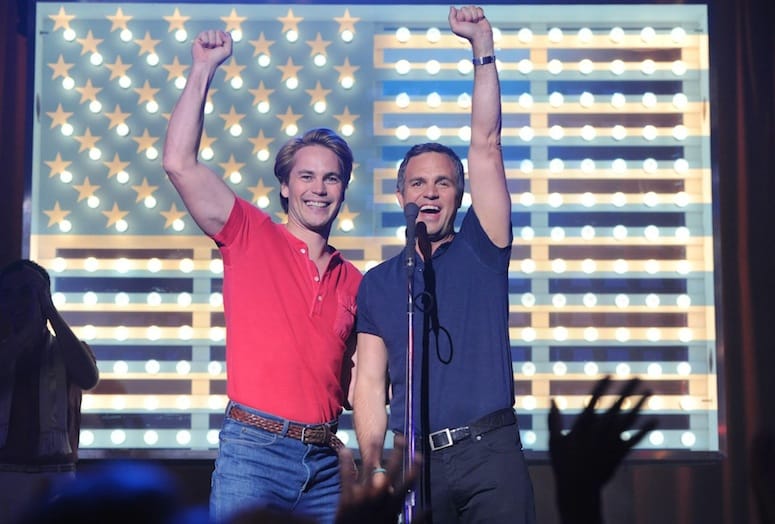 Taylor Kitsch is in an unusual position, and he knows it.

Unlike a majority of the directors of films set to screen at the Palm Springs International ShortFest, which opens June 17 and runs a week at Camelot Theatres, Kitsch’s film, Pieces, has already had an offer to be made into a full-length feature film.

Most directors can only hope for that to happen.

But they’re not Kitsch, who just recently finished appearing in The Normal Heart,  an HBO-movie based on the 1980s Larry Kramer play about the early struggles of the AIDS epidemic. The role has helped elevate Kitsch’s stature once again after two films (John Carter, Battleship) fell flat. Kitsch may be best known for his TV role as Tim Riggins on Friday Night Lights from 2006-11.

“We've been offered $5 million to make (Pieces) into a feature, and I'm lucky, too,” he says. “I know what situation I'm in and being an actor, and being lucky enough to get certain things or people come up to me.” But he’s not sold on the idea, which is why he’s coming to Palm Springs and bringing his cast with him for the June 21 premiere. Kitsch has shown the film to friends in the business he trusts, but he wants to see for himself how the film plays out in front of an audience.

“If it is junk, I just won't take it anywhere,” Kitsch says about the film’s future screening at other film festivals. “We'll just be like, ‘Hey, we chalked it up. We took a risk, we swung, and it wasn't potentially what it was going to be so let's just leave it’. It came out a lot better than what I had even hoped for the first go at it, and I've shown it to a lot of people that I admire and those guys really wouldn't bullshit me I don't think.”

How much time did you give yourself to shoot Pieces?
“We gave ourselves a week, and I shoot real quick. I take a lot from (director Peter) Berg (Friday Night Lights, Lone Survivor), and I've been lucky to work with some amazing directors, so you feel that you can. I think hiring people that you know what they're going to bring and they'll be ready, and having a great director of photography (Andrew Wheeler) that saw the vision that I had right away was really important in regards to saving time. I'm just one of those guys, I guess. When I know I got, we got it, we go. I love to keep an energy on set. It's kind of all the things you want as an actor on set.”

Was there any hesitation on your part about being in the film?
“It was more just having the opportunity to work with (actors) Josh (Pence) and Derek (Philips) ,and seeing what this vision of mine was going to come out to, you know?” You mentioned Peter Berg as a directorial influence. Anyone else you may have modeled yourself after?
“There's just an enormous amount of trust though with Pete. As an actor, that's everything on set. If you can establish that at the beginning along with the tone  and what you want from these guys, then I think you have a good chance to really  create something great depending on the material, I love to keep other actors, as an actor, on their toes, and depending on the material, it's like if they're doing the improv or you don't feel this would be said this way. I'm not giving guys wild takes once I know I've got it, and a lot of that got into the short.”

Where did your story originate?
“I've been exposed to some pretty sketchy things through my work, and interviewing people for Savages. Even in my past it was like I'm just using incredible stories of these drug drops, to all these things that go on that we don't know every day that are going on out there. It's fascinating. What it is to get into that mindset and to risk everything for this one moment to think your life is going to be better after you do it if it goes the way planned. You become pretty myopic when you're in that zone. What you're sacrificing is incredible.”

How did it feel being behind the camera?
“I'm loving it. I really do. I love the challenge. I love the pressure. It's such a high, and it really does come down to revision from the editing room, to writing it, to all of it. I just think you've got to believe in yourself so thoroughly, and there's something behind that that is very empowering.”

Pieces screens at 8:30 p.m. June 21 at Camelot Theatres as part of the Shooting Stars program of films.