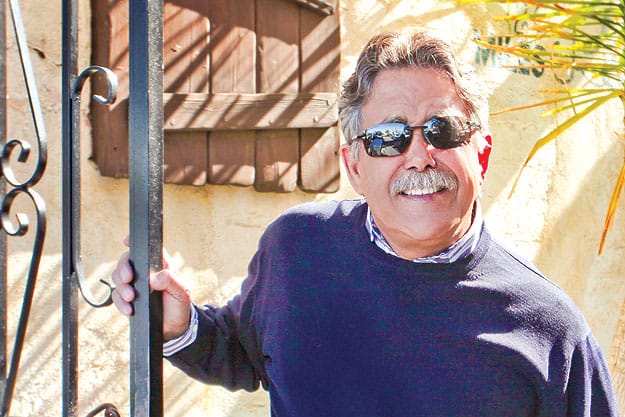 Louis Pagano, the owner of Fisherman's Market & Grill restaurants, furthers his empire with the expansion of Fisherman's Landing at JW Marriott Desert Springs Resort & Spa in Palm Desert. The restaurant is making waves with its lobster bisque, Alaskan king crab legs, and impressive seafood tower. Celebrity chefs Rachael Ray and Anthony Bourdain are hooked on Pagano and you will be, too.

What is your favorite at-home fish recipe?
Fresh-poached or steamed halibut or swordfish in white wine, parsley, butter, garlic, and salt and pepper.

What is the most expensive fish you have caught?
I have caught some large blue fin tuna that could have easily been sold on the Japanese market for top dollar, but it came to Fisherman’s Market & Grill instead.

What’s your thought on blue fin tuna?
It’s over-fished, but it’s great when eaten raw or seared, as long as it’s a No. 1 or No. 2 sushi grade with the bloodline cut out.

What is the most exotic fish you have caught?
I have too many to count. However, one of the most exhilarating to catch is the broad-billed swordfish. It is the king of the ocean, and it is very difficult to catch by rod and reel. It’s primarily long-lined or harpooned.

Near-death story?
One time we were clipped by a massive oil tanker in Puget Sound while fishing for salmon on a small boat. Seeing that massive propeller cruise by our faces while floating in the cold water and sinking in the fog was pretty scary.

What can we expect next from your fishing empire?
The expansion of Fisherman’s Landing at JW Marriott Desert Springs and expanding the Palm Desert location with a full liquor and oyster bar, along with a music venue.

What do you admire about fish?
It is a great nutritional protein that is finally being well-received by the masses. I feel proud to be able to offer 65 varieties of fresh fish at our locations.