"The Birth of the Cool" Symposium Explores Modernist Forms 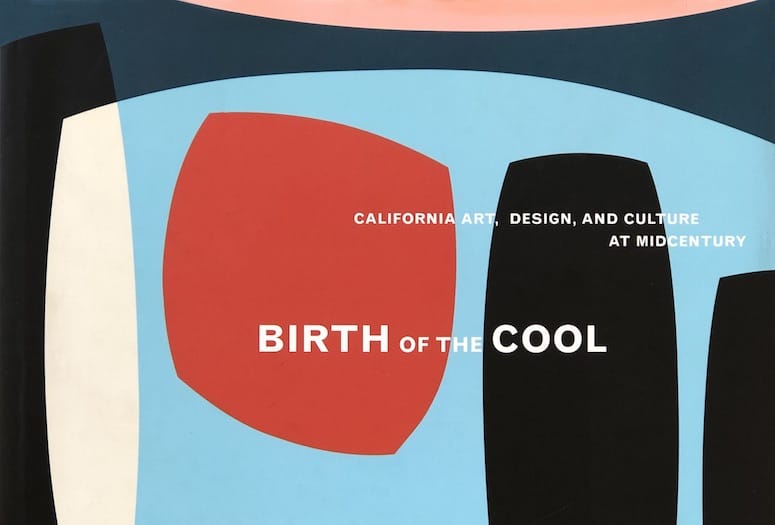 The Birth of the Cool, published in 2007 by Elizabeth Armstrong.

During Modernism Week, author Liz Armstrong will moderate a Feb. 22 symposium, Birth of the Cool, based on the title of her 2007 book which explored “the legacy of modernist forms of art, architecture, film, design and music as they evolved and peaked in Southern California in the 1950s.”

The Palm Springs Modern Committee (PS ModCom), a non-profit organization dedicated to the appreciation and preservation of Desert Modern architecture and design, has organized the symposium.

A panel featuring experts in a variety of fields will examine the confluence of ingredients that created the perfect environment in Southern California for new ideas to flourish. Armstrong will introduce the program with a look at the ‘zeitgeist of cool’ that pervaded the arts and culture of this period, followed by:

Peter Bart, a film executive and producer in the 1960s-70s and long-time editor of Variety, on being a player and witness to “the cool” in film and media.

Michael Boyd, furniture, landscape, and architectural designer, on his current mission to excavate the early modernism of architect A. Quincy Jones.

Brad Dunning, designer and writer, on some of the most fascinating client-and architect-duos of midcentury modernism.

Lorraine Wild, graphic designer and historian of American graphic design, on a group of pioneering but under-recognized designers at midcentury.

Armstrong, who also curated the Birth of the Cool exhibition at the Orange County Museum of Art in 2007, discusses her journey into California modernism.

What happened on your first visit to Palm Springs in the late 1990s?

Friends invited me to visit them in a rental in Twin Palms, a 1950s Alexander House that I later learned was owned by a preservation-minded California local named Chris Menrad. A few years later, on a visit to the Palm Springs Art Museum, I was driven to the top of a snaking mountain road to see one of the iconic masterpieces of modernism known as Frey House II. Built into the hillside around a giant rock, this was the house that the Swiss-born architect Albert Frey designed as his own residence in his adopted city of Palm Springs. Little did I know then that, almost two decades later, I would be given the unexpected opportunity to live with Albert (well, I had to channel his spirit but it was accessible) in that perfect house on the side of the San Jacinto mountains.

What raised your curiosity about California modernism?

My appreciation for California modernism, planted during those early visits to Palm Springs, grew considerably during my years working and raising a family in La Jolla and Newport Beach, California (1996-2008). I lived for a time in a classic 1950s ranch house in La Jolla, and a little later in a “modernism for the masses” house in Orange, California, known by the developer’s name as an Eichler Home. These sold for under $10,000 when first offered on the market in 1950, but of course by the time I found them in 2003 they had increased in value exponentially and were occupied by fashionable hipsters who drank martinis and played vinyl on their vintage turntables. But they were very cool!

What was the genesis for Birth of the Cool?

At this time, I was an art curator building a collection for the Orange County Museum of Art. I was drawn to the under-known canvases of a group of midcentury artists known as the “Abstract Classicists.” Their paintings were composed of floating planes of color and light or, alternatively, of exuberant and colorful geometric shapes that seemed to jump off the canvas.

Being a classic curator, I instinctively wanted to hang the modernist canvases in juxtaposition with a colorful fiberglass Eames armchair on the wall of a post and beam modernist house… and, voila, we have the bones of the Birth of the Cool program. My thesis was that the visual parallels between the paintings, the architecture, and the design of the period were more than meaningful coincidences. Did they simply share formal similarities, or did they reflect what I came to believe were synchronicities of sensibility and spirit that could only have been found at this time (1950s and early 1960s) and place (Southern California). 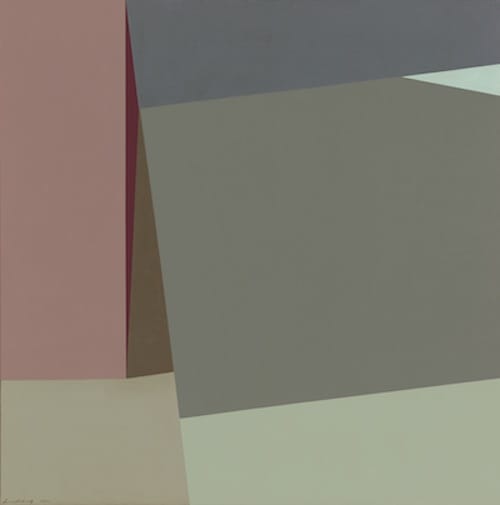 What did your research reveal?

The exhibition and the accompanying book took us on a deep dive into the ‘zeitgeist” of a California cool that emerged from a somber postwar culture to embody a lighter spirit of modernist ideals, sunny innovation, and the laid–back sounds of ‘pacific jazz.’ “Cool” is a term that spread from the vocabulary of jazz musicians into a broader cultural vernacular. A highly elusive notion, it connoted a detached casualness and apparent effortlessness. Cool Jazz became, for a time, quieter and more mellow; fashion design turned toward greater formality and simpler lines; paintings became more geometric and less personal. To quote the cultural historian Thomas Hine in our book for the show (Birth of the Cool: California Art, Design, and Culture at Midcentury, Orange County Museum of Art and Prestel Publishing, 2007): “Cool is a slippery concept, easy to feel but tough to grasp.” He found it easier to define it by those who personified it, from Jacqueline Kennedy to James Bond. It was Frank Sinatra smoking as he sang; the beatnik Maynard G. Krebs from the Dobie Gillis TV comedy; the trumpeter-singer Chet Baker, one of the best-known performers of cool jazz, and, as Hine so wonderfully described, his “…wasted angel persona.” Hine’s essay concluded: “It was the supremely cool behavior of Miles Davis whose lyrical playing and pure, vibrato-free tone seemed to define a postwar concept of cool…. He behaved more like a prince: aloof, entitled, seeming not to care whether anyone liked him or not, supremely cool.”

The kind of cool that flourished during this period will never entirely disappear, but it did admittedly lose its edge as it was co-opted by consumer and corporate culture and then replaced by the next shiny new things. But it has also been reimagined, here in Palm Springs, by the bold colors and geometric patterns of Jim Isermann’s designs (currently on view at the Palm Springs Art Museum Architecture + Design Center), and Trina Turk’s lifestyle brand, known for its “modern and optimistic outlook” that melds “the best of classic American Design with a California confidence, incorporating … an effortless élan and carefree glamour.” Now that’s pretty cool. And it’s no coincidence that both Isermann and Turk have restored historic midcentury homes in Palm Springs; and that the explicitly cool TV series, Mad Men, made its debut in 2007 and ruled the airwaves through 2015; and that Modernism Week, which began in Palm Springs in 2006 as a program exploring midcentury architecture and design, has expanded in size and content to incorporate a wide range of aspects of a midcentury zeitgeist of cool that compels audiences from across the country and beyond to descend on this iconic city and attend its events today.