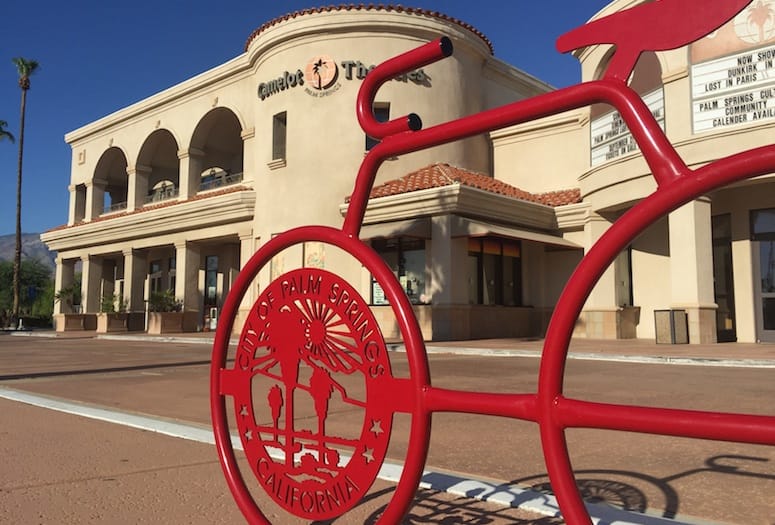 Bette Davis takes center stage at the Camelot Theatres during the month of August as one of the top 100 actors/actresses included in the Best Actor/ Best Actress Series by Palm Springs Cultural Center Community Theatre.

Films featured are: Now, Voyager, The Great Lie, Hush, Hush Sweet Charlotte, and Of Human Bondage. The films are shown at noon, Monday through Friday, at the Camelot Theatres in Palm Springs.

Davis is a beloved American actress known for her intense style and unconventional tastes. David Shipman writes in his 1988 book, Movie Talk, “Davis sought roles as manipulators and killers in an era when actresses usually preferred to play sympathetic characters, and she excelled in them. She favored authenticity over glamour and was willing to change her own appearance if it suited the character.”

Her film career spanned decades and included 10 Oscar nominations for Best Actress, winning two for the films Dangerous (1935), and Jezebel (1938). In 1977, she was the first woman to receive the American Film Institute’s Lifetime Achievement Award.

Here is a breakdown of the August films.

Now, Voyager (1942), Aug. 7 – 11
Davis was nominated for an Oscar for her performance as the drab spinster, Charlotte Vale who undergoes a remarkable transformation once she leaves the controlling eye of her mother (Gladys Cooper) and falls in love with a married man (Paul Henreid).

The Great Lie (1941), Aug. 14 – 18
Encouraged by adoring fans to plays a “nice” role, Davis is the sympathetic Maggie Peterson who offers to care for her estranged husband lover (Mary Astor) and their daughter when he (George Brent) is presumed lost in an aviation accident. When he is found alive, she claims the daughter as her biological own.

Hush, Hush Sweet Charlotte (1964), Aug. 21 – 25
Directed by Robert Aldrich as a follow up to the unexpected hit What Ever Happened To Baby Jane? (1962) starring Davis and Joan Crawford, the idea was to create a film with similar themes except the actresses would switch the roles they played from the previous film. Crawford would ultimately be replaced by Olivia de Havilland to play opposite Davis. This time, Davis is the innocent Charlotte Hollis, accused of killing her former lover and forced to live as a recluse in a southern mansion. She calls upon the help of her poor cousin (de Havilland) to fight the Highway Commission, who is trying to take her land. Once her cousin arrives however, her mental state deteriorates as she is haunted by her former lover’s dead body.

Of Human Bondage (1934) Aug. 28 to Sept. 1
Considered by many to be her breakout role, Davis plays the vulgar and disingenuous seductress Mildred Rogers who toys with her impassioned lover (Leslie Howard) wrecking havoc over the course of their lives.